Frank Vatrano has always been electrifying. But in his first stint with the Boston Bruins earlier this season, the 22-year-old winger wasn’t exactly consistent.

Vatrano was held off the scoresheet in 24 of his first 30 games at the NHL level, tallying six goals and one assist during that span before being reassigned to Providence in mid-January.

A two-month goal-scoring rampage through the American Hockey League earned Vatrano a ticket back to Boston, and since joining the big club a second time, he thus far has avoided the prolonged valleys that plagued his maiden NHL voyage.

Vatrano has tallied a point in four of the five games he’s played since that second call-up, most recently potting his eighth career goal in Friday night’s 6-5 win over the St. Louis Blues.

Spooner and Stempniak combine to set up Vatrano:https://t.co/RkI4Y0mAmE

Vatrano also dished out six hits in the win, good for second on the team behind fellow rookie forward Noel Acciari.

Some additional notes from Boston’s seventh six-goal game of the season:

— The Bruins had an unlikely fan Friday night:

Little bit of a weird thing to say but come on Bruins!

Boston did end up helping out the ex-Bruins forward, as their win allowed Seguin’s Dallas Stars to maintain a two-point lead on the Blues for first place in the Central Division.

— Loui Eriksson tallied a goal and an assist in the win to reach the 500-point plateau for his career.

Loui Eriksson, with a goal and assist tonight, picks up his 500th NHL point! pic.twitter.com/GhzxS2AaHD

— Kevan Miller left the game in the first period after suffering a lower body injury. Bruins coach Claude Julien reportedly didn’t offer much of an update on the defenseman’s status after the game but indicated Miller likely will travel with the team to Chicago, where the Bruins will play the Blackhawks on Sunday afternoon.

Not much information on Kevan Miller (lower-body) post-game. Julien said he believed he would continue with team to Chicago.

— Before the game, the Bruins announced the signing of Boston University defenseman Matt Grzelcyk to a two-year, entry-level contract. Grzelcyk, whom Boston selected 85th overall in the 2012 NHL Draft, will play out the rest of this season with Providence on an amateur tryout agreement.

?Matty?s a really good puck-mover,” Sweeney said of the Charlestown, Mass., native, as aired on “Bruins Face-Off LIVE.” “A smart, smart hockey player. The game nowadays is you can spend less time in your own end and get the puck into the forwards? hands. … He?s got a power-play component to him. He?s proven at every level that he can handle despite the size that most people point out would be a liability, and it?s not for him.” 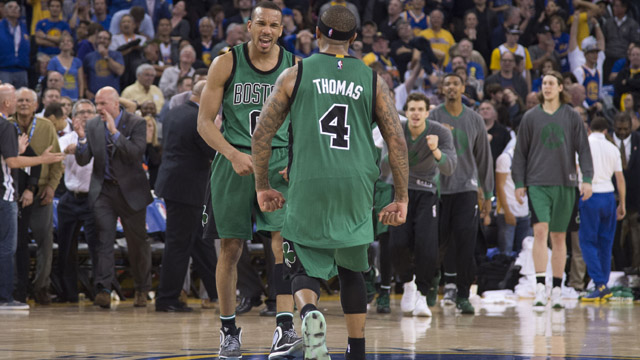