The actress defended her husband, Dwyane Wade, on Twitter late Wednesday night after the Miami Heat lost to the Charlotte Hornets 90-88 in Game 5 of their first-round NBA playoff series. The actress completely blasted the officials for not calling a foul on Wade’s potential game-tying shot in the closing seconds.

How is this not a foul?!?!?? #HeatGang @DwyaneWade bs man. Great game ? pic.twitter.com/IGwjaFJldX

And we’re not talking about a tweet or two expressing her displeasure. Oh no. Union unleashed a full-fledged assault on the refs, even calling for them to be disciplined whenever they mess up.

They need to get fined. Period. Crappy officiating deserves a FINE and suspension. Not after the fact "oh well" https://t.co/B6CSxn4ck2

2 min report is BS… after the fact WHO CARES?!?!?! If you don't #FineEm what's the motivation to get it right in the future?? #logic

And plsssss…hands straight up mean NADA if you get hit with the body down low. Stop it #FineEm

Yes and they should be held accountable when they mess up #FineEm https://t.co/OJ1zGsoG9j

My butt is actually amazing… your avi on the other hand ??? https://t.co/ISqOFApvHk

Must have been the margaritas talking. 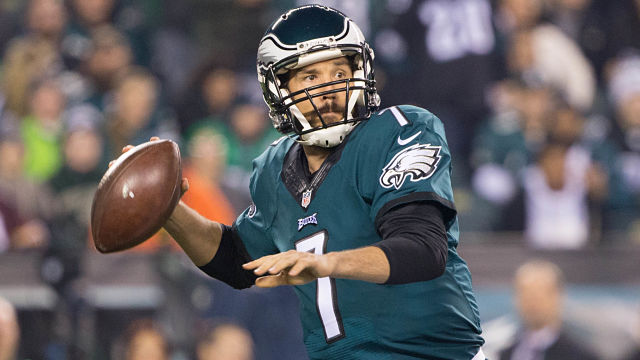 NFL Trade Rumors: It Doesn’t Sound Like Sam Bradford Will Be Swapped