Myles Jack Among Players Patriots Could Have Picked 29th In NFL Draft - NESN.com Skip to content

You might have heard, but the New England Patriots didn’t have a first-round selection in the 2016 NFL Draft on Thursday night.

The Patriots forfeited their first-round pick as part of their punishment for the Deflategate scandal. They also lost a 2017 fourth-round draft pick, and quarterback Tom Brady was suspended four games as part of the discipline.

Had NFL commissioner Roger Goodell not taken the Patriots’ first-round selection, Bill Belichick would have had his pick of some pretty talented defenders and offensive tackles at 29th overall.

The Arizona Cardinals selected Ole Miss defensive tackle Robert Nkemdiche 29th overall, the Carolina Panthers grabbed Louisiana Tech defensive tackle Vernon Butler 30th overall and the Seattle Seahawks drafted Texas A&M offensive tackle Germain Ifedi 31st overall. Those are the players Patriots fans will undoubtedly track throughout their careers to see what their team could have had at the end of the first round. They also would have filled obvious needs for the Patriots on both sides of the line.

We’re getting into a dangerous game of “what ifs,” but the Patriots likely would have considered taking Ragland, Robinson or Reed. Belichick has a great relationship with Alabama head coach Nick Saban, and all three players fit needs on the Patriots’ defense. Ragland is a big SEC linebacker who could have played next to Dont’a Hightower and Jamie Collins, and Reed and Robinson are two of the best run stuffers in the draft.

The Patriots could have taken a risk by selecting Jack, who was regarded by some as a top five talent in the 2016 NFL Draft. Knee issues forced him to slip out of the first round.

Spriggs is a classic fit for a Patriots offensive tackle. He’s big and super athletic, just like Nate Solder and Sebastian Vollmer.

Nkemdiche might be too big of an off-field risk, but Butler and Ifedi would have filled needs for the Patriots.

With any luck, some of the players listed above will be available for the Patriots with the 60th and 61st overall picks Friday night. The Patriots also could package picks to move up in the second round. 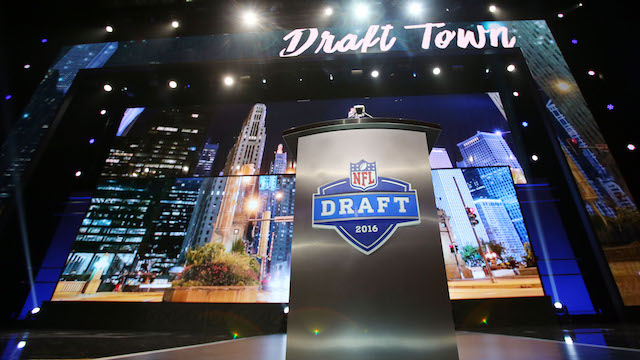 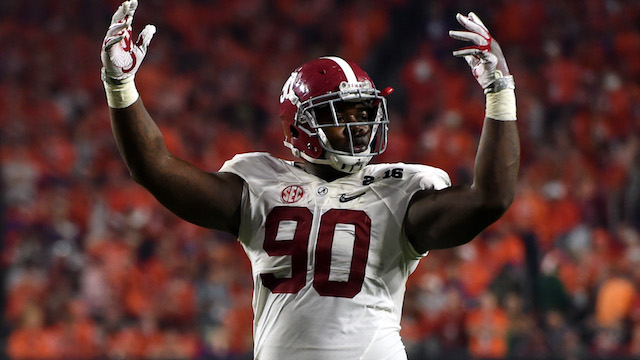