Without a first-round draft pick, or really any potential of acquiring one, Thursday night will be dedicated to watching the Boston Celtics (if they make it that far) rather than tuning in to watch NFL commissioner Roger Goodell announce draft picks for the other 31 teams.

Interest certainly will spike heading into Day 2 of the draft, when Patriots fans know who will be available for their team late in the second and third rounds. But that’s still not as exciting as the potential of adding another blue-chip prospect on Day 1.

Try to get excited about the 2016 draft via this week’s mailbag.

@DougKyed If the Pats go back to more 3-4 D how does that impact Hightower and Collins?
— @TheRealDonLobo
I still don’t think the Patriots will switch to a 3-4, but if they do, it wouldn’t impact Dont’a Hightower or Jamie Collins very much. Hightower and Collins don’t stick to specific linebacker roles in a 4-3, and either can play inside or outside in a 3-4. I’m not convinced the Patriots have the right bodies up front for a 3-4, but a switch would make Collins and Hightower even more versatile.

@DougKyed will the WR we draft this year be a bust
— @jyanrackson
History says yes, but pure odds suggest they’ll hit at some point.

@DougKyed What 2nd or 3rd round cornerbacks in the draft fit the Patriots system the best?
— @Kwadare
Based on testing numbers, Maryland’s Sean Davis, Baylor’s Xavien Howard, LSU’s Jalen Mills, Alabama’s Cyrus Jones and Notre Dame’s KeiVarae Russell all are good fits for the Patriots.

Since Malcolm Butler and Logan Ryan will be free agents after the season and the Patriots didn’t sign a big-name cornerback, I think it makes sense to use a high pick at the position.

@DougKyed do you think Pats will have a sufficient interior pass rush with Easley, Jones and Hicks gone?
— @usa_k9
That’s a very good question. Barring injuries, Jabaal Sheard, Rob Ninkovich and Chris Long will share the field in obvious passing situations. It’s unclear who the fourth man on the defensive line will be. The Patriots could view Malcom Brown as a three-down player. He was a solid pass rusher in college and flashed in that role as a rookie. They also could use a “NASCAR” set with either Trey Flowers or Geneo Grissom playing inside. It would behoove the Patriots to draft a defensive tackle who can contribute as a pass rusher.

@DougKyed During the playoffs, pats Oline was less than stellar. See any big changes coming? Adjustments? Cannon sticking around? #mailbag
— @Lab_Casual
The biggest change is Nate Solder’s health. The Patriots were forced to move Sebastian Vollmer from the right side to the left and Marcus Cannon into a starting role. The Patriots could replace Cannon with either LaAdrian Waddle or a rookie at swing tackle, which could help. The interior line could be helped with an added year of experience for Shaq Mason and Tre’ Jackson and some better coaching from Dante Scarnecchia.

@DougKyed sup? Word to @June__NYC lol ?
— @OmarAbushaib
Just got home from NXT Lowell, going to NXT Kingston on Friday. Writing a mailbag, getting excited for the draft. That’s pretty much it.

@DougKyed is there a trade/move you think the pats could make that we don’t see coming?
— @NateGilbert
I have no insight on if he’s available or if the Patriots are or would be interested, but I think they should look into trading for Kansas City Chiefs running back Jamaal Charles. One would think he’d be available for a second- or third-round draft pick, since the Chiefs extended Charcandrick West and Spencer Ware this offseason.

Charles likely would be more productive over the next three to four years than any running back the Patriots could draft in the second or third round of the 2016 NFL Draft. There is some risk involved, since Charles is coming off of a torn ACL. When healthy, however, Charles still is one of the best running backs in the NFL. He ran for 5.1 yards per carry in 2015.

@DougKyed do you think Steve Belichick was ready to be a positional coach?
— @hollywood181
I do. He’d been a coaching assistant for four years, so he clearly understands the rigors of being an NFL assistant coach. And Bill Belichick isn’t exactly the sentimental type, willing to pass over a more worthy coach just to employ his son. I think the Patriots’ safeties will be just fine in 2016.

@DougKyed what do you think of WWE’s decision to have balor drop the title at a live event
— @FauxNinkovich50
Since I was there Thursday when Samoa Joe beat Finn Balor for the NXT Championship in Lowell, Mass., I thought it was awesome. If I hadn’t been there, and I couldn’t see the match, I’d probably think differently.

If it means Finn will be promoted to the main roster soon, then I support it even more. 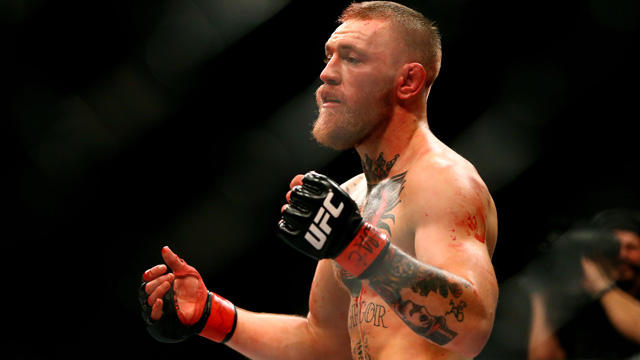 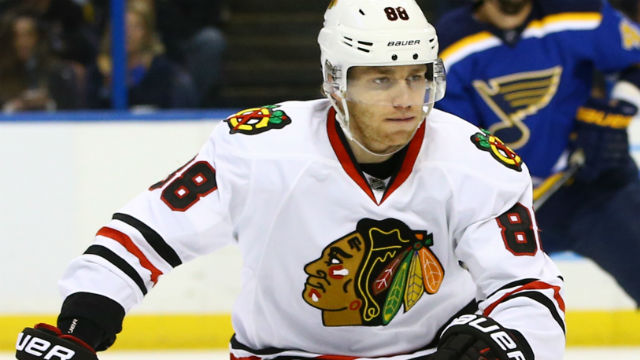