Predators Complete Upset Of Ducks In Game 7 As Another West Power Falls - NESN.com Skip to content

The Anaheim Ducks’ season ended in familiar fashion Wednesday night — with another team celebrating a Game 7 victory on the Honda Center ice.

The Nashville Predators completed their first-round Stanley Cup playoff series upset of the Ducks with a 2-1 victory in the deciding seventh game, handing Anaheim its fourth Game 7 home loss in as many seasons. (The Ducks also led 3-2 in each of those four series.)

Nashville, which was playing in a Game 7 for the first time in franchise history and hadn’t won a playoff series since 2012, now advances to take on the San Jose Sharks in the second round.

“It’s a big step,” Predators coach Peter Laviolette told reporters, via NHL.com. “I feel that if you can’t take this one step, you can’t take any more steps. That makes it a really big win for our guys and for our team. When you’re faced with these situations, you’re either going home or going on and playing hockey to continue to fight for the Cup. It was a big night.”

First-period goals by Colin Wilson and Paul Gaustad gave Nashville a 2-0 lead it would not relinquish. Ryan Kesler scored 1:45 into the third period to cut the Ducks’ deficit to one, but they were unable to shove an equalizer past goalie Pekka Rinne, who finished with 36 saves.

Anaheim very nearly pulled even with less than eight minutes to play, but Hampus Lindholm’s shot from the point rang the left post, and Corey Perry was unable to swat it out of the air and into the open net. Rinne held strong the rest of the way.

Oh man SO close to a tie game for the Ducks pic.twitter.com/7EEuMo9JrR

The Ducks, who fell one win shy of the Stanley Cup Final last season, were viewed as a favorite in the Western Conference, especially after the Los Angeles Kings and Chicago Blackhawks also suffered first-round defeats. With all three of those teams — which have combined to win six of the last nine Stanley Cups — now eliminated, the West is a wide-open race.

Neither the Predators nor the Sharks, who ousted the Kings in five games, have ever appeared in a Cup Final. The St. Louis Blues, who exorcised their demons against the rival Blackhawks in a thrilling seven-game series, haven’t played for a title since losing to Bobby Orr’s Boston Bruins in 1970. The top-seeded Dallas Stars, the only remaining Western Conference team that has won a Cup, have gone without a Cup Final appearance since 2000 and, before putting away the Minnesota Wild in the first round, hadn’t won a playoff series since 2008. 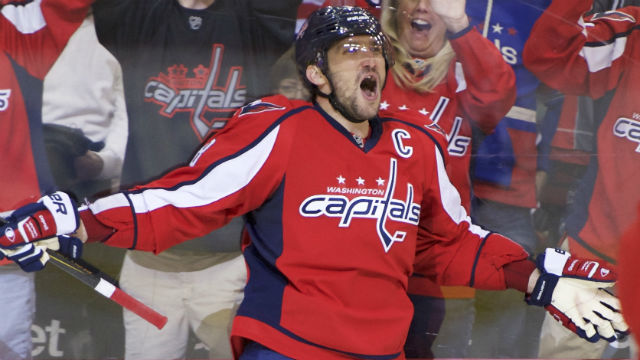 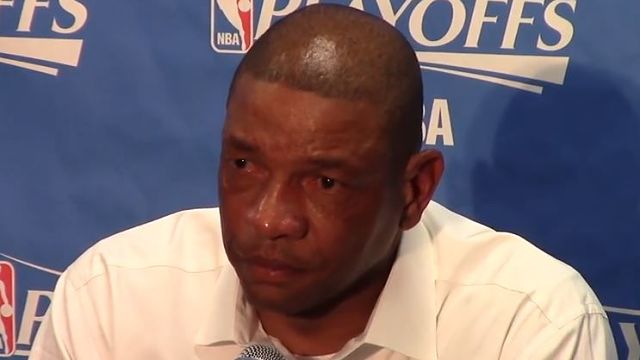 Doc Rivers Tears Up While Thinking About Mother During News Conference