Henry Owens made his 2016 major league debut and David Ortiz played his final game in Houston, but it was Heath Hembree who was the hero of the Boston Red Sox’s series against the Astros.

Hembree, who only was recalled from Triple-A Pawtucket on Tuesday, came on in the 10th inning after Red Sox closer Craig Kimbrel blew a save in the ninth by allowing Astros left fielder Colby Rasmus to tie the game with a two-run homer. Hembree held on through three scoreless innings, allowing just two hits and striking out four, including the final two batters of the game.

?He continues to come along so strong for us,? Red Sox manger John Farrell told reporters after Boston’s 7-5 win, per the Boston Herald’s Jason Mastrodonato. ?And through all the shuttle we?ve gone through, if there?s a silver lining in this, it?s been the arrival of Heath Hembree, the further development of him, the ability to make big pitches in pressure situations.”

Sunday’s win was the second time in less than a week that Hembree came through when the Red Sox really needed him. The right-hander pitched 3 1/3 scoreless innings Wednesday when starter Joe Kelly was injured in the first inning of Boston’s game against the Tampa Bay Rays.

?You give me a day off, I think I can go three innings every time,? Hembree joked, per Mastrodonato. ?No, I’m just trying to go out there and make pitches and go as long as I can.?

Here are some more notes from Sunday’s win.

— Center fielder Jackie Bradley Jr. and catcher Ryan Hanigan also deserve their share of credit for the win. Hanigan worked a 13-pitch walk in the 12th inning to load the bases, setting the stage for Bradley’s go-ahead RBI single.

?You get down but we still had some game left,? Bradley told reporters, per The Boston Globe’s Pete Abraham. ?Good team win, the way we fought back. It?s going to be a lot easier flight.?

— Despite dipping into the bullpen early once again, Farrell told reporters the Red Sox probably won’t make another pitching move before their home-and-home series with the Braves starts Monday in Atlanta. Monday’s starter Rick Porcello has made it through the sixth inning in all three of his outings this season.

— And speaking of worn-out relievers, it was another rough night for Kimbrel. The closer served Rasmus a 98 mph fastball in the ninth, but it was right over the plate and left Minute Maid Park to tie the game. And with two outs at the time, it’s hard to say this case was anything other than one bad pitch from Kimbrel.

?That was the pitch I should have thrown,? Kimbrel told reporters, per the Boston Herald’s Evan Drellich. ?It was just a bad location. Any time you leave it over the plate, it?s got a chance to get a hit, and it wasn?t where I was trying to throw it.?

— Starter Eduardo Rodriguez and reliever Carson Smith are inching ever closer to their Red Sox returns. Rodriguez threw 70 pitches and five innings Saturday, and Farrell said the left-hander will make a start High-A Salem before moving up to Triple-A Pawtucket. Smith also pitched Saturday and will get a few appearances in Pawtucket, too.

Rodriguez could be back my mid-May, while Smith might be back as early as this weekend, per MLB.com’s Chris Abshire. 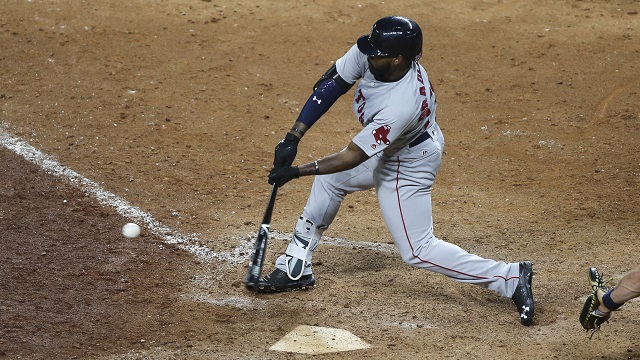 Red Sox Wrap: Boston Holds On For 7-5 Win Vs. Astros In Extra Innings 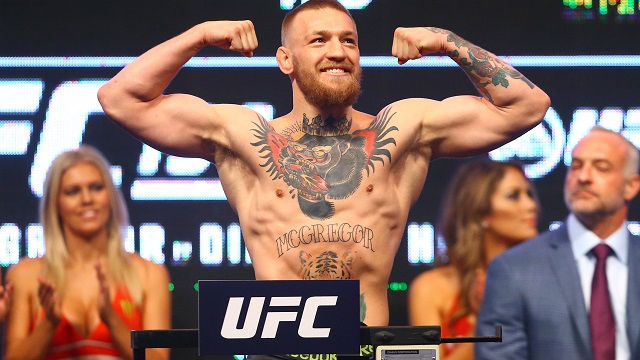 Conor McGregor Tweets He Will Fight At UFC 200; UFC Yet To Confirm