The Andrew Benintendi hype train has left the station and doesn’t show any signs of stopping anytime soon.

The heralded Boston Red Sox prospect was promoted to Double-A Portland on Sunday and made his Eastern League debut Monday night.

The No. 7 overall pick of the 2015 MLB Draft had an unspectacular debut — 0-for-4 with a strikeout — but his rapid ascent through the minor leagues has some wondering whether the Arkansas product can reach Boston before season’s end.

“Some guys, that path is quicker,” Red Sox roving outfielder coordinator Billy McMillon told The Boston Globe. “In our limited exposure with him, he?s demonstrated that he?s ready for the next challenge. If he comes up here and does what?s expected or what we hope, then it shouldn?t be that much of a surprise (to see him keep moving up the ladder) given how quickly some of our other guys have gone through the system. It?s a pleasure when we see that happening. We try to, as an organization, identify guys that are ready for that.”

Benintendi, considered one of the best offensive players in the 2015 draft, certainly proved he was ready for his most recent promotion. In 34 games at Single-A Salem, Benintendi hit .341 with 21 extra-base hits and 32 RBIs. His .976 OPS actually was an improvement on his .947 mark Greenville and Lowell last season.

If he shows the ability to replicate those numbers, or something close to it, in his latest stop, he could be on the move again soon.

The natural comparison for Benintendi within the Red Sox organization is second baseman Dustin Pedroia, who like Benintendi, was a polished hitter drafted out of college. Even so, Pedroia spent nearly two full seasons in the minors before making his major league debut in 2006.

But if Benintendi goes out and puts up a similar slash line against better pitching at Double-A, well …

“He?s certainly ready for this challenge. The next challenge, we?ll see,” McMillon told the Globe. “I definitely don?t want to put a timetable on it or anything like that, but if he continues to put together quality at-bats and play good defense, it won?t be a surprise if that happens. If he does here what he did in High A, that?s going to be some interesting discussions that (Red Sox manager John Farrell) and (president of baseball operations Dave Dombrowski) are going to have to have, trying to get this guy to help this organization out.”

Red Sox director of player development Ben Crockett, however, is keeping the Benintendi cards close to the vest.

“I don?t think we had a specific timetable in mind, to be ahead or behind,” he said, according to Portland Press Herald.

The Red Sox are off to a fine start to the season, and it’s not like anyone is calling on the team to fast-track Benintendi to Boston as a savior. But when rosters expand in September as the minor league season concludes, maybe that’s a chance for the Red Sox to really see what they have in the 21-year-old.

At this point, it’s not a matter of if Benintendi reaches the majors but rather when he gets the ultimate call. Given everything we’ve seen so far, don’t be surprised if that call comes sooner rather than later. 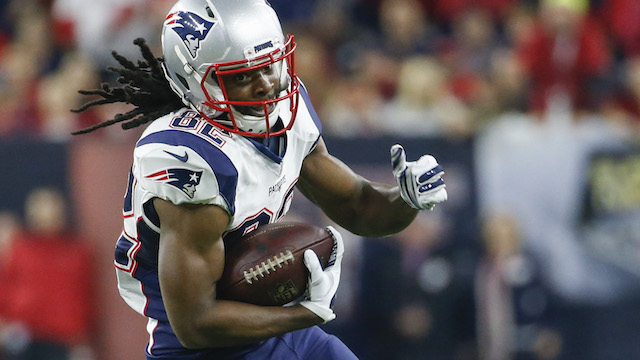