Sevilla mounted a stunning second-half comeback at Liverpool’s expense. After struggling in the first half, Sevilla tied the score less than a minute into the second half on Gameiro’s goal. Coke added two more within 25 minutes, and Liverpool had neither the energy nor belief to create another European miracle.

Liverpool’s season ends on a sour note, considering it played so well in the first half and was 45 minutes away from glory.

FULL-TIME: Heartbreak for #LFC as they suffer a 3-1 defeat to Sevilla in the Europa League final pic.twitter.com/KvC8QvJ4pG

11 – Sevilla had 11 shots vs Liverpool, with all but one of them coming in the second half. Hustlers.

90th minute, 3-1 Sevilla: There will be four minutes of added time in the second half.

Desperation is seeping into Liverpool’s play, as the clock ticks toward the 90-minute mark.

8nd minute, 3-1 Sevilla: The referee cautions Mariano for time-wasting. He took too long to throw the ball back into play.

Liverpool has three strikers on the field and only three defenders. It’s a gamble from Klopp.

Coutinho, Liverpool’s Player of the Year, has made little impact on this Europa League final.

The referee cautions Rami for taking too long to leave the field.

70th minute, 3-1 Sevilla: Liverpool’s task just grew larger, as Coke has scored his second goal of the half.

Coke secures his brace to give Sevilla a 2-goal cushion over Liverpool. #LIVSEV #UELfinal https://t.co/YnX3VjF2II

There’s some controversy. Coke thought he was offside, but the referee determined the ball deflected off Moreno.

Coke normally plays as a defender, but he’s doing just fine as a wide midfielder on the right.

Sevilla captain Coke has scored his first ever goals in the competition proper tonight! #UELfinal pic.twitter.com/rIhsBkZCvm

2 – For the first time since August 2013 (EL Quali at Mladost Podgorica) Coke scores a brace in a competitive match. Twice. #LIVSEV

3 – Sevilla have scored with three of their four shots on target in this match. Comeback.

64th minute, 2-1 Sevilla: Coke has put Sevilla in front with a fine curling effort from the edge of Liverpool’s penalty area.

"What a sequence. What a goal." Coke caps off a sublime move to put Sevilla in front. #LIVSEV #UELfinal https://t.co/syHeTsAz9M

1 – Coke has scored his first goal in the Europa League. Fizz.

2/3 – Sevilla scored with two of their three shots on target vs Liverpool in the second half. Blitz.

60th minute, 1-1: Mignolet denies Gameiro a second goal with a reflex save.

13 – Daniel Sturridge is now the top goalscorer of Liverpool in all competitions this season. Golden.

57th minute, 1-1: The referee cautions Banega for a foul on Toure, as Sevilla picks up back-to-back yellow cards.

47th minute, 1-1: Gameiro races in behind the defense, but Kolo Toure intervenes at the last moment to block his shot.

Gameiro's strike was his 8th in the #UEL this term.
Has he fired them to another title? Moments away… #UELfinal pic.twitter.com/cnLswkAdbM

Moreno’s clearance fell to Mariano, who weaved his way through the Liverpool defense before passing to Gameiro at the back post for the tap-in.

1 – Sevilla have scored with their first shot on target in this match. Sleeping.

Halftime, 1-0: That’s the end of the first half. Liverpool leads by one and is 45 minutes away from lifting the UEFA Cup.

Liverpool needed about five minutes to show what it’s made of. The Reds have been better than Sevilla physically, tactically and mentally, and Sturridge’s superb goal represents the differences between the teams in both technique and score-line after 45 minutes.

If the Reds can maintain this pace and form, they’re bound to win their first European trophy since 2005.

45th minute, 1-0 Liverpool: Clyne crosses another dangerous ball toward Sturridge at the back post, but the goal-scorer can’t touch it and tap it home.

42nd minute, 1-0 Liverpool: Liverpool is on the hunt for a second goal, which could kill off Sevilla before halftime. Sturridge, Firmino and Lallana are combining well in Sevilla’s half, creating danger on the right and through the middle.

39th minute, 1-0 Liverpool: Lovren thought he had doubled Liverpool’s lead by heading home a corner kick, but Sturridge was offside. The referee disallowed the goal.

35th minute, 1-0 Liverpool: Sturridge puts Liverpool in front with a fine finish with the outside of his left foot.

It’s Sturridge’s third Europa League goal in nine games this season. The Liverpool striker officially is on fire in in England and in Europe.

3 – Daniel Sturridge was involved in the last three EL goals of Liverpool, scoring two and assisting the other. Diamond.

6 – Daniel Sturridge has scored six times in his last nine starts for Liverpool in all comps. Raring.

30th minute, 0-0: The referee cautions Dejan Lovren for a foul on Kevin Gameiro. Lovren didn’t need to make such a forceful challenge in that part of the field.

Kevin Gameiro going through the motions in the Europa League final. (@philousports) pic.twitter.com/hQEg6tX5H2

29th minute, 0-0: Mariano’s run down the right side earns Sevilla a corner kick. Sevilla then pins back Liverpool for a short spell, before the Reds eliminate the danger.

25th minute, 0-0: Adam Lallana cuts inside and slips a pass forward to Sturridge, who shoots on goal. Soria reacted quickly and cut down the angle, denying Sturridge the opening goal.

22nd minute, 0-0: The opening stages have been as tight as predictions said the game would be, as neither team has taken control of the game or carved opening in the opponents’ defense on a regular basis.

12th minute, 0-0: Firmino wants a penalty after Carrico makes contact with him inside Sevilla’s penalty area. Carrico also appeared to hit the ball with his hand. The referee denies Firmino’s appeal.

11th minute, 0-0: Daniel Carico hooks Daniel Sturridge’s header away from the back post. It was only inches from the goal line.

Daniel Carriço with a brilliant acrobatic clearance off the line. pic.twitter.com/CuZh9eqtxJ

Nathaniel Clyne played an accurate cross to Sturridge. Clyne is providing an attacking threat on the right side early on.

Eighth minute, 0-0: David Soria bats away Can’s shot from distance, as Liverpool has the first effort on goal after a quiet opening spell.

Fifth minute, 0-0: Sevilla has started better on the field. Liverpool fans are dominating off it.

Third minute, 0-0: The referee whistles Emre Can for a foul on Ever Banega. Can, 22, is a key player for Liverpool, despite his young age. He must control his combative streak in this pressure-packed game.

Kickoff: The 2016 UEFA Europa League Final between Liverpool and Sevilla is underway.

KICK-OFF: Daniel Sturridge and James Milner get the #UELfinal under way – come on, #LFC! pic.twitter.com/vK2XUW00PF

Pregame: Neither Klopp nor Sevilla’s Unai Emery made an surprising decisions with their starting lineups.

The strength of Liverpool’s 11 reflects the occasion, as Klopp picked the players who were in the best form in the final weeks of the season. That means Jordan Henderson and Divock Origi must settle for places on the bench, having just returned from serious injury in the last few days.

Liverpool are aiming to match Sevilla?s record of 4 Europa League titles! Big day for the men in red. #UELFinal pic.twitter.com/YqfE4BRPea

1:45 p.m. ET: The past, present and future of Liverpool FC and European soccer are set to collide in Basel, Switzerland.

Liverpool faces Sevilla on Wednesday at St. Jakob-Park in the 2016 UEFA Europa League Final. The teams have a chance to redeem their otherwise difficult 2015-16 season by lifting the UEFA Cup and joining the cast of European heroes of which both clubs have boasted throughout their storied histories.

The teams share seven UEFA Cups between them and have never lost a final in this competition. That will change in Basel.

100% – Sevilla and Liverpool have both won all of their finals in the Europa League/UEFA Cup: 4/4 and 3/3 respectively. Heavyweights.

A Sevilla victory over Liverpool would represent an unprecedented hat trick of titles in the Europa League or its forerunner, the UEFA Cup. Only Bayern Munich has won three consecutive European titles, doing so in the European Cup (present-day UEFA Champions League) between 1974 and 1976. Juventus played in three consecutive Champions League finals between 1996 and 1998 but it won the first and lost the other two. Sevilla will either join company of either Bayern Munich or Juventus, depending on the outcome of its game against Liverpool.

Liverpool will compete in its 12th European final, having won eight of the previous 11. The Reds lifted the UEFA Cup in 1973, 1976 and most recently in 2001. Many will see victory over Sevilla as stepping-stone toward a new era of success under manager Jurgen Klopp.

But the Reds first must conquer Basel — a city in which it has never won in two previous attempts.

Liverpool vs. Sevilla kicks off at 2:45 p.m. ET. Join us right here for all the action from St. Jakob-Park.

Calm before the storm. Less than four hours to go ?#UELfinal pic.twitter.com/zTp61Zh7o2 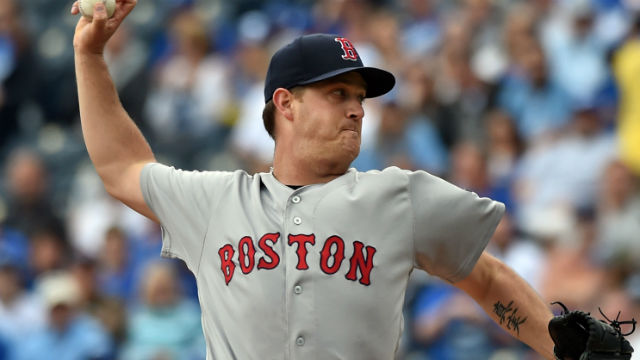