Kevin Faulk stands by his teammates, through the good and the bad.

The former New England Patriots running back sent a message at the 2016 NFL Draft that he supported Tom Brady as the ongoing Deflategate saga continues to unfolds. Faulk wore a No. 12 Patriots jersey when he walked to the draft podium alongside NFL executive vice president Troy Vincent, who could have stopped Faulk from wearing the jersey. But he didn’t.

“Troy had a job to do, just like Roger Goodell had a job to do,” Faulk told Nikki Reyes on “NESN Live” on Monday. “Troy is a former player, so Troy also understands how we feel about certain things, too. So Troy didn’t really say anything because he could have easily stopped me from walking out there.”

Hear more from Faulk in the video above. 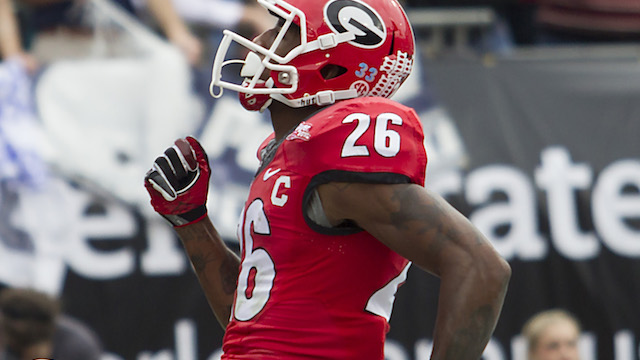