It’s not a comfortable time to be a member of the New England Patriots.

The Patriots’ veteran mini-purge is coming sooner or later, since they currently have 93 players on their roster, including draft picks and undrafted free agents. They’re allowed 90, so at least three players will be cut by the time the Patriots sign all their draft picks and announce the undrafted signings.

Before any of the players discussed below are let go, let’s get into this week’s mailbag.

@DougKyed with such perceived depth at RB, why all the talk about the Pats needing to draft another or sign a veteran?
— @Lab_Casual
There are two types of people in this world: Those who believe the Patriots are set at running back and those who believe Bill Belichick is insane for not addressing the position in the draft. These two groups will never get along. Don’t let them in the same room.

The Patriots have depth at running back, with Dion Lewis, LeGarrette Blount, James White, Donald Brown, Brandon Bolden, Tyler Gaffney, Joey Iosefa and D.J. Foster filling out the depth chart, but outside of Lewis, there isn’t a ton of upside. And Lewis is coming off a torn ACL, so there’s no telling how he will play in 2016.

Blount had an up-and-down season in 2015, White, though strong in the passing game, struggled at carrying the ball, and Brown has averaged just 3.1 yards per carry in his last two seasons.

The players with the highest upside are Gaffney, who has missed two consecutive seasons while on injured reserve with knee injuries, and Foster, an undrafted free agent. That’s why it was surprising they ignored the position in the draft.

I still believe the Patriots wanted to draft a running back last weekend, but the value wasn’t there. They would’ve had to reach for a player in the third, fourth or fifth round. I believe they also knew their depth was good enough to get by for 2016.

I also believe they still could sign an available free agent. Arian Foster, Chris Polk, Anthony Dixon and Knowshon Moreno are out there.

@DougKyed of the UDFA, which one(s) do you think have the best chance of making the team?
— @kamitsisleon
The Patriots added Foster, a running back/wide receiver; tight ends Steven Scheu and Bryce Williams; defensive tackle Woodrow Hamilton; linebacker C.J. Johnson; cornerbacks V’Angelo Bentley, Jonathan Jones and Cre’von LeBlanc, and safety Devonta Burns, according to the players themselves via social media or reports. They also might have signed wide receiver/tight end De’Runnya Wilson. They likely will sign one or two players who haven’t been reported, too.

I think Foster and Jones have the best chance at roster spots, based on talent and opportunity. Foster has versatility to play a couple different roles in the Patriots’ offense, and he brings top-tier agility and lateral quickness.

Jones is undersized, but he has blazing 4.33-second 40-yard dash speed, and he was rated as a fourth- or fifth-round pick by some draft analysts.

@DougKyed how do you feel about the cyrus jones nickname clamp clampington I think it’s A+
— @Jremmes333
It’s incredible. I hope it replaces his actual name.

McDaniels or Patricia, plus Caserio, isn’t a bad option, while it’s a little scary to think of Jimmy G or Jacoby B taking over.

But age is a factor, and it’s probably going to affect Brady before it does Belichick. I’ll go with Belichick running the show.

@DougKyed Sup?
— @June__NYC
Watching the Red Sox, occasionally taking a break to play Slither on my phone, fixin’ to go to bed early-ish because I have to be at Gillette by 11 a.m. to meet Clamp Clampington.

@DougKyed what are your predictions on who makes the cut for wr? Seems like Dobson would be odd man out. Looks like it will be a great comp
— @drewmizzo
Edelman, Amendola, Hogan, Mitchell, Keshawn Martin, Matthew Slater. Martin likely will compete with Aaron Dobson, Lucien and Washington for one spot.

@DougKyed Am I the only person that thinks dobson can still be a #1 receiver for the pats? showed a lot a promise in his rookie year.
— @brad_lyjack
You might be the last one, Brad. You might be.

@DougKyed would you follow Brady’s diet?
— @marcio_valle82
I would for five or six days a week if someone else was cooking for me, but I’d need one or two nights to go out and overeat. I can’t really imagine giving up donuts or ice cream either.

I already eat a lot of brown rice and chicken during the week, so I could survive.

@DougKyed When will the weather get better?
— @DnioyoTwit
Never? Right now it’s looking like never. Ask me again in June.

I’d say Joe Thuney, Jonathan Cooper and Tre’ Jackson have an almost equal chance of starting as Mason or Kline, however. I think David Andrews should have a chance to win the center job, too.

@DougKyed Who among the local writers and reporters are you close friends with?
— @JimGilhooly1957
Pretty much everyone, from Ben Volin to Jeff Howe and everyone in between.

I sit closest to Mark Daniels and Kevin Duffy in the media work room. Tom Curran, Phil Perry, Mike Giardi and Mike Reiss are close by too.

I still miss Nick Underhill, though.

@DougKyed mailbag question: why did you buy the fake yeezys?
— @patsfan120
It was the day after WrestleMania, and my friends and I were sitting at a hotel in Dallas talking about how we wanted Yeezys (Kanye West shoes made by Adidas, for the uninitiated). We quickly decided they’re too expensive, so one of my friends started looking up fakes. When we found out they’re really cheap, we decided it was worth buying them as a joke. We bought another pair for a friend whose birthday was coming up, and now we all have fake Yeezys.

@DougKyed how would you rate your fake yeezys out of 10 and would you recommend them
— @Dadvillainy
I’d give them a seven. They’re really comfortable, and they look pretty good, but they have absolutely no protection against water whatsoever. If it’s raining, your socks or feet will get wet. It’s like having no shoes on at all.

It’s also kind of weird leaving the house in them, which is why I originally asked Twitter if I should wear them out more, because I don’t want people to think I don’t know I’m wearing fake Yeezys.

Whatever. Until I get real Yeezys, I’m a fake Yeezy guy.

@DougKyed Do you see anyone on the interior O-line transitioning to Tackle?
— @tony_yassa95
Not full time. I think Thuney could serve as a third or fourth tackle, but I don’t think the Patriots view him as a starting option at the position. The idea has been floated that Stork could be moved, but his arms are just as short as Thuney’s, and he doesn’t have the experience.

@DougKyed Which NXT star has the highest upside.
— @Kid_From_Quincy
Bayley.

@DougKyed Will Finn Balor finally appear at Extreme Rules?
— @AirLarsen
I’m really not sure. Finn’s on the card for NXT Takeover on June 8, and if he debuts before that match, it’s obvious he will lose to Samoa Joe. I could see him debuting the Monday after Takeover or at Money in the Bank. I suppose he also could appear at or the Monday after Extreme Rules. It’s fun not knowing when he’ll finally show up. 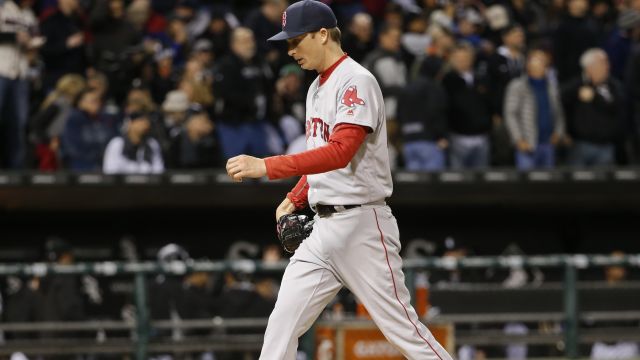 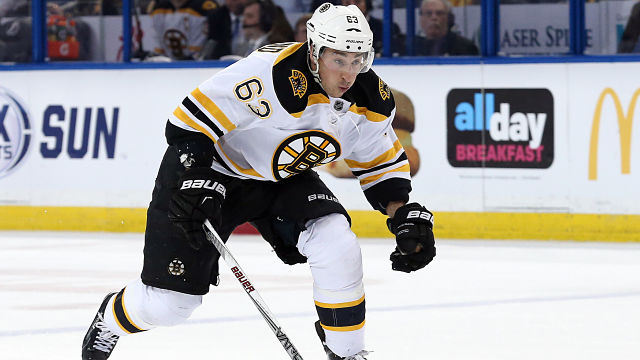