Andrew Benintendi continued his ascent up the minor league ladder Monday, making his Double-A debut less than a calendar year after wrapping up his collegiate career at Arkansas.

Benintendi, whom the Boston Red Sox selected seventh overall in the 2015 MLB Draft, started in center field and went 0-for-4 with a strikeout as the Portland Sea Dogs defeated the New Hampshire Fisher Cats 2-0.

Benintendi on being in AA less than a year after being drafted: 'I don't think anyone could predict that.' pic.twitter.com/gHEn3ZxCNw

Touted as Boston’s third-best prospect by MLB.com, Benintendi has impressed at every level during his rapid rise through the Red Sox’s system.

The 21-year-old began his pro career last season by batting .290 in 35 games with short-season Lowell, then posted a superb .351/.430/.581 slash line in 19 games at Single-A after earning a late-season promotion to a stacked Greenville squad.

Heavy rains in Kansas City prevented the club Benintendi hopes to one day play for from taking the field Monday night against the Royals, but here are a few assorted bits of news from around the Red Sox organization:

— A young Yaz was on hand Monday night in Pawtucket.

Quite fitting that Mike Yastrzemski (Carl's grandson) will be making his Triple A debut tonight at McCoy Stadium. pic.twitter.com/JtWQYBNZFS

The 25-year-old Yastrzemski, who was born in Andover, Mass., and played his high school ball at St. John’s Prep in Danvers, singled in his second at-bat against rehabbing Red Sox starter Joe Kelly.

— Kelly, who could rejoin Boston’s rotation as soon as this Saturday, was dominant in his third rehab start with Pawtucket, scattering five hits over 6 1/3 scoreless innings while striking out 10 and walking just one.

The right-hander has not pitched for the Red Sox since suffering a shoulder injury April 19.

The honor was well-deserved — Bradley batted .469 with a 1.298 OPS last week and is in the midst of a major league-best 21-game hitting streak — and teammates David Price and Chris Young both took to Twitter to congratulate the red-hot outfielder.

Congrats to @JackieBradleyJr for winning AL player of the week!! Deservingly so..he's been unreal!! Doing it from the 9 hole as well

Congrats to a well deserving @JackieBradleyJr on the #playeroftheweek honors! Your back must be hurting from carrying us! ??????????

Bradley’s recognition also earned him an interview with MLB Network — and an all-time videobomb from a shirtless Hanley Ramirez.

We know this interview is supposed to be all about @JackieBradleyJr but it's kind of hard to ignore @HanleyRamirez.https://t.co/x6t3PP5Psm

— The punch Texas Rangers second baseman Rougned Odor landed to the face of Toronto Blue Jays outfielder Jose Bautista has been the talk of the baseball world since Sunday afternoon.

Red Sox third base coach Brian Butterfield, who coached Bautista in Toronto before joining the Sox in 2012, offered an interesting take on the haymaker and the melee that ensued in an interview with WEEI.com’s John Tomase.

?As far as the fight goes, you?d rather not see it happen, but when guys get hit and there?s a history, that?s going to happen every once in a while,? Butterfield told Tomase on Monday. ?I?m fine with it. I?m sure it?s a different feeling in both of those clubhouse, but I was really fine with everything that went on.? 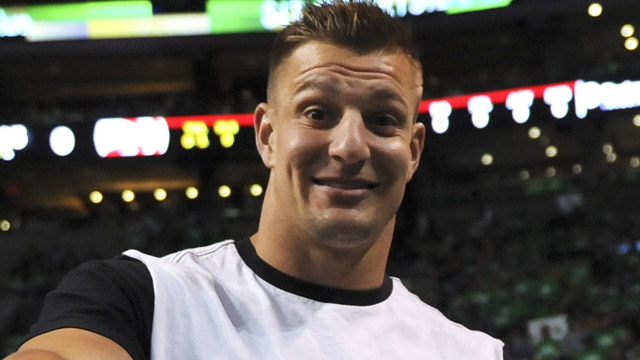 Everyone’s Tugging At Rob Gronkowski, And He Might Be Growing Sick Of It 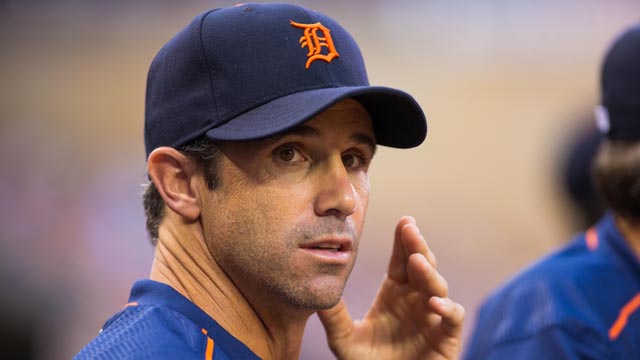