BOSTON — Sweeping the New York Yankees? Good for the Red Sox. Being in first place in the American League East as a result? Even better.

The first Red Sox-Yankees series of the season was jam-packed full of drama: a game-winning home run for David Ortiz on Friday, followed by an 8-0 drubbing of New York on Saturday and then Sunday’s thriller, which had plenty of lead changes and plenty of home runs. But in the end of the series finale, the Red Sox’s offense was able to overcome the problems starter David Price had en route to an 8-7 win.

In John Farrell’s eyes, the win was the 2016 Red Sox in a nutshell.

“(Sunday night) I think a pretty telltale sign of the characteristic of this team,” Farrell said. “We kept coming offensively. We take a lead, give it back, come right back and answer in the following inning, and I think that speaks volumes to the confidence this team has, the grind-it-out approach and not giving any at-bats away. Like I said before the series, I think there’s a pretty good vibe in our clubhouse and our dugout right now, and that’s carrying us over.”

Here are some more notes from Sunday’s win:

— David Price continued to struggle at Fenway Park, but Sunday was the first time he simply didn’t look good. In his other two rough home outings, mislocated pitches turned into home runs, or one bad inning sent things south. But against the Yankees, the left-hander couldn’t seem to keep pitches down, and New York certainly capitalized on it.

“I haven’t executed in this ballpark as well as I know that I’m capable of,” Price said. “It’s frustrating, but that’s something I can fix.”

Price did look better in the sixth and seventh innings, however, and his stats suggest there’s nothing to worry about yet, as he traditionally doesn’t perform as well in the first month.

— Christian Vazquez’s game-winning homer was just the second long ball of the Red Sox catcher’s career, with his first coming off then-Tampa Bay Rays pitcher Jeremy Hellickson. Both of his home runs were two-runs shots that broke a tie.

— Travis Shaw also hit a two-run dinger, but the third baseman said he hadn’t been feeling good after striking out twice before then.

“Actually, my first two at-bats, I felt terrible,” Shaw said. “Probably the worst I’ve felt all year. Something clicked that third at-bat, and obviously one swing of the bat can kind of change how you feel about yourself, and I felt good the last at-bat.”

— Dustin Pedroia’s offense has been flying under the radar this season. The second baseman leads the Red Sox with 35 hits and already has 11 multi-hit games over 25 contests. He went 3-for-5 on Sunday.

— The Red Sox’s offense and baserunning have been something to marvel at thus far. The team has an MLB-best 22 stolen bases on 24 attempts, the most hits in the AL with 252 and has recorded at least 10 hits in a game a major league-leading 15 times. 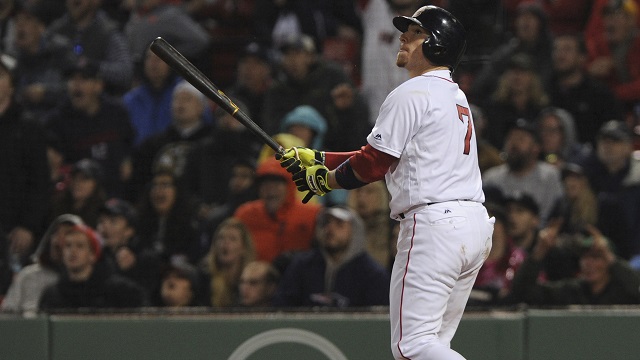 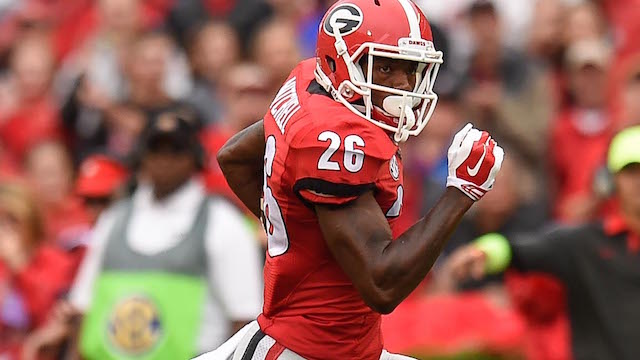