The Boston Red Sox had a rare off night at the plate Tuesday, and it cost them in a 4-1 loss to the Chicago White Sox. That’s the bad news.

The good news is that Boston should be more concerned about its pitching than its hitting this season, and the Red Sox just welcomed a potential difference-maker into the fold.

Relief pitcher Carson Smith, called up by the team Tuesday after beginning the season on the disabled list, made his Red Sox debut when he took the mound in the seventh inning.

Smith didn’t disappoint, needing just nine pitches to retire the side in order. His unorthodox delivery induced ground outs from Jerry Sands and Dioner Navarro, and he froze Austin Jackson with a nasty slider to end the inning.

“It’s great to be back,” Smith told reporters after the game in a postgame interview aired on NESN. “I’ve wanted to be here for the last month, and just to go out there and get one out of the way, it was good.”

Smith, who posted a 2.31 ERA and recorded 92 strikeouts in 70 innings last season with the Seattle Mariners, was a key offseason addition for Boston. The Red Sox’s bullpen has endured a heavy workload already this season, but adding Smith to the mix should help boost Boston’s back end.

Let’s hit a few other notes from the battle of the Soxes:

— The White Sox are the hottest team in the American League. The reason? Pitching.

Chicago got another excellent performance from its starter Tuesday, as Jose Quintana allowed just one run on four hits over eight strong innings. The White Sox own a scintillating team ERA of 2.65, the lowest in the AL and third-lowest in Major League Baseball. Three of their starting pitchers own ERAs under 2.00.

— The Red Sox avoided a shutout thanks to the efforts of Hanley Ramirez, who launched an opposite-field home run in the fifth inning.

The long ball was just the second of the season for the Red Sox first baseman, whose new approach at the plate has limited his power numbers thus far. But both of Ramirez has hit both of his homers to the opposite field and is batting at a .284 clip, a good sign after his .249 campaign in 2015.

— Are the Red Sox showing interest in a former Cy Young Award winner? It appears so, as president of baseball operations Dave Dombrowski confirmed the team will send a scout to Scottsdale on Friday to attend Tim Lincecum’s showcase.

Lincecum pitched just 73.1 innings for the San Francisco Giants in 2015 and became a free agent this offseason. He hasn’t posted an ERA under 4.00 since 2011, but the Red Sox aren’t alone in testing the waters on the 31-year-old righthander: At least 20 teams are expected to be represented at his showcase.

— Eduardo Rodriguez made his second rehab start for Pawtucket on Tuesday, with mixed results.

The 23-year-old lefthander surrended three runs in the first inning, including a two-run homer, but pitched five scoreless innings after that to finish with a line of three earned runs on five hits with three strikeouts in six innings of work.

— Joe Kelly threw a bullpen session Tuesday and is scheduled to make his first rehab start with Pawtucket on Friday. He went on the disabled list on April 20 with a right shoulder impingement.

— There’s a new leader in the American League East, and it’s not the Red Sox. A Baltimore Orioles win coupled with Boston’s loss moved the O’s into first place in the AL East. 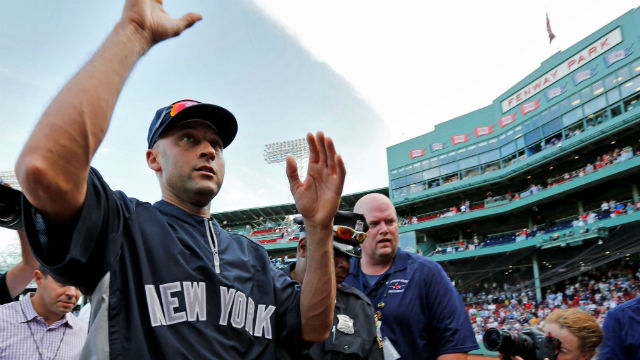