Danny Amendola is a roster lock after agreeing to restructure his contract with the New England Patriots, but it’s unclear when the receiver will first take the field this season.

Amendola underwent offseason knee and ankle surgeries, a source told the Boston Herald’s Jeff Howe on Monday. Amendola had a bone spur in his ankle, and his knee had to be cleaned up, according to Howe. “There’s hope” the wideout will be available for training camp in late July, according to Howe, but it’s currently not certain if he will be ready for Week 1.

Amendola missed two games after spraining his knee Week 11 of the 2015 season against the Buffalo Bills. He caught 65 passes for 648 yards with three touchdowns in 14 games.

Amendola helped the Patriots free up $3.8 million in salary cap room by restructuring his contract.

Patriots starting wideout Julian Edelman reportedly had foot surgery this offseason. The Patriots have signed free-agent receivers Chris Hogan and Nate Washington and drafted Malcolm Mitchell and Devin Lucien since the end of the 2015 campaign.

Thumbnail photo via New England Patriots wide receiver Danny Amendola warms up prior to a game against the Pittsburgh Steelers at Gillette Stadium. 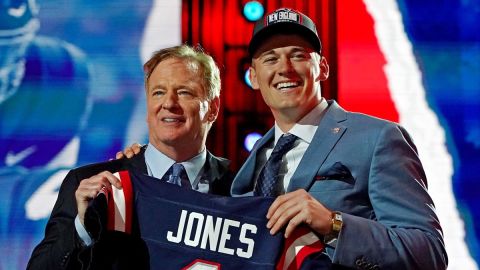