Soccer and sports fans near and far will direct their attention to the United States this week, as Copa America 2016 kicks off.

This spectacle commemorates the 100th anniversary of the first South American championship and has been aptly dubbed the “Centenario.” The one-off tournament will be bigger, and hopefully better, than previous editions, as 16 teams will compete for South America’s crown jewel outside of the continent for the first time.

Here are 11 storylines to follow at Copa America 2016 (in no particular order).

Home-field advantage
The United States and Mexico are keen to announce themselves as contenders on the world stage but they must meet or surpass their prior Copa America achievements — U.S. finished fourth in 1993 and Mexico runner-up in 1993 and 2001 — to taste success.

They last scaled Copa America’s heights as guest participants. This time, they’ll be hosts and they need their stateside fans to support them in droves.

Record holders
Uruguay boasts the record for Copa America wins with 15. Suarez, Edinson Cavani and the other “La Celeste” players won in 2011 and could enhance their glorious era by lifting the trophy again.

Argentina drought
Can Lionel Messi lead Argentina to its first international title since 1993? Argentina fell agonizingly short at the 2014 FIFA World Cup and Copa America 2015, and Messi needs a winners’ medal at senior level to bolster his claim for the title “best player in history.”

Argentina could match Uruguay on 15 titles if it wins in 2016.

Brazil on the ropes
Brazil is reeling from the 7-1 loss to Germany at the 2014 World Cup, and head coach Dunga’s job reportedly is under threat. If Brazil fails to reach the semifinals, the CBF could oust Dunga before the 2016 Summer Olympics in Rio de Janiero.

Neymar won’t participate at Copa America 2016. Brazil is saving him for the Olympics.

Thrilling Colombia
“Los Cafeteros” made their country proud at the 2014 World Cup, playing attacking soccer and dancing after scoring goals. Copa America 2016 gives James Rodriguez and Colombia the opportunity to add substance to that style.

Can Jamaica pull a Leicester?
The Reggae Boyz shocked the region by reaching the 2015 CONCACAF Gold Cup final (where it fell to Mexico). Can Winfried Schaefer’s team use last summer’s experience at both Copa America and the Gold Cup and mount a Cinderella run in this year’s tournament?

Longshots
Every tournament has upsets. Watch out for Haiti, Panama and Peru, whose recent tournament experiences suggest they’re not here to make up the numbers.

Heat, time and travel
United States summers are hot, and it’s a huge country. Teams’ travel schedules and administration will affect results and performances, and teams that cope best will succeed.

The itineraries of Argentina, Bolivia, Paraguay and Uruguay are particularly difficult in the group stage, as they must criss-cross the country for three games in eight or nine days.

Mexico’s and Jamaica’s journeys are among the easier ones.

FIFA scandal
Copa America 2016 was central to the ongoing corruption and bribery scandal that rocked world soccer’s governing body last year. The U.S. government has indicted at least 12 tournament planners on charges of receiving over $110 million in bribes related to the tournament, according to the Los Angeles Times’ Kevin Baxter.

After cleaning house, organizers and sponsors are hoping the event runs smoothly and no major controversies arise. Referees, we’re looking in your direction.

World Cup preview?
Many of these teams and players will compete at the 2018 World Cup in Russia, but that’s not what we’re talking about.

Copa America 2016 offers the United States the chance to show FIFA how far the sport has come in this country since 1994. Full stadiums and robust television audiences could boost the United States’ prospects of bidding for, and hosting, the 2026 World Cup.

And the fact that organizers revived the tournament following the FIFA scandal and sold out of sponsorships in under six months proves the U.S. can host major soccer events with little notice.

See how Copa America 2016 can create a new soccer world >> 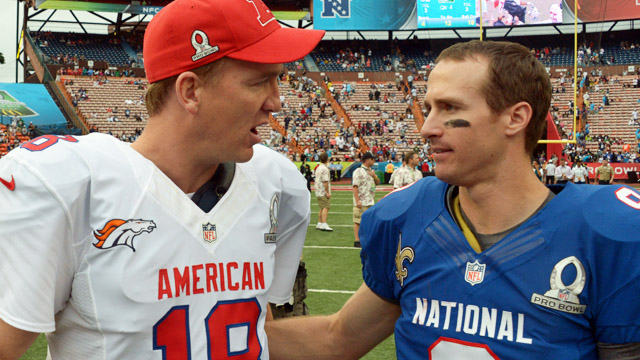 NFL Pro Bowl Returning To AFC Vs. NFC Format, Moving To Orlando In 2017 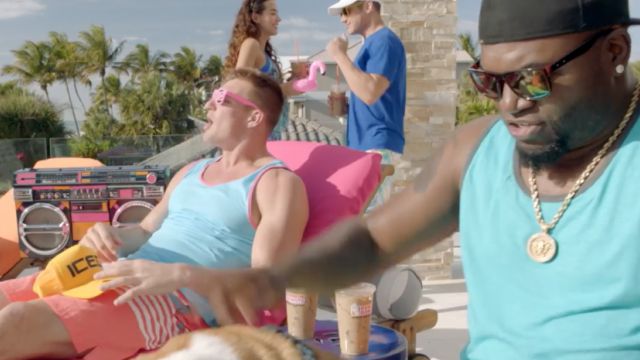 Gronk, Big Papi Back At It Again With New Dunkin’ Donuts Music Video