The United States men’s national soccer team battled to victory over Paraguay on Saturday at Lincoln Financial Field in Philadelphia.

Judging by the U.S. players’ performances, it’s safe to say they’d be willing to fight from the stadium, to Broad Street, To Market Square, through North Philadelphia and up or down the Eastern seaboard in order to achieve the success they so thoroughly deserve.

Clint Dempsey’s 27th-minute goal put the U.S. ahead in the score-line, but the hosts’ determination and bravery in holding on, following DeAndre Yedlin’s 48th-minute dismissal, provided sports fans near and far a soccer memory they should cherish For years to come.

The delirium isn’t the same as when Landon Donovan scored late against Algeria in the 2010 FIFA World Cup or John Brooks headed a goal past Ghana in the 2014 World Cup. Those late goals spawned impossible dreams of conquering the world.

This reality-based accomplishment gave the United States the satisfaction that only can come from doing a job well and to completion. In that respect, the win over Paraguay surpasses those others.

The United States hit its first Copa America 2016 target by progressing from Group A into the quarterfinals. The U.S. will face a still to-be-determined opponent in the last eight, most likely Brazil. If Team USA wins that game, history will remember its Copa America “Centenario” campaign as an unqualified and resounding success.

Here’s how the United States stood up to Paraguay’s bullies and won hearts, minds and the “Battle of Philadelphia.”

There’s no need to lament Jozy Altidore’s absence when Clint Dempsey, 33, is playing so well. The veteran forward finished his one chance with aplomb, taking his Copa America 2016 record to impressive new heights.

4 – Clint #Dempsey has had a hand in four of @ussoccer five goals in this #CopaAmerica: 2 goals, 2 assists. Symbol #USAvPAR

Demspsey now has 51 career goals in 127 games for his country. We said it before and will say it again: as Dempsey goes, so goes Team USA.

Klinsmann’s seismic decisions to start goalkeeper Brad Guzon and center back John Brooks sparked days’ long debates ahead of the tournament, but their performances against Paraguay vindicated those big calls when it mattered most.

Brooks, 23, was an imperial force at the heart of the U.S. defense. His 11th-minute block put Team USA on an emotional cloud, which it rode to the final whistle.

That tackle only was the highlight in what was the finest of Brooks’ 24 career games for the United States.

In those instances in which Paraguay unlocked be well organized United States defense, Guzan saved the day, as Paraguay’s Miguel Almiron and Dario Lezcano can attest.

6 – @bguzan has made the most saves (6) in this #CopaAmerica among those goalkeepers who kept a clean sheet. MVP

Brooks’ 82nd-minute block and Guzan’s double-save will live long in the annals of USA Soccer.

Yedlin’s first yellow card was unnecessary. His second, which came less than 60 seconds after the first, was simply ludicrous.

Team USA managed the first half with little trouble, but Yedlin’s dismissal put the U.S. on its back foot for the entire second period, forcing the hosts to grind for every ball and blade of grass for half the game.

The U.S. were outshot 10-3 after Yedlin's red card, but didn't concede and now advance to the #CopaAmérica quarters. pic.twitter.com/lMFLMUggRV

27 – #USMNT has had just 27% of the possession in the second half of tonight's game. Parked.

Paraguay undoubtedly would’ve had more difficulty dominating if the United States had all 11 players on the field.

USA-Paraguay was one of the roughest games of Copa America 2016. Referee Julio Bascunan showed nine yellow cards and even suffered an injury himself when he collided with US midfielder Jermaine Jones.

Team USA won the “Battle of Philadelphia” but paid a heavy price in doing so. Yedlin will be suspended for the quarterfinal, forcing Klinsmann to change the back four, which shined against Costa Rica and in the first half against Paraguay.

Dempsey should be fresh for the quarterfinal, having played just 50 minutes against Paraguay, but his teammates’ physical exertions could drain their performances in the next game.

Team USA’s powers of recovery now face the ultimate test, and their physical trainers must work wonders to bring the players back to their peak levels in just a few days time. 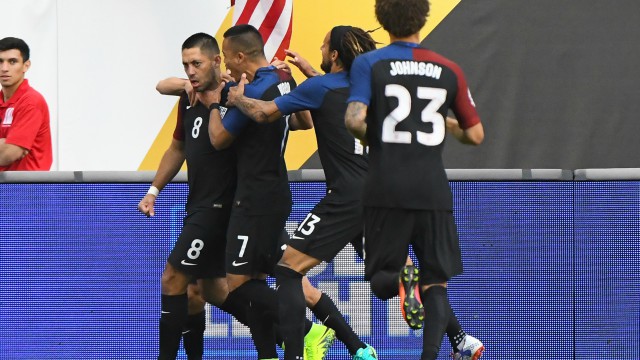 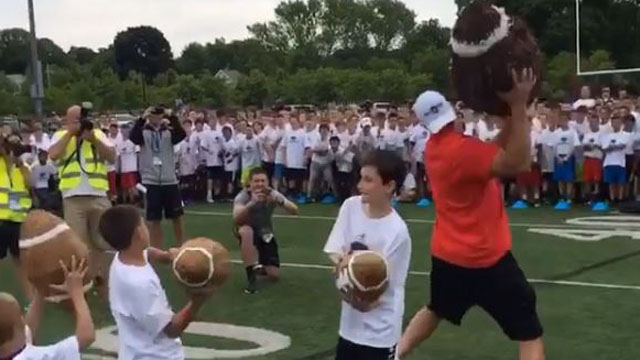