FOXBORO, Mass. — For the second time in as many summers, the New England Patriots are preparing to enter a season with Jimmy Garoppolo as their starting quarterback.

Obviously, that is not an ideal situation for a Patriots team that has one of the greatest quarterbacks of all time on its payroll. But if Tom Brady is forced to serve his four-game Deflategate suspension and is unable to suit up until Week 5, Garoppolo is looking more and more like a man capable of succeeding in his stead.

And while he might not be there yet, Garoppolo had another strong showing Tuesday, completing 35 of 43 passes (including 13 of 17 in 11-on-11 drills) while splitting reps with Brady and third-round draft pick Jacoby Brissett on the first day of mandatory Patriots minicamp.

Here’s where we put in the disclaimer that this was another unpadded, non-contact practice and that it’s never a good idea to read too much into offseason workouts. Still, the third-year pro’s performance this summer has been impressive, especially compared to how he looked in his first two NFL offseasons.

?I think (my command of the offense) going really good, to be honest,” Garoppolo said after the session. “I know all the guys; the guys know me. You?re learning defenses. It?s not like you?re picking up a playbook for the first time. I can remember back to rookie (organized team activities) — it was night and day. So it?s going well.”

Garoppolo also connected with Aaron Dobson on the play of the day: a 50-yard bomb over defensive backs Darryl Roberts and E.J. Biggers that the wide receiver hauled in with one hand.

?Heck of a grab,” Garoppolo said. “I couldn?t really tell if he was getting held or not, but it kind of looked like he one-handed it a little bit. But he?s one of our fast guys on the edge, and he went up and made a play for me. You like seeing those things at quarterback.”

Garoppolo went on to call the process of learning to be an NFL quarterback “never-ending” and said if had to list each area he wants to improve in, “we?d be here for a while.” But with one day of mandatory full-team workouts now in the books, he believes he at least is on the right track. 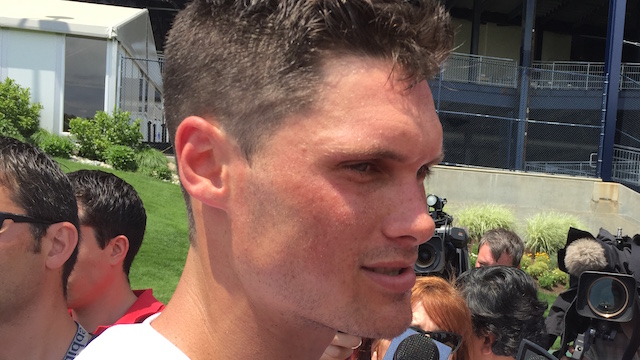 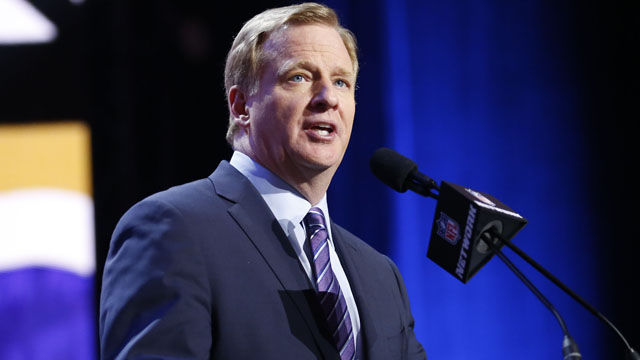 Roger Goodell Responds To NFL Twitter Hack, Proves He Is, In Fact, Alive