FOXBORO, Mass. — Tom Brady’s favorite tight end was absent from the field Tuesday as the New England Patriots began mandatory minicamp, but the quarterback was able to spend some time getting to know his new one.

With Rob Gronkowski sitting out practice for an undisclosed reason, Brady carved out time in the middle of the session to work one-on-one with Martellus Bennett, whom the Patriots acquired earlier this year in a trade with the Chicago Bears.

?It?s a lot of communication,” the 29-year-old tight end said of his reps with Brady. “Sometimes we?ll go full speed, and a lot of the time, it?s just him telling me what he sees and I tell him what I see. So that way, if I?m like, ?Hey, I thought that was back shoulder,? or I thought this, we just make sure we?re on the same page.”

Working together separate from the other quarterbacks and receivers, Bennett said, helps quicken this acclimation process.

?It?s just like the student-to-teacher ratio,” he said. “When it?s lower, you have a better chance of learning the material, so it?s always fun.”

The Patriots are Bennett’s fourth NFL team. He played for the Dallas Cowboys and New York Giants before spending the last three seasons in Chicago.

?I?m a little chameleon, so I fit in wherever I am,” Bennett said. “When you?re authentic, people appreciate that.”

It remains to be seen how Bennett will jell with Brady, Gronkowski and the rest of the New England offense, but we already can pencil him in as one of the most quotable members of this year’s Patriots team. Here are a few other highlights from his post-practice media availability:

On the importance of offseason workouts: “Right now, the plays in the season are made in the summer. Whether it?s workouts away from here or workouts with the team, that?s when you make plays during the season.”

… but why you shouldn’t read too much into offseason workouts: ?Being a star at OTAs doesn?t really mean anything. It?s just that you?re constantly working and trying to be the best player you can be every single day.”

On Gronkowski: ?Gronk is awesome. I like him. He?s funny. We?re funny together.”

On whether he’s reached his potential as a player: ?I think football is a sport that you can never really truly reach your potential. It?s very aggravating, because there?s always something little that you can do better. I was fortunate to play with guys (like) Jason Witten and Terrell Owens and a lot of guys like that early in my career, and the way they worked and the way they constantly tried to get better — find one thing to get better. I think you can never truly be all that you can be, because there?s always something you can be doing better.”

On his contract, which is set to expire after this season: ?I feel like every year?s the last year of my contract. That?s just how I live.” 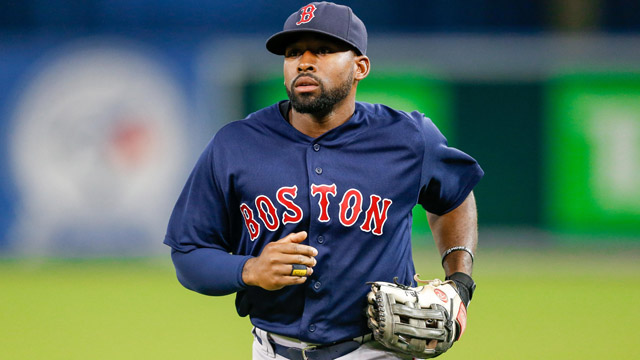 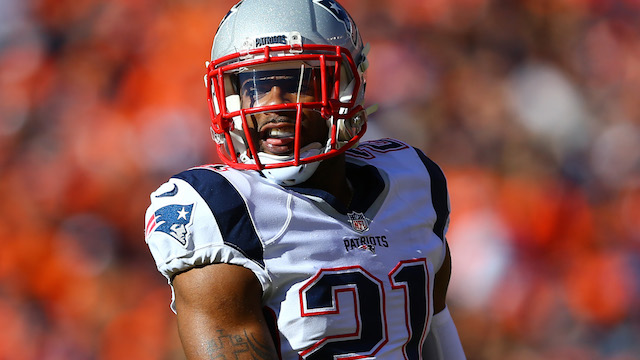