The 2016 NBA Draft has come and gone, and there were some questionable decisions made by a lot of teams.

Even though it’s too early to grade all of these picks, we’re going to do it anyway. Here’s our report card for all 30 teams.

Atlanta Hawks: C
In addition to looking exactly like former Hawks forward DeMarre Carroll, Taurean Prince happens to play like him, too. He could be a decent role player down the road, but this was nothing exciting.

Boston Celtics: C
Jaylen Brown is going to be a good player who starts and makes an impact. He can contribute to a playoff squad next season. But the team’s two other first-round picks — both European players who likely will be stashed away for the future — were a bit underwhelming. The C’s found some nice depth in the second round.

Brooklyn Nets: C-
The Nets didn’t have a first-round pick entering the day. They acquired the No. 20 pick from the Indiana Pacers and then used it on an injured player who hardly saw the court at Michigan in Caris LeVert. It’s like they’re trying to give the Celtics the No. 1 overall pick next year.

Isaiah Whitehead was a nice pick in the second round.

Charlotte Hornets: F
Charlotte had one pick (No. 22) and traded it to the Sacramento Kings for old man Marco Belinelli. The pick turned into Malachi Richardson, one of the best shooters in the draft. The Hornets also didn’t manage to unload Jeremy Lamb’s contract with the pick like they had hoped.

Chicago Bulls: A
Getting Denzel Valentine, one of the best players in the nation last season, at No. 14 was a bargain. Paul Zipser, the Bulls’ second-round pick, is a versatile German forward who could someday contribute.

Cleveland Cavaliers: A
They had one pick (No. 54), which they acquired at the last minute, and selected Oakland’s Kay Felder, one of the most underrated and overlooked players in the nation. He’s their backup point guard when Mo Williams leaves or retires and if Matthew Dellavedova signs elsewhere this summer. Felder is an explosive player who draws comparisons to Celtics All-Star guard Isaiah Thomas.

Dallas Mavericks: C-
They had one pick (No. 46) and took Purdue center A.J. Hammons. He’s a solid, experienced college player with nice defensive ability and is a true 7-footer. On a night of movement, though, it was underwhelming.

Denver Nuggets: A
Jamal Murray at No. 7 could be one of those picks we look back on in a few years and simply wonder, “How?” Juan Hernangomez could be a draft-and-stash but is a well-rounded player from Spain, and Malik Beasley was a borderline lottery pick that they snagged at No. 19.

Detroit Pistons: B
Henry Ellenson at No. 18 is nice value, and he’ll fit well in Stan Van Gundy’s positionless pace-and-space offense. Ditto for Syracuse’s Michael Gbinije, who they took at No. 49.

Golden State Warriors: B
Damian Jones could be a sneaky good pick for them, and likely signals the end of the Festus Ezeli era in Golden State. Patrick McCaw, who they acquired early in the second round, has a similar build to Harrison Barnes and draws comparisons to Klay Thompson. He’s not nearly as talented as the former lottery picks right now, but he’s a nice, versatile depth addition on the wing who should compete for a roster spot.

Houston Rockets: D+
The Rockets were hoping to trade into the first round and couldn’t find a suitor in a draft where seemingly everyone was moving picks. They selected two mediocre 7-footers — potential Dwight Howard replacements — in the second round.

Indiana Pacers: B-
The Pacers traded their first-round pick to acquire Thaddeus Young, but they selected Iowa State’s Georges Niang at No. 50 in the second round: an unmatched worker at the forward position who potentially could find his way into the bottom of the rotation as a rookie. For what they were working with, they did well.

Los Angeles Clippers: B-
The one thing the Clippers needed was depth and versatility, and they found that with their later picks. They selected All-American senior Brice Johnson out of North Carolina, a worker on the glass who should find a rotation role, at No. 25.

Los Angeles Lakers: A
Brandon Ingram is a stud and a future All-Star. No true difference-makers were on the market Thursday, so L.A. did the right thing and kept him. Ivica Zubac, their second-round pick, could be a rotational big man.

Memphis Grizzlies: B-
The Grizzlies were in NBA purgatory this year — a non-contending playoff team with a undesirable draft slot. Wade Baldwin IV was a nice pick, though, as his 6-foot-11 wingspan (on a 6-foot-3 body) is a great asset for an athletic point guard in today’s NBA. They also snagged Deyonta Davis, a 6-foot-11 freshman project from Michigan State, in a trade with the Celtics in the second round. Memphis played its cards well.

Milwaukee Bucks: B+
The only reason this isn’t an “A” is because they might have reached on Thon Maker at No. 10. But we’re on the Maker bandwagon here at NESN.com and love the pick. Getting Malcolm Brogdon, an experienced, versatile wing/guard, from Virginia was a great pickup in the second round.

Minnesota Timberwolves: A
They had one pick and, by all accounts, hit a home run with Providence guard Kris Dunn. He’s a terrific fit in their system, and if he ends up landing them Jimmy Butler in a trade with the Bulls, even better.

New Orleans Pelicans: B+
Let’s just pray Buddy Hield doesn’t turn into every other underperforming combo guard that currently plays for the Pelicans (Eric Gordon, Tyreke Evans, etc.). Kansas big man Cheick Diallo, who New Orleans grabbed in the second round, could be a nice future rotation player as well.

New York Knicks: F
They didn’t even make a pick, but they’re still paying for Carmelo Anthony, which has brought New York literally no closer to winning an NBA title. Jamal Murray went to the Nuggets with New York’s pick. Ouch.

Oklahoma City Thunder: A
OKC sent Serge Ibaka, who they foolishly chose over James Harden, to Orlando for the rights to Domantas Sabonis plus Victor Oladipo and Ersan Ilyasova. They added Daniel Hamilton from Connecticut in the second round. They absolutely won the trade and struck a bit of gold in the process.

Orlando Magic: F
They didn’t even get a first-round pick back and then took two mediocre second-round players. Serge Ibaka is a nice player, but Orlando certainly didn’t get better Thursday night.

Philadelphia 76ers: A
You draft Ben Simmons, you win. Euro wing Timothe Luwawu at No. 24 could turn into a terrific player sooner rather than later for Philly.

Phoenix Suns: A
Dragan Bender could be special, as could Marquese Chriss, who they acquired from the Kings after he was selected eighth. Stealing point guard Tyler Ulis in the second round was savvy as well. There’s a lot of projects here, but it could pay off in heaps down the road.

Portland Trail Blazers: D+
They couldn’t find their way into the first round, but they grabbed Massachusetts’ own Jake Layman in the second round. He could turn into a versatile rotation player some day.

Sacramento Kings: D+
They traded Marquese Chriss, which we don’t love, and they took some projects in Greek center Georgios Papagiannis (No. 13) and Kentucky forward Skal Labissiere (No. 28). They did get Malachi Richardson while dumping Marco Belinelli, though, and the hope is that he’s the shooter they’ve been searching for after striking out on Ben McLemore and Nik Stauskas in recent years.

San Antonio Spurs: B+
As if the Spurs would ever make a bad draft pick. Point guard Dejounte Murray was a steal at No. 29 and probably will end up being an All-Star, not to mention a decent backup/future replacement for Tony Parker.

Toronto Raptors: B
They couldn’t make a deal for Serge Ibaka, but they found a great big man at No. 9 in Jakob Poeltl, an international player who has dominated at Utah for the last two seasons. They also took Pascal Siakam at No. 27. Despite picking up basketball in 2012, the 6-foot-10 Cameroonian won conference player of the year in the Western Athletic Conference and averaged 20 points per game.

Utah Jazz: F
The Jazz traded their lottery pick (No. 12) for George Hill in a three-team trade. That makes no sense. Second-round picks Joel Bolomboy and Marcus Paige likely won’t even make their roster.

Washington Wizards: F
The Wizards didn’t have a pick, but their first-round pick was used by the Suns, who ultimately packaged it to acquire Marquese Chriss. The Wizards have Markief Morris to show for it and missed the playoffs to boot. Maybe next year. 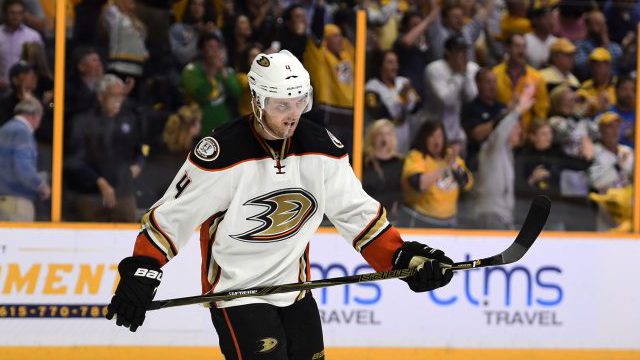 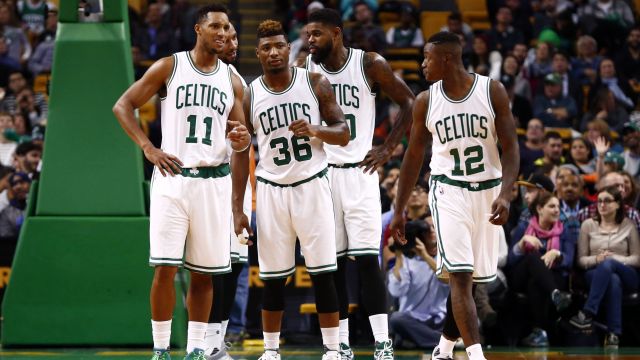