The 2016 NBA Draft provided all 30 teams with an opportunity to build for the future and add final pieces to championship-caliber rosters.

The rising salary cap has put an even larger emphasis than normal on building through free agency this summer, but the best way to acquire cheap, young talent still is through the draft.

Here are the notable winners and losers of the 2016 draft.

Winners
Denver Nuggets
Jamal Murray averaged 20 points per game for Kentucky last season, the best mark of any freshman in Wildcats history. He is an excellent 3-point shooter and is able to attack the rim with his impressive athleticism.

Murray arguably was the third- or fourth-best player in the entire draft class, so selecting him at No. 7 was tremendous value for the Nuggets. There’s a good chance he leads all rookies in scoring next season.

Love the draft Denver is having so far. Jamal Murray is a perfect complement to Emmanuel Mudiay. Hernangomez is a great fit w/their core too

Juan Hernangomez was 9th in my projections. Denver got value with international bigs Jokic and Nurkic in 2014 and may have done so again.

Philadelphia 76ers
Ben Simmons is a tremendous prospect as the No. 1 overall pick, and the 76ers also got a steal by selecting French guard Timothe Luwawu at No. 24. Luwawu will defend scoring wings and provide outside shooting for what should be an athletic, uptempo Philly team next season.

Memphis Grizzlies
Wade Baldwin fell a bit and the Grizzlies scooped him up at No. 17. Baldwin can defend multiple guard positions with his excellent length and athleticism.

The Vanderbilt point guard also extends the floor with consistent 3-point shooting — he hit 42 percent of his attempts from beyond the arc last season. Outside shooting was a major weakness for Memphis last season, evidenced by its 29th-ranked 33 percent success rate from 3-point land.

The Grizzlies also could lose starting point guard Mike Conley — one of the best available free agents — this summer. Baldwin would be a fantastic replacement for Conley with his two-way skill set.

Oklahoma City Thunder
The Thunder received former top-five pick Victor Oladipo, Ersan Ilyasova and the rights to No. 12 pick Domantas Sabonis from the Orlando Magic in exchange for power forward Serge Ibaka. That’s a ton of value in return for a player in Ibaka, who wasn’t used properly in the Thunder offense last season and could’ve walked as a free agent in 2017.

This trade gives OKC a great perimeter defender in Oladipo, a versatile swingman with 3-point range in Ilyasova and a talented center in Sabonis, though he’s more of a long-term project. The Thunder became better-equipped to beat the Golden State Warriors in next season’s Western Conference playoffs because of this trade, assuming Kevin Durant doesn’t leave OKC in free agency.

The Magic acquired a much-needed shot blocker in Ibaka, but OKC benefits more from this deal.

Losers
Milwaukee Bucks
Thon Maker at No. 10 was a risk for Milwaukee considering it’s possible he’s older than previously thought.

Eleven NBA teams called me over the past 3 months about 7-footer Thon Maker. None of them were 100% convinced of his age.

Maker also adds more size and athleticism to a Bucks frontcourt that already was full of those skills.

Maker has huge upside, but the bust potential is high, too. He graduated from high school in Canada last year, and he’s never played at the college or professional level anywhere. Going right to the NBA will be a challenge, both physically and in terms of Xs and Os.

Milwaukee should have selected a less risky player who could make an immediate impact on a Bucks team that might surprise in the Eastern Conference playoffs next season.

Sacramento Kings
Georgios Papagiannis at No. 13 was quite a reach. He wasn’t even in the top 25 of many pre-draft rankings, including our own.

Point guard was a top need for the Kings because it’s possible Rajon Rondo leaves this summer as an unrestricted free agent. Baldwin still was on the board when Papagiannis was taken.

The Kings already have the best center in the league in DeMarcus Cousins, so even if Papagiannis is a long-term project, the pick makes little sense. Cousins still is young and at the beginning of his prime, and the Kings also selected center Willie Cauley-Stein with the No. 6 pick last year (also a reach).

Using two straight top-10 picks on centers when the league is moving toward small ball and outside shooting — look at the Warriors, Thunder and Cavaliers — proves Sacramento has no clue what it’s doing in the draft.

Cousins summed up the Kings’ night perfectly with this tweet.

Lord give me the strength ??

Boston Celtics
The Celtics need a superstar to become a legitimate championship contender, and Boston was unable to parlay the No. 3 pick into that type of player via trade. Instead, the Celtics selected California swingman Jaylen Brown.

Brown is very athletic and defends well, and the C’s needed more depth on the wing. But his outside shooting needs a lot of work, and it’s possible the Celtics could’ve traded down in the top 10 to get him. Jamal Murray or Kris Dunn, both of whom are more polished offensive players, would have been better picks.

Guerschon Yabusele was Boston’s second first-round pick at No. 16. He’s a 6-foot-8 power forward from France who plays in the mold of Warriors star Draymond Green. He stretches the floor with consistent outside shooting.

Yabusele might not make an immediate impact next season, though, and that’s not good news for a Celtics team looking to win now.

For Boston, Guerschon Yabusele will likely be draft-and-stash at No. 16, league sources tell The Vertical.

The real problem with Yabusele is Boston probably could’ve taken him much later in the draft. He was projected by many experts as a second-round pick.

Boston used its final first-round selection on another international player, but it’s unclear if he’s capable of making a meaningful impact as a rookie.

BOSTON: Ante Zizic was FIBA Center of the Year. I love this kid. Has huge offer in Europe, but wants to go to NBA. 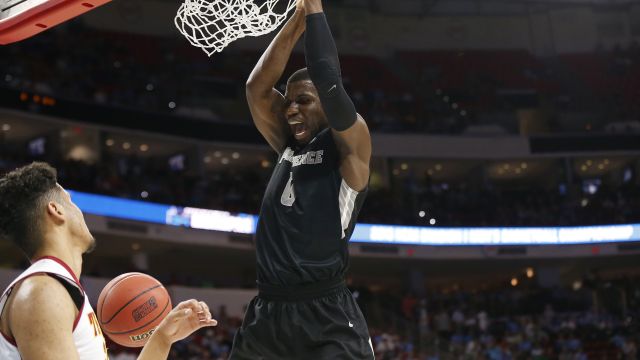 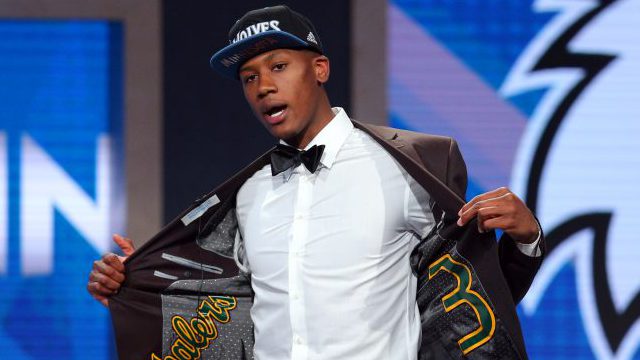