Add the Denver Nuggets to the list of teams that reportedly have attempted to acquire the No. 3 pick in the 2016 NBA Draft from the Boston Celtics.

Denver tried to move up to three, but like everyone else, for now, felt Boston wanted too much for the pick(s).

The Nuggets, just like the Celtics, have three first-round picks Thursday. They own picks Nos. 7, 15 and 19, all of which were acquired in trades.

Denver is in a rebuild and made a good selection in last year’s draft with point guard Emmanuel Mudiay at No. 7.

The Celtics have been involved in many rumors involving the No. 3 pick, including the Philadelphia 76ers, but so far, Boston’s asking price seems to be too high for opposing teams’ liking. 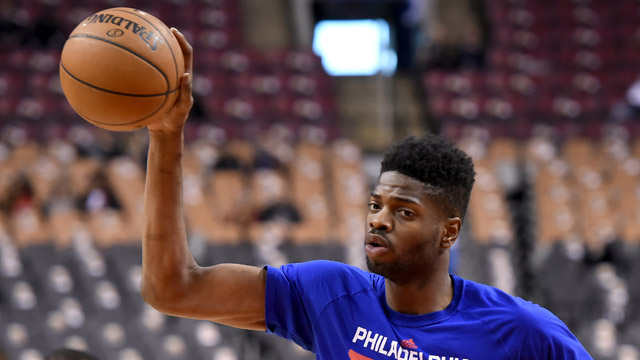