The New England Patriots are officially three practices away from summer vacation.

The Patriots will hold their final organized team activities Monday, Tuesday and Thursday. Only Monday’s session is open to the media. It will give reporters one final look at the team before they break for the end of June and most of July until they reconvene around July 27.

Minicamp was on the minds of Patriots fans this week. Let’s get into the mailbag.

@DougKyed if Ninkovich plays LB, could you see him being in a Bruce Irvin like role where he plays as the 3rd LB in base and DE in 4-2?
— @NewEnglandSBLI
I could see that. Rob Ninkovich was Irvin before Irvin was Irvin in 2011, when he was a base strong-side outside linebacker in the Patriots’ 4-3 and put his hand in the dirt to rush the passer as a defensive end. By the Super Bowl that season, Ninkovich was playing both positions equally.

The difference between what Ninkovich did in minicamp and what Irvin did with the Seattle Seahawks and what Ninkovich did in 2011 is that he was playing middle linebacker this week, not outside linebacker. Outside linebackers typically have some edge rushing skills, while middle linebackers are typically used more heavily in coverage and run defense. The Patriots’ linebackers are essentially asked to play every role, however, which is probably why we saw Ninkovich playing inside in minicamp. If he plays linebacker in 2016, he’ll probably be asked to play in the middle at some point.

It’s interesting to see Ninkovich at linebacker, and I don’t think anyone would have predicted this. Everyone assumed Shea McClellin would play linebacker and Ninkovich, Jabaal Sheard and Chris Long would play defensive end. McClellin has played on the edge so far, however. This could be a way to get Dont’a Hightower or Jamie Collins more pass rushing opportunities. Hightower or Collins could play outside linebacker if the Patriots switch to a 3-4 defense.

This also could be an experiment that doesn’t stick and is just used as a way to get Ninkovich experience if the Patriots are in a pinch at some point. It’s certainly worth monitoring over the summer. I think he could be a solid fit at any linebacker position. He’s still a good athlete, he has some coverage skills, and he’s a stout run defender.

@DougKyed Bennett’s been working out with Brady on the side- who else has, and who looks to continue with Brady once JE/DA/RG return?
— @PP_Rich_Hill
The side sessions with Brady are typically during special teams drills, so the group this year has been Martellus Bennett, Nate Washington and Aaron Dobson.

I wouldn’t look too far into these individual sessions. They give the receivers some extra time with Brady, but it’s really only because they don’t have the versatility of other players, like Chris Hogan, for instance.

@DougKyed With New England evidently experimenting with positional diversity, what Patriot would you like to try a different position?
— @NEPatriotsDraft
Great question. I’d like to see what Logan Ryan could do at wide receiver and what Nate Ebner could do at running back.

@DougKyed What do you like on your hot dogs?
— @doctorjbc
Just ketchup, please.

It’s guaranteed I get some fiery hot takes about how I’m a jerk for not liking mustard on my hot dogs. Don’t care. I’ll take mustard on a burger, though.

@DougKyed With Dobson performing well at minicamp, does he have legit shot at a roster spot? Could he actually unseat Martin for the #5 WR?
— @mpanelli11
Ehhhhhh. A legit shot? Maybe not. A shot? Sure. Everyone on the 90-man roster does.

Here’s the problem with Dobson: He had a very good minicamp, but this is his fourth very good offseason, and he doesn’t have a whole lot to show for it in the regular season. Brian Tyms passed Dobson on the depth chart in 2014, and Keshawn Martin passed him in 2015. He’s had plenty of chances to solidify a role, and even when he’s healthy, he hasn’t exactly grabbed that brass ring.

I’d say Dobson’s chances of making the roster are below Martin and Nate Washington’s and above Devin Lucien, Chris Harper and DeAndre Carter’s. Guys like Martin and Washington just offer more versatility.

@DougKyed with Mike Williams out for the year, which TE do you see making it as the 3rd TE, assuming they keep 3
— @mjmed11
I expect it to be Clay Harbor, but I think A.J. Derby has a shot. Both players had their moments during minicamp. Harbor has the versatility to play fullback too.

@DougKyed Why are some counting White out, AFCCG aside he was pretty good every touch of the ball. He?s better than the scrub D. Brown
— @jvmenendez12
James White is a very good receiver who doesn’t offer nearly as much as you’d like to see out of a running back as a ball-carrier. He averaged just 2.5 yards per carry on 22 attempts last season, and his presence on offense makes the Patriots predictable. That’s the issue.

The Patriots have to find out if they have a better depth option, though. D.J. Foster is very athletic, but he might not be better on the ground than White. Donald Brown is probably better carrying the football, but I believe he would struggle to split out and play receiver.

@DougKyed If the suspension holds, do you see any chance Brissett might start over Garoppolo?
— @avery_patsfan
Nah.

@DougKyed Sup? (For this week)
— @June__NYC
Might have to hit you with an “nm, u?” this week, June_NYC. Just fully focused on writing this mailbag. Also listening to some late-90s pop punk, because that’s a thing I’ve been doing a lot of lately. And by lately, I mean since the late 90s.

@DougKyed as it stands right now who is the starting OL for week 1 in Arizona?
— @pwsmithj
Well, Shaq Mason, Josh Kline, Tre’ Jackson, Sebastian Vollmer and Nate Solder aren’t practicing, so the starting O-line as it stands now would be LaAdrian Waddle, Joe Thuney, Bryan Stork, Jonthan Cooper and Marcus Cannon, from left to right.

I have no idea what the starting offensive line will be when everyone’s healthy. Just being honest here, folks. I’m fairly certain Solder and Vollmer will be the tackles. As for the guards and center? No clue.

@DougKyed Granted that it’s still June, are any UDFAs already starting to stick out?
— @TeamCrazyMatt
Foster is standing out because of his athleticism and route-running ability. Cornerbacks Jonathan Jones and Cre’von LeBlanc have made some nice plays, as well. This could shape out to be a nice undrafted class, but they have to earn roster spots on a stacked team first.

@DougKyed Battle royal breaks out in the beat writer’s have to fight to the death. Who walks out in the end?
— @Talendrith
Probably Trags.

@DougKyed what was the NFL’s Twitter password?
— @JP_Shanahan
Apparently it was “olsen3culvercam88,” but I am SHOCKED it wasn’t something about integrity.

@DougKyed Think it’s a good idea for Brock Lesnar to go back to UFC? Think it will help/hurt his WWE character? What will WWE get in return?
— @Mart_78
I think it’s good for WWE, because it will help hype up SummerSlam even more. SummerSlam has the potential to be quite a bit better than WrestleMania because so much more of the talent is healthy. 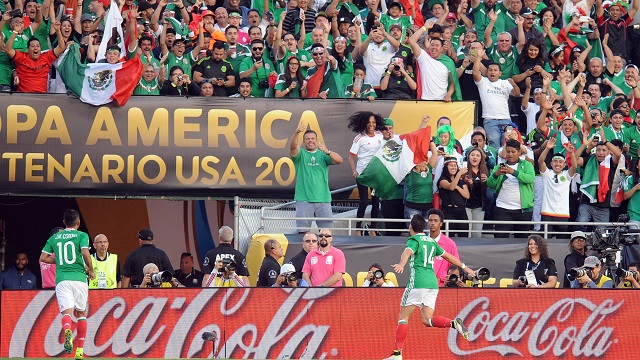