BOSTON — Steven Wright entered Wednesday’s game with an American League-best 2.09 ERA and hadn’t allowed an earned run in 16 1/3 innings dating to May 30.

For some pitchers, those numbers might add a little pressure when they take the mound for their next start. But Wednesday was just another day at the office for the Red Sox’s resident knuckleballer.

Wright put forth another solid start, blanking the Baltimore Orioles over the first six innings at Fenway Park and finishing with three earned runs allowed over 7 1/3 innings in Boston’s 6-4 win.

The 31-year-old veteran now has won five consecutive starts and has a team-best 8-4 record. Most importantly, he continues to be a rock in the Red Sox’s sometimes volatile rotation.

“He’s so calm. You all see it,” manager John Farrell said of Wright. “You see it on his game day. There’s no change in his attitude or his personality. It’s kind of refreshing in a way. He’s developed an awful lot of trust with all of us here.”

Wright also is making a legitimate case to earn his first All-Star selection. His 2.22 ERA after Wednesday’s start is the AL’s second-best behind Cleveland Indians ace Danny Salazar and he’s holding opponents to a .204 batting average, the third-best mark in the league.

As is his nature, though, Wright is doing his best to remain even-keeled. When asked how confident he felt after another strong start, Wright replied, “Same as I was the last time you asked me.”

If he keeps up his recent success, Wright could have an All-Star defense behind him in San Diego on July 12.

Let’s hit a few other notes from Red Sox-Orioles.

— Dustin Pedroia made the defensive play of the night with the shift on in the fourth inning, diving from his old college position of shortstop to snag a Mark Trumbo grounder and firing to first for the putout.

Don't worry, @15Lasershow has your back. ? pic.twitter.com/5f0aRezdsC

Hanley Ramirez, who made plenty of noise with his bat, reacted to Pedroia’s play with the quote of the night:

— Chris Young was replaced in left field by Rusney Castillo in the top of the ninth due to some tightness in his right quad, per Farrell.

“He went first to third early in the ballgame, and as the game wore on, he felt a little bit more tightness,” Farrell said. “We’re hopeful he’ll be ready to go (Thursday).”

— David Ortiz set another milestone with an RBI single in the third inning.

— Left-hander Roenis Elias is expected to be called up Friday to start against the Seattle Mariners, but that might not be Boston’s only move. Farrell said before Wednesday’s game the Red Sox could bring another left-handed bat up from Triple-A Pawtucket to try to bolster their bench.

“We?re trying to get a left-handed compliment,” Farrell said. “… And with Roenis coming to us on Friday, we?ve got a little bit of roster — I don?t want to say shuffling — but some potential changes upcoming.”

— Joe Kelly still is throwing on flat ground as he continues to rehab from a groin injury he suffered June 9 in Pawtucket. Farrell doesn’t have a timetable for his return.

“Until he gets off flat ground in an aggressive way — and that would be out to 180 feet with good intensity — then the next step is to get on the mound,” Farrell said of Kelly.

— A few New England Patriots rookies reportedly visited Fenway Park to take in Wednesday’s game, including cornerback and Baltimore native Cyrus Jones, who might have had a slight conflict of interest.

#Pats rookies are headed to Fenway for the #RedSox game tonight against the #Orioles. Interesting situation, isn't it @CyJones_ 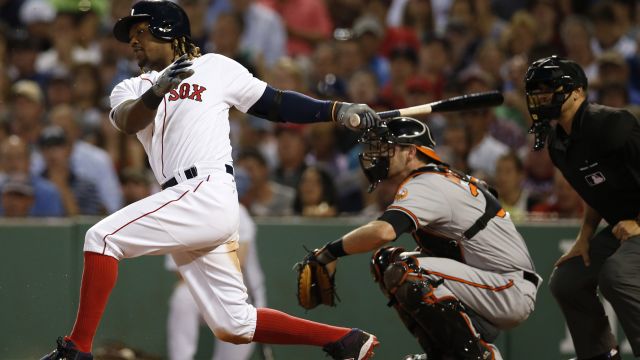 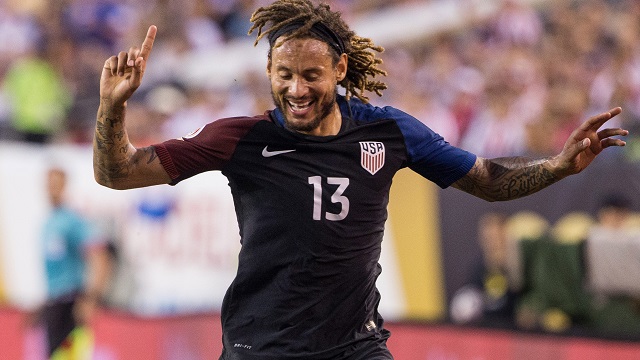