BOSTON — Major League Baseball’s highest-scoring offense was held to a single run for a second consecutive game Tuesday night as the Red Sox fell to the Chicago White Sox 3-1 at Fenway Park.

Chris Sale performed as advertised for the visiting White Sox, allowing a run on four hits in seven innings of work, while Red Sox right-hander Clay Buchholz took the loss in his first start in more than a month.

Buchholz, whose previous five appearances had come in relief, allowed a home run on the first pitch he threw and a double on his second. He settled down from there but lasted just five innings, surrendering three runs on four hits while walking one and striking out five.

GAME IN A WORD
Silent.

The Red Sox, who entered Tuesday with 25 more runs scored than any other team in the majors, have managed to score just four over their last three games.

IT WAS OVER WHEN…
The Red Sox put two men on base with one out in the eighth but failed to score.

Hanley Ramirez struck looking out for the second out of that inning to cap a brutal night in which he went 0-for-4 with three K’s and left three men in scoring position.

Pinch hitter Marco Hernandez struck out with a man on second and two outs in the ninth to end the game.

ON THE BUMP
— Buchholz’s first pitch of the night was launched to the moon by Tim Anderson, giving the White Sox shortstop his first career big league home run.

1st pitch of the game, 1st career HR for @TimAnderson7

His second offering resulted in a wall-ball double for Adam Eaton, who later scored on a sacrifice fly by Melky Cabrera to give Chicago a very early 2-0 lead.

Buchholz went on to retire nine of the next 11 batters he faced but was victimized by the long ball again in the fourth inning. Todd Frazier did the honors the second time around, stroking a solo shot into the Monster seats to make it 3-1 White Sox.

That was all Chicago would get against Buchholz, who retired the final five batters he faced (striking out three of them) before departing after 78 pitches.

— Matt Barnes relieved Buchholz to begin the sixth and tossed 2 1/3 innings of scoreless relief. He allowed two hits and struck out two before giving way to Tommy Layne with one out in the eighth.

— Layne induced a pair of groundouts to finish off the eighth, then struck out the first two batters he faced in the ninth. He issued a walk to Brett Lawrie but caught him attempting a steal to retire the side.

IN THE BATTER’S BOX
— After going down in order in the first two innings against Sale, the Red Sox got on the board in the third. Travis Shaw and Sandy Leon led off the frame with consecutive singles, and Shaw came in to score on a sac fly by Mookie Betts.

The inning also included a Dustin Pedroia single and a Xander Bogaerts walk, but Boston managed only the one run.

— Shaw was very slow to get up after fouling a pitch off his right ankle during the fourth inning, but he remained in the game and went on to finish 2-for-4 with a double and a run scored.

Both of those hits came against Sale, one of the game’s premier left-handed pitchers. Shaw entered the game hitting just .156 against lefties this season and was pinch-hit for with one on the mound in the ninth inning of Monday’s loss.

— Bogaerts launched a fly ball to the absolute deepest part of the ballpark in the sixth inning but was robbed by center fielder J.B. Shuck, who sprinted back to snare the ball in front of the 420-foot marker.

— Designated hitter David Ortiz entered the game as a pinch hitter in the bottom of the ninth inning and drew a walk.

Including tonight, the Red Sox are 4-for-47 (.085) in their last six games with runners in scoring position.

UP NEXT
These teams will be back at it Wednesday night, with Boston’s Eduardo Rodriguez squaring off against Jose Quintana. 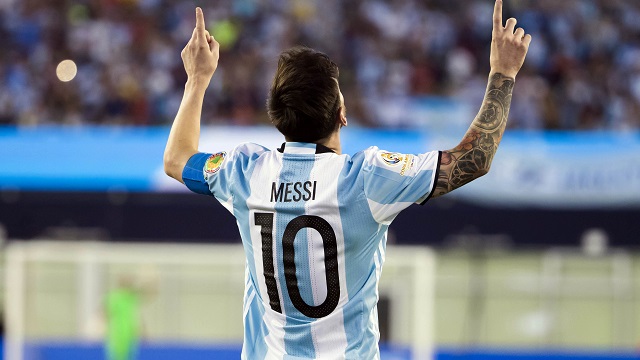 Lionel Messi’s Record-Setting Free-Kick Goal Vs. USA Soccer Was A Work Of Art 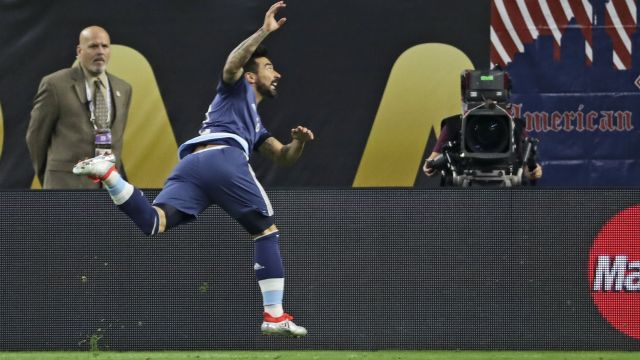