BOSTON — Steven Wright hasn’t needed much run support this season, but his teammates were happy to oblige him Wednesday night.

The Red Sox jumped out to a six-run lead over the Baltimore Orioles at Fenway Park thanks to a three-run homer by Hanley Ramirez, and Wright delivered another strong start to help Boston earn a 6-4 win and even up the teams’ three-game series.

The win also helped the Red Sox regain a share of first place in the American League East with Baltimore at 37-27.

GAME IN A WORD
Rebound.

It was a night of redemption at Fenway, as several Red Sox batters — most notably Ramirez — shook off recent droughts to deliver key hits that helped Boston emerge victorious.

IT WAS OVER WHEN…
Ramirez hit one onto Landsdowne Street.

The Red Sox first baseman’s massive three-run homer to left field came in just the third inning, but it gave Boston a 6-0 lead, which turned out to be more than enough with Wright on the mound.

ON THE BUMP
— Wright put forth another strong outing, breezing through the first six innings before Adam Jones ended his shutout bid with a two-run homer in the seventh. The right-handed knuckleballer was pulled with one out in the eight after walking Chris Davis, who later would score to give Wright three earned runs on the night.

Wright, who allowed six hits over 7 1/3 innings while striking out four, walking one and hitting two batters, actually raised his ERA from 2.09 to 2.22. Jones’ homer snapped a 23 2/3-inning scoreless streak for Wright dating to May 30.

— Junichi Tazawa relieved Wright and allowed an RBI double to Matt Wieters to score the inherited run. Tazawa surrendered another run on a Jonathan Schoop RBI single in a rough 2/3-inning appearance.

— Craig Kimbrel tallied a strikeout in a clean ninth inning to record his 15th save of the season.

IN THE BATTER’S BOX
— Ramirez was the star of the night, blasting a three-run homer in the third and adding a single in the seventh to finish 2-for-3 with three RBIs and two runs scored. It was his first long ball since May 10.

— Travis Shaw also busted a slump with an RBI double in the second inning that plated Boston’s first run. The base-knock was Shaw’s first extra-base hit since June 4.

— Xander Bogaerts and David Ortiz each tallied RBI singles in the third. Both players finished 2-for-4 with an RBI and a run scored, as the first five batters in Boston’s lineup each recorded two hits.

— It was another tough night for catcher Christian Vazquez, who went 0-for-4 with two strikeouts and was the only Red Sox starter not to record a hit.

Hanley just tossed it to guy again. Dude yells "I caught it."
Hanley: "me too"

This saga is better than Twilite

UP NEXT
The Red Sox will send lefty Eduardo Rodriguez to the mound for Thursday’s rubber match against Baltimore. The Orioles will counter with right-hander Tyler Wilson. First pitch at Fenway is set for 7:10 p.m. ET. 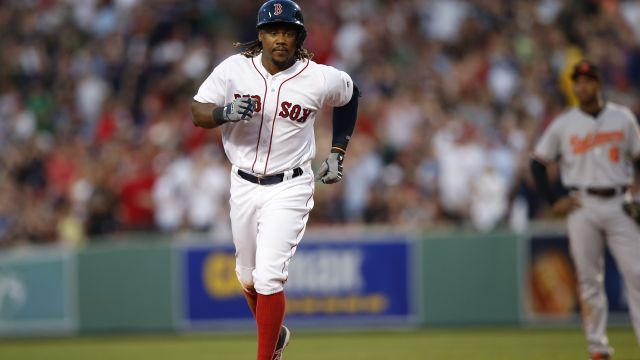 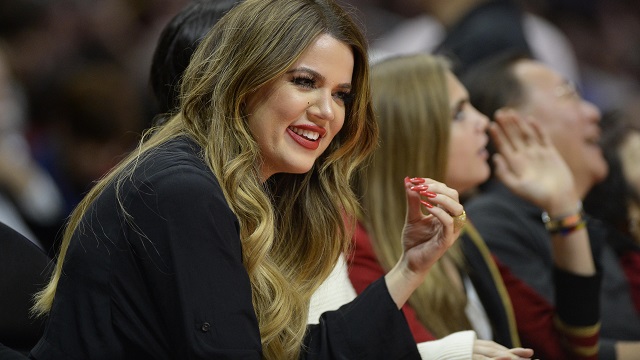 Is O.J. Simpson Khloe Kardashian’s Father? She Seems To Think So