Get ready for an interesting U.S. Open.

The 116th edition of the annual major championship is scheduled to begin Thursday at Oakmont Country Club, which has a reputation of being one of the toughest golf courses in America. This week’s winner probably won’t be as much a “winner” as he is a “survivor,” and emerging victorious will require a ton of mental resolve in addition to skillfully placed shots.

?Once you become a member here, you just kind of go along with the train,? Bob Ford, Oakmont?s head professional since 1979, recently told PGATour.com of the course’s difficulty. ?The train is going down the road. We want it hard. We want it fast. We want it impossible, and we?re not in favor of low scores.?

This week’s event marks the first U.S. Open at Oakmont since 2007. Angel Cabrera edged Tiger Woods and Jim Furyk that year and won the tournament at 5-over par.

Jordan Spieth enters the 2016 U.S. Open as the defending champion, having won the 2015 tourney at Chambers Bay by one stroke over second-place finishers Dustin Johnson and Louis Oosthuizen. But Jason Day, the world’s current No. 1 golfer, enters as the favorite.

Day is chasing his first career U.S. Open victory. Will he get it? Our NESN.com panel weighs in with who they think will reign supreme this weekend in Pennsylvania.

Ricky Doyle: Patrick Reed
I really didn’t want to pick one of the favorites — Day, Spieth or Rory McIlroy — because I think the treacherous nature of this course lends itself to an underdog emerging from the pack. As such, I’m going with Reed, who leads the tour with nine top-10 finishes this season, despite him never finishing in the top 10 of a major tournament. His second-ranked scrambling (67.14 percent) — the percent of time a player misses the green in regulation but still makes par or better — should serve him well at a place where improvisation could be key.

Cameron McDonough: Jason Day
I would have loved to pick an outside-the-box winner, especially considering Angel Cabrera surprised everyone when he won the 2007 U.S. Open at Oakmont. But with the way Day has been playing since last summer, it’s impossible for me to pick against the No. 1 golfer in the world. The last time Day didn’t finish in the top 10 at a major was the 2015 Masters, so he should be in contention on Sunday at the very least. And considering he has seven wins since last July, including his first major at the 2015 PGA Championship, I like his chances to be the last man standing at the brutal Oakmont.

Not a bold pick, but I expect Spieth to be determined to put his Masters collapse behind him and prove he’s still the best player in the world. The defending U.S. Open champion won the Dean & Deluca Invitational last month, giving him three top five finishes on the season. It’s so difficult to get on the green in the U.S. Open because the fairways are narrow, the rough is thick and the pin locations are in absurd places. That’s why when you get on the green, you must capitalize, and Spieth ranks No. 1 in the sport with only 1.684 putts per hole. He also ranks No. 1 with 4.4 birdies per round. Expect Spieth to defend his championship with a bounce-back major performance. 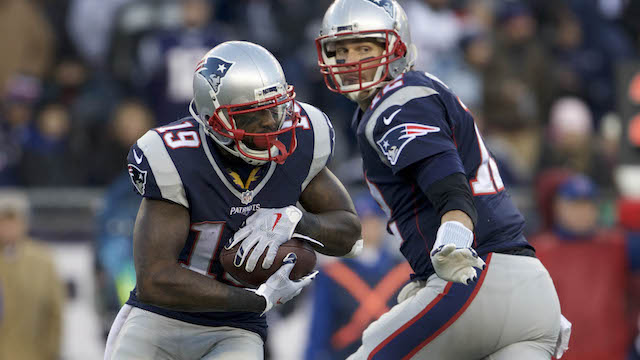