#USMNT advances to quarterfinals. It's their 1st time advancing out of group stage at a major tournament after losing their opening match

This is the first time the #USMNT has qualified for the #CopaAmerica Quarterfinals since 1995. #USAvPAR #Copa100 pic.twitter.com/L1bxzXpKEA

Dempsey’s goal was the difference in the score line, but the hearts, minds and souls of the current United States players have carried them through to the knockout rounds. Paraguay dominated the second half in the aftermath of Yedlin’s dismissal, but the U.S. defense held firm amid some of the greatest pressure it has faced since the 2014 FIFA World Cup. Brooks and Guzan joined the ranks of U.S. soccer’s new-age heroes.

Team USA sits atop Group A, pending the outcome of Colombia-Costa Rica. Regardless of how that game plays out, Team USA has hit its first objective in progressing from one of the most difficult groups in the competition.

Meanwhile, Paraguay is heading home due to its lack of firepower.

1 – Since 1993 (Groups of 4 teams), this is the first time that #Paraguay score only one goal in the group stage of a #CopaAmerica. Out

90th minute, 1-0 United States: There will be six minutes of added time in the second half.

87th minute, 1-0 United States: Beckerman curls a left-footed shot narrowly wide from distance. It would have been the goal of his career.

79th minute, 1-0 United States: The referee cautions Orozco for a foul on Iturbe.

76th minute, 1-0 United States: Paraguay is putting 10-man USA under intense pressure by dominating the ball and territory in the second half.

27 – #USMNT has had just 27% of the possession in the second half of tonight's game. Parked.

71st minute, 1-0 United States: The referee cautions Rojas for a tackle from behind on Wood.

Wood earns himself a yellow card, too, for pushing Rojas after the play.

Didn’t someone say something about Philadelphia being the “City of Brotherly Love.” This is more like the soccer version of the Broad St. Bullies.

This comes moments after he failed to penalize a Paraguay defender for a foul on Wood, after the U.S. striker skinned a pair of opponents with a dribble.

62nd minute, 1-0 United States: Zardes fails to finish off a counter-attack after Wood set him up perfectly. Paulo da Silva broke up the play, as Zardes set himself up to shoot.

The U.S. winger probably should have shot earlier.

Team USA returns to a four-back setup, with Orozco lining up at right back.

Bobby Wood likely will be playing as a lone striker.

48th minute, 1-0 United States: The referee shows Yedlin a second yellow card for a tackle from behdind on Miguel Samudio.

Another look at the two fouls that led to DeAndre Yedlin's red card. #USAvPAR #MyCopaColors https://t.co/Ub9OxxNQS7

The U.S. is playing with 10 players following Yedlin’s red card.

DeAndre Yedlin is the first American player sent off in a competitive match since Jay Heaps in the 2009 Gold Cup Final vs Mexico.

46th minute, 1-0 United States: The second half is under way.

The United States’ job is half finished, and the quarterfinals are within touching distance after a fine first half for the home team. Dempsey’s goal provides the difference in score, but the organized and committed U.S. players also deserve credit for their first-half display.

Brooks’ tackle and Guzan’s save denied Paraguay’s best scoring chances. The South American side was otherwise ineffective as it approached the game patiently, looking to capitalize on Team USA’s mistakes. Unfortunately for Paraguay, the hosts didn’t make many.

History suggests Team USA should prepare for the knockout rounds, but Klinsmann won’t let his players lose focus until they complete the job, regardless of what the stats say.

The last time Paraguay won a #CopaAmerica game after conceding the first goal was in 1995 vs Venezuela. #USAvPAR pic.twitter.com/mNAucrA5MI

45th minute, 1-0 United States: Lezcano races in behind the U.S. defense, but Guzan saves his shot at the near post. Lezcano will regret not scoring the game-tying goal there.

45th minute, 1-0 United States: There will be one minute of added time in the first half.

40th minute, 1-0 United States: Both sides appear more comfortable trying to counter-attack, instead of building play slowly from the back through the midfield.

It has made for a low number of scoring chances and high volume of fouls and restarts in this case.

The goal came via counter-attack. Zardes dribbled up the left side and held possession long enough for Dempsey to arrive in the box. Zardes then slid a reverse pass into the Paraguay area, and Dempsey finished with an authoritative first-time shot.

The goal isn’t bad for a player, whose national-team career seemed under threat just a few months ago. As Dempsey goes, so goes the United States.

11 – @clint_dempsey just scored his second goal of the Copa America with his 11th total shot of the tournament. Legend.

4 – Clint #Dempsey has had a hand in four of @ussoccer five goals in this #CopaAmerica: 2 goals, 2 assists. Symbol #USAvPAR

@clint_dempsey playing his 127th game, equaling @marcelobalboa17 as 4th highest all time capped for the USA. Now has 51 international goals

24th minute, 0-0: Team USA has another free kick near Paraguay’s goal. Dempsey curls it over the top corner from around 25 yards out.

The U.S. could rue not converting these set pieces into better goal-scoring chances.

Moments earlier, Paraguay appealed for a penalty kick, but the referee declined.

The game has opened in a start-stop manner, as the teams exchange fouls and free kicks.

The U.S. has earned a pair of free kicks in promising positions early on.

Second minute, 0-0: It’s an end-to-end start, as Paraguay charges into the U.S. penalty area, only for the hosts to counter-attack. Both efforts come to nothing, but the intent is clear to see.

Kickoff: The Copa America 2016 Group A game between the United States and Paraguay is under way.

It's GO time! Tune in to @FS1 now for #USAvPAR! #MyCopaColors pic.twitter.com/hrogVRy73d

Pregame: This is the first competitive game between the United States and Paraguay since the 1930 FIFA World Cup, and Team USA head coach Jurgen Klinsmann springs the surprise of the century by doing … nothing.

Klinsmann sticks with the same starting lineup he used in the first two Copa America 2016 games. it’s the first time in his nearly five-year tenure that he names an unchanged lineup in three consecutive games.

He called USA-Paraguay a “knockout game” Friday at his pregame press conference and called on his players to show no fear against the South Americans.

#USMNT is starting the same lineup in three straight games for the second time in team history.

These teams have shown a tendency to concede early, having watched opponents score combined four goals in the first halves.

If Team USA can score early, stats suggest its advantage will be even more pronounced than the old “first goal is the most important goal” adage tells us.

5 – Paraguay only have five shots on target in their first two Copa America games. Only one of those came in either first half. Hindered.

Team USA takes on Paraguay on Saturday at Lincoln Financial Field in Philadelphia, Pa., in the teams’ final group-stage game at Copa America 2016. The United States will progress to the quartefinals with a victory or draw, while Paraguay must win in order to leapfrog Team USA in the Group A standings.

Paraguay midfielder Oscar Romero is suspended for the game.

USA-Paraguay kicks off at 7 p.m. Join us right here for all the action from Lincoln Financial Field. 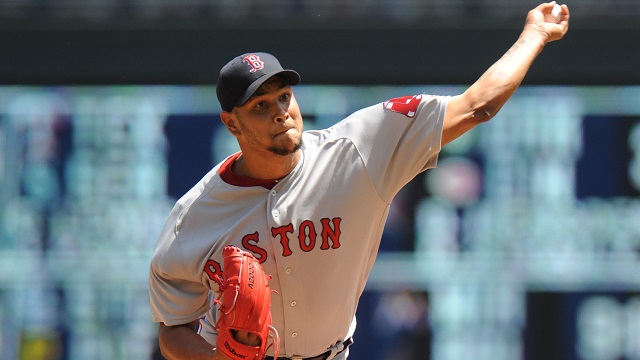 Red Sox Notes: Should Boston Be Worried About Eduardo Rodriguez? 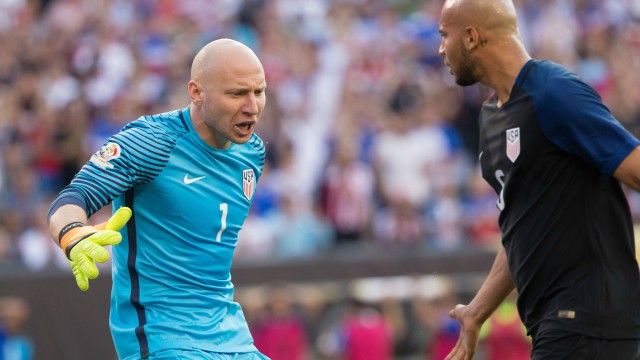