The hard-throwing closer, who was traded from the New York Yankees to the Chicago Cubs on Monday, started the 2016 season with a 30-game suspension for allegedly choking his girlfriend and firing eight gunshots in an October 2015 incident.

Cubs owner Tom Ricketts said in a statement Monday that the team’s front office had a conversation with Chapman before the trade about what’s expected of him off the field and that the closer agreed to meet those expectations.

However, reporters didn’t really get an answer Tuesday when asking Chapman about those expectations during his introductory press conference.

?He just got here,? Part-time translator/quality assurance coach Henry Blanco said on behalf of Chapman when the pitcher was asked about his conversation with the Cubs, via The Athletic. ?They haven?t sit down and talked to him about that at any point. He?s just going to wait for them to sit down and talk to him. But in the meantime, he?s just going to be Aroldis Chapman and do his thing.?

A Cubs public relations employee reportedly interjected and clarified to Blanco that the reporter was asking for specifics about Monday’s phone call and not future expectations with Chicago.

This is the answer given through Blanco:

?It?s been a long day, so he?s thinking,? Blanco said. ? … He was sleeping when they got in the meeting with him on the phone, so he?s trying to remember what they talked about.?

Chapman/Blanco went on to say the closer learned from his mistakes, but they also said Chapman hasn’t yet considered speaking out against domestic violence or working with domestic violence-related organizations.

The Cubs said afterward that some of the conference call was lost in translation — which a Spanish-speaker who goes by “Stan” on Twitter gave some good clarifications for —  and Chapman later reiterated some things in a one-on-one (in Spanish) with ESPN’s Pedro Gomez.

?I?ve grown tremendously from that time,? Chapman told Gomez, per The Athletic. ?I?m with my girlfriend still, with the family, and I feel that I have absolutely changed as a person. I?m working to be a better person. And now that I remember — because they just asked me in the previous press conference what the owners asked me — one of the things they did ask me was about being a better person and being a better neighbor to people. And that?s something that I think that I am now, much more so.?

There’s a lot going on here, but it doesn’t look good for Chapman or the Cubs.

For Chapman, he said clearly said to Gomez, “now that I remember,” so he should have been far more prepared for that conference call and those questions. You can blame that on the Cubs, if you want, but keep in mind Chapman has shown before that he’s not very remorseful. He told The New York Times in May that he didn’t do anything, yet he also said he didn’t exercise good judgement on the night in question and accepted his suspension from Major League Baseball without a fight.

If it’s possible, the Cubs actually might look worse. Translating requires more experience than simply being a native speaker of the language in question, and the Cubs should have been using a professional translator for a subject this sensitive. In fact, they should always use a professional translator because it’s extremely important to accurately convey what non-English speakers are saying.

But regardless of who you blame, Chapman and Blanco clearly danced around questions regarding the closer’s alleged domestic violence incident during Tuesday’s media session. And when you’re trying to show the organization did its due diligence and that Chapman truly is sorry for what happened, that’s definitely not how you achieve your goal. 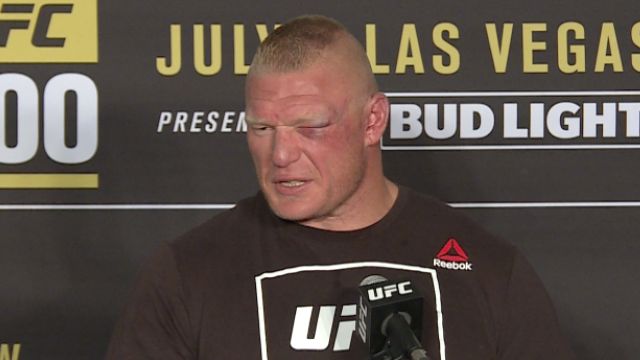