Final, 2-0 France: The referee blows the final whistle. France finally beats Germany in a game that matters and advances to the Euro 2016 final as a result.

Antoine Griezmann is France’s newest national hero. The France forward scored both goals in his country’s unforgettable win over Germany — its first against the European rival in a competitive game since 1958.

Germany had advantages in possession and territory, but only France found the all-important breakthroughs. Griezmann scored on the stroke of halftime and in the 72nd minute, giving his team enough of a cushion to withstand Germany’s final onslaught over the last 20 minutes.

#GERFRA – France are the first host nation to beat Germany in a major tournament since England in 1966. FINAL STATS: pic.twitter.com/UzW5FuiE71

France will face Portugal on Sunday at the Stade de France in the final. Les Bleus can join their famous forefathers among the pantheon of national sports legends with one more win.

The hosts have made it! See you in the #EURO2016 final, @equipedefrance! pic.twitter.com/RQNmDCSYpX

Seconds later, Gotze heads a cross wide of the goal.

90th minute, 2-0 France: There will be four minutes of added time in the second half.

89th minute, 2-0 France: The Stade Velodrome is in full voice, as the home fans greet each France pass with cries of “Ole!”

85th minute, 2-0 France: Germany is pressing for an all-important goal, but France is weathering the storm well.

80th minute, 2-0 France: Germany has just ten minutes to revive its hopes of advancing to the final.

Bastian Schweinsteiger is subbed off for Leroy Sane.

The end of his international career? #GER pic.twitter.com/cDVpJ7UF0n

75th minute, 2-0 France: The referee shows Kante a yellow card for a foul on Draxler.

75th minute, 2-0 France: At the other end, Pogba misses the target with an audacious long-range effort.

74th minute, 2-0 France: Kimmich hits a shot off the crossbar, as Germany looks to cut its deficit.

France dispossessed Kimmich deep inside Germany’s penalty area through high pressure. Pogba recovered the ball, freed himself of Mustafi and crossed into the goal-mouth. Neuer tried to punch the ball clear, but it fell close by to Griezmann, who prodded it into the goal.

What was originally an amazing save by Neuer turned into a #FRA goal pic.twitter.com/qxj0v4q8hn

Make that SIX #EURO2016 goals for Griezmann. The second-most at a single EURO after Platini (9). pic.twitter.com/0tRfpOYpgw

67th minute, 1-0 France: Payet is back in the flow of the game. The France midfielder ends a counter-attack by hitting a tame shot on goal. Neuer saves it easily.

Yes, that’s the same Gotze who scored the game-winning goal in the 2014 World Cup final. Gotze has struggled to progress since then. His confidence is thought to be low, and his form has suffered in recent months.

66th minute, 1-0 France: Payet is struggling with an apparent injury.

Germany now is without its two, first-choice center backs in Hummels and Boateng.

60th minute, 1-0 France: Things go from bad to worse for Germany. Boateng must leave the game due to an injury.

The Germany center back has battled a calf injury during Euro 2016. He seemed to have re-injured the muscle while making a pass.

56th minute, 1-0 France: Aside from France’s two early efforts, Germany has controlled the second half but had difficulty breaking down France’s deep-lying defensive wall.

No player on the pitch has made more successful clearances (5) than Samuel Umtiti so far.

Having a great game. pic.twitter.com/moNYqSEHvk

47th minute, 1-0 France: Griezmann runs onto Giroud’s lay-off pass and shoots, but his effort hits the side netting.

Germany finds itself in an unfamiliar position.

This is the 1st time #GER has trailed in its last 11 major tournament games, it last trailed vs Ghana in the 2014 World Cup group stage

Halftime, 1-0 France: The referee blows the whistle for halftime. France leads by one.

Griezmann’s goal on the stroke of halftime dramatically changes the outcome of a first half, in which Germany outplayed France but finds itself trailing. Schweinsteiger is Germany’s most experienced player, but his needless handball is the major talking point of the half.

After a slow start, Germany pinned France deep in its half and created a host of chances. Were it not for Lloris’ saves and wayward shooting, the scoreline would be reversed.

Either way, France is just 45 minutes from a return to the Stade de France for a major final. Germany undoubtedly will continue to attack with its entire arsenal.

you know when that hotline bling pic.twitter.com/XmznoS5g5H

5 – Antoine Griezmann has now scored as many goals for #FRA at the European Championship finals as Zinedine Zidane (5). Superstar.

45th minute, 0-0: The referee has awarded France a penalty kick.

The ball hit Schweinsteiger’s hand as he tried to beat Evra to a header following Griezmann’s corner kick.

Was it a penalty? Harsh on #Schweinsteiger? #FRAGER #EURO2016 https://t.co/zxgxMSRSlp

The referee has shown Ozil a yellow card for kicking the ball away during Germany’s protest of the penalty kick.

43rd minute, 0-0: The referee shows Evra a yellow card for accidentally tripping Kroos from behind.

42nd minute, 0-0: Griezmann shoots into the side netting from a tight angle after Patrice Evra found him inside the penalty area with a deft pass.

"Giroud was slow of leg, but also slow of brain," says Spanish TV.

39th minute, 0-0: Muller attacks France’s goal by himself, dribbling forward and shooting from 25 yards out. Lloris saves Muller’s shot and gathers the rebound.

Hugo Lloris has already made four saves – more than in any other #EURO2016 match.#GERFRA https://t.co/UAJ2Ye3Uoe pic.twitter.com/zO6quC3nim

37th minute, 0-0: The referee shows Can a yellow card for barging over Griezmann.

The caution is a bit harsh on Can, who often uses his physique to his own benefit.

32nd minute, 0-0: Kimmich crosses into the penalty area, but nobody controls the ball. Muller tries to stab it home, but Samuel Umtiti reacts quickly and clears it from danger.

30th minute, 0-0: France largely contained its first five opponents at Euro 2016, but Germany has posed a new kind of threat in the first half hour.

#GERFRA – France faced 9 shots on target in their first 5 games at #EURO2016 combined.

Germany have hit 4 on target in 30 minutes.

21st minute, 0-0: Pogba’s block on Kroos’ shot reduces it to a roller. Kroos appeals for a penalty kick on Pogba’s contact, but the referee ignores the Germany midfielder.

15th minute, 0-0: Muller shoots tamely on goal, allowing Lloris to make an easy save. The mis-firing Germany forward is lively early on in the semifinal.

Thomas Muller has not scored in 10 Euro matches… he has 10 World Cup goals. #GERFRA https://t.co/UAJ2YdMiZE pic.twitter.com/G34dZpvyGP

14th minute, 0-0: Can fires a shot on goal, but Hugo Lloris makes a diving save.

The Lloris save from Can. Two top goalkeepers on show tonight ?#EURO2016 pic.twitter.com/Z5whmzYyQr

Germany has responded to Griezmann’s effort with a pair of attempts on goal. The visitors are assuming control, as we near the quarter-hour mark.

12th minute, 0-0: Germany has needed 10-plus minutes to sustain possession for the first time in a meaningful way. But France has dropped all 11 players into its own third, forming a blue wall.

Griezmann and Blaise Matuidi exchanged a series of passes on the left side to create the opportunity.

Fifth minute, 0-0: The teams are struggling to maintain possession and build attacking moves amid the din at the Stade Velodrome.

Second minute, 0-0: The game has started quickly with the teams attacking aggressively and defenses responding in kind.

2 – #GERFRA is the meeting between the best offense and the best defence of #Euro2016. Showdown. pic.twitter.com/tZ522dJr1z

Germany always beats tournament hosts. France never loses at home in major tournaments. Something has to give.

#GERFRA – Germany haven't lost to a host nation at a EURO or World Cup in 40 years. pic.twitter.com/INedSShfpy

France hopes its three-headed monster of an attack will be as effective against Germany as it has been throughout Euro 2016.

Germany has the stingiest defense in Euro 2016. Can France striker Olivier Giroud remain Germany goalkeeper Manuel Neuer’s nemesis for another 90 (or 120) minutes?

Manuel Neuer has conceded just once at #EURO2016. Can he keep #FRA out? pic.twitter.com/EittZESmcO

0 – #GER have never trailed since the beginning of the #EURO2016, only nation in that case alongside #POL. Achtung.

Germany coach Joachim Low has altered his lineup and changed formation to compensate for the absences of Mats Hummels (due to suspension), Sami Khedira and Mario Gomez (both injured).

Benedikt Howedes moves from right back to center back alongside Jerome Boateng, and Joshua Kimmich starts at right back.

Emre Can and Bastian Schweinsteiger start as deep-lying central midfielders, pushing Toni Kroos forward into an attacking-midfield position, with Mesut Ozil and Julian Draxler flanking him.

2 p.m. ET: Only one of the following two scenarios can come to pass in the 2016 UEFA European Championship: Germany will spoil France’s party or France will halt Germany’s march to history.

France hosts Germany on Thursday at the Stade Velodrome in Marseille in the Euro 2016 semifinals. They have been the most impressive of the 24 competing teams at the tournament, but only one will advance to the final after what many are expecting to be a knockout game for the ages.

Germany seeks to join the great France team of 1998-2000 and Spain’s 2010-2012 side as the only countries to reign as FIFA World Cup and European Championship winners simultaneously.

France won Euro 1984 and the 1998 World Cup on home soil, and the current “Bleus” are keen to stand alongside their famous predecessors by bringing the greatest joys to their home fans.

Germany has history on its side, having beaten France in three of four competitive meetings at major tournaments. France’s last victory over Germany in a competitive game came in 1958, but this Euro 2016 semifinal will demonstrate how far the teams have progressed since Germany’s a 1-0 win over France in the quarterfinals of the 2014 FIFA World Cup.

The winner will face Portugal on Sunday in the Euro 2016 final.

Germany-France kicks off at 3 p.m. Join us right here for all the action from Marseille.

The Stade Vélodrome in Marseille is ready for today's semi-final! ?#GERFRA #EURO2016 pic.twitter.com/R6JjRb2un1

It doesn't get much better… pic.twitter.com/Fh9K0B4ga8

Under five hours to kick-off in Marseille! 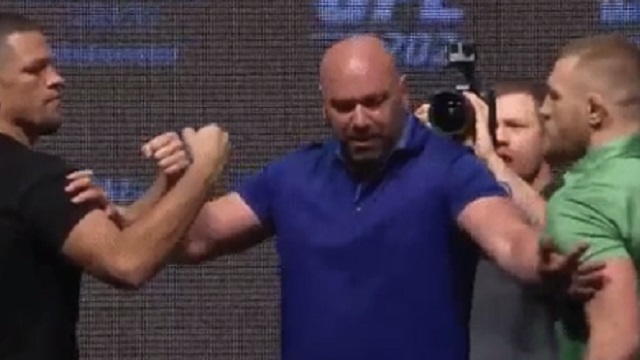 Conor McGregor Says He’d Fight At UFC 200, But That Ship Likely Has Sailed 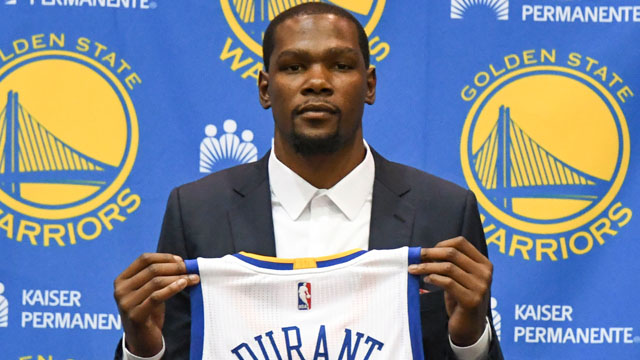