Major League Baseball on Tuesday announced the rosters for next Tuesday’s Midsummer Classic, with the Chicago Cubs and Boston Red Sox dominating the contingents of their respective leagues.

Now, two additional players needed to be added — one to each roster — as part of the now-annual MLB All-Star Game Final Vote contest. Baseball fans will get their chance to vote for the final addition to each team, but it won’t be easy, as they have to choose between five players from each league who are, quite frankly, all deserving All-Stars.

Let’s take a closer look at the ballots, ranking each player in both leagues.

5. Michael Saunders, OF, Toronto Blue Jays
It’s tough to make headlines when you play in an outfield with a slugger like Jose Bautista and a defensive wizard like Kevin Pillar. But if you haven’t been paying attention to Saunders, it’s time to take notice. This is far and away the best start to a season for Saunders, who’s getting to show what he can do when he’s healthy and not hitting at Safeco Field. If he keeps up this pace — 15 home runs, 38 RBIs, 24 doubles — he’ll have career highs across the board.

4. Evan Longoria, 3B, Tampa Bay Rays
The Rays might be 25th in the majors in runs scored, but don’t blame Longoria for that lack of production. He, too, is healthy again and is on pace to have maybe the best season of his career. At the very least, he could return to his 2013 level of production, a season in which he finished sixth in MVP voting.

3. Dustin Pedroia, 2B, Boston Red Sox
Pedroia is healthy again, and he’s back to being one of the best second basemen in baseball. Pedroia again is driving the baseball — his .817 OPS would be his highest since 2011 — and he’s a big reason why the Red Sox have baseball’s best offense. Even pushing 33 years of age, Pedroia also remains a highly adequate defensive player, leading all big league second basemen in defensive runs saved.

2. Ian Kinsler, 2B, Detroit Tigers
Imagine, for a second, how good the Texas Rangers could be right now if they got a do-over on the Kinsler-for-Prince Fielder trade. The biggest thing Kinsler has going against him is that the AL’s lot of second basemen is insane, but he’s on pace for career highs in home runs and RBIs, and his OPS is 47 points higher than his career total.

1. George Springer, OF, Houston Astros
If the All-Star Game was strictly the best players in the league — no fan voting or restrictions on who had to make the team — Springer would already be on his way to San Diego. Springer’s 3.6 WAR ranks among the top 10 in all of baseball, thanks to his incredible all-around game. Springer has found his swing and is likely to enter the All-Star break with career highs in nearly every offensive category. In his last 39 games, he has 10 home runs and 25 RBIs. Unsurprisingly, the Astros went 28-11 in that stretch to climb back into the playoff race.

5. Trevor Story, SS, Colorado Rockies
If they held this vote after the second week of the season, Story would be the runaway winner. But, you know, they don’t. As it is, Story has 19 home runs and 50 RBIs (not to mention 108 strikeouts) and is a legitimate power hitter who can rake.

4. Brandon Belt, 1B, San Francisco Giants
If Belt played another position, he’d probably be an All-Star already. But even so, the Giants first baseman deserves a second look. His numbers are really good (.297 batting average, 10 home runs, 45 RBIs) and they’d be even better if he played in a more hitter-friendly park. Belt has a ridiculous 1.012 road OPS and is a big reason why the Giants are running away with the NL West.

3. Ryan Braun, OF, Milwaukee Brewers
Given all his off-field transgressions, there’s little chance Braun wins a fan vote, but he’s having a sensational season. Braun’s .322 batting average is fifth in the NL, and his .912 OPS is the highest its been since Braun narrowly missed a second consecutive MVP in 2012.

2. Jake Lamb, 3B, Arizona Diamondbacks
Not much has gone right for the Diamondbacks this season, but Lamb’s breakout season is a definite highlight. One player in all of Major League Baseball has a higher slugging percentage than Lamb, who has 45 extra-base hits. That player? David Ortiz.

1. Starling Marte, LF, Pittsburgh Pirates
Apparently a .321 batting average, .836 OPS, 25 stolen bases and sparkling defense (10 runs saved) doesn’t go as far as it used to. Marte is quietly establishing himself as one of MLB’s most consistent all-around players, and only a handful of players boast a better WAR than Marte’s 3.2. 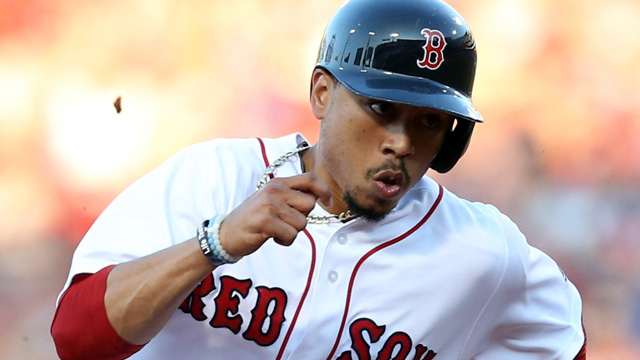 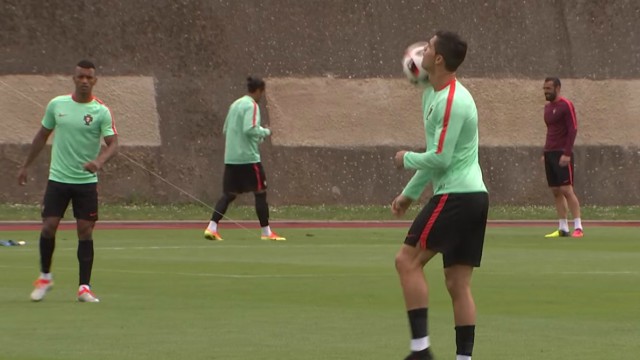