The Buffalo Bills report to training camp Friday, and they might have a new running back in the fold, too.

Former No. 2 overall draft pick Reggie Bush is in talks with the Bills about a free-agent deal, per ProFootballTalk’s Mike Florio.

“Per a source with knowledge of the situation, talks between Bush and the Bills continue,” Florio wrote. “The Bills view Bush as a potential option at punt returner and as a replacement/clone of LeSean McCoy, if he needs a break or is injured.”

Injuries are nothing new for Bush, as he’s missed 39 games since making his pro debut during the 2006 campaign. 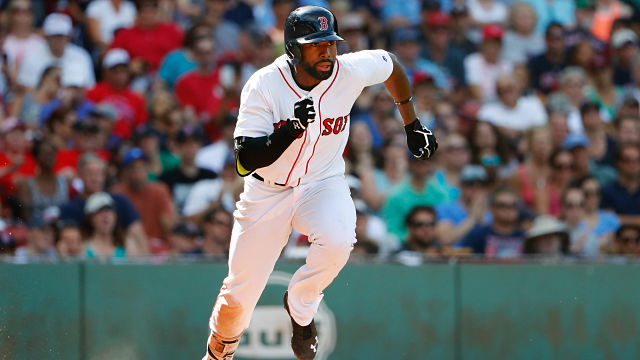 This Jackie Bradley Jr. Stat Shows Just How Much He’s Improved At Plate