BOSTON — David Ortiz always has had a flair for the dramatic, so it was only fitting that he’d do something special to cap off the first half of his magical 2016 campaign.

Big Papi’s towering blast gave him 22 homers at the All-Star break, an astonishing achievement for a 40-year-old DH who tallied a total of 23 homers during an injury-riddled 2012 season. Four years later, Ortiz somehow is playing some of the best baseball of his career, entering the break with a .332 batting average to go along with 72 RBIs and a Major League Baseball-best 34 doubles.

“It’s probably beyond our expectations coming into his final season,” manager John Farrell said after Sunday’s win. “He’s been so consistent. From the final swing of spring training against the (Minnesota) Twins, he seemingly hasn’t slowed down one bit. Just a powerful, impressive first half of the season.”

A power hitter like Ortiz inevitably will have his ups and downs at the plate, but Big Papi has been virtually slump-resistant in his final big-league season. He has boasted a .300 or better batting average since April 29 and, with his 525th career homer Sunday, has gone deep in three of his last four games.

“His contributions continue to climb,” Farrell added, “and the lists continues to elevate himself on the all-time lists. It’s pretty amazing to see what’s going on.”

The question remains, of course, whether Big Papi translates his historic first half into similar production down the stretch. The biggest concern surrounding Ortiz as he gets set to attend his 10th career All-Star Game obviously is his health, but fortunately for Red Sox fans, it appears he’s well aware of the situation.

“All I worry about right now is coming back (from the All-Star Game),” Ortiz joked after the game. “Coming back in one piece.”

Let’s hit a few other notes from Red Sox-Rays:

— Sunday was an excellent development for Red Sox starter David Price, who recorded 10 strikeouts over eight shutout innings and didn’t allow a hit after the third inning to pick up the win.

Price’s first shutout of the season couldn’t have come at a better time, as the veteran left-hander now has something to build upon after a first half he’ll likely want to forget.

“(Sunday) is an example of what I think everyone sees (in) David’s capabilities,” Farrell said.

— Recently-acquired reliever Brad Ziegler had quite the Red Sox debut, needing just eight pitches to retire the side in the ninth while recording two strikeouts.

“It was awesome,” Ziegler said of making his debut in front of the home crowd. “A lot of adrenaline. The fans, I’m grateful for the reception they gave me when they announced me. It was a lot of fun. It was everything you dream of when you think about putting on a Red Sox uniform and playing at Fenway.”

— Eduardo Rodriguez will get another crack at staying in the Red Sox’s rotation. Farrell announced before Saturday’s game that the left-hander will start next Friday against the New York Yankees in the team’s first game back from the All-Star break.

Rodriguez has made two starts with Triple-A Pawtucket since getting sent down in late June.

“There?s been some adjustments made to his hand position,” Farrell said of Rodriguez. “… By all reports and watching video of him, it looks like he?s gaining some comfort with the hand position that has been widely talked about. Required needed adjustments have been made.”

Steven Wright is expected to start after Rodriguez on Saturday, with Price scheduled to pitch Sunday.

— Clay Buchholz also could return to Boston’s rotation, although the Red Sox won’t need a fifth starter until July 23 thanks to some well-timed off-days. Buchholz hasn’t appeared in a game since July 2.

“Right now, we’re working to get Clay back in there at some point,” Farrell said. “Where that slots in after the New York series remains to be worked through, but that’s the tentative plan right now.”

— The Red Sox enter the All-Star break 11 games over .500 at 49-38 and are two games behind the first-place Baltimore Orioles in the American League East. Boston was 42-47 entering last year’s break. 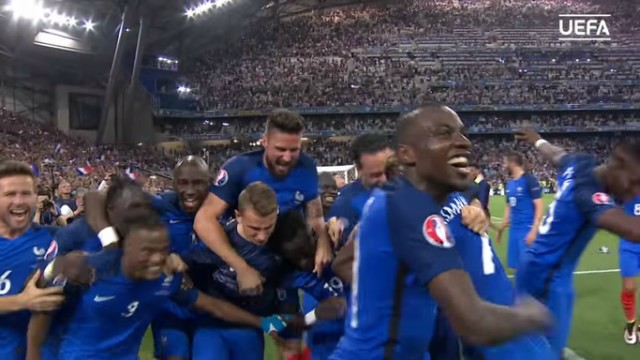