BOSTON — Hanley Ramirez had the game of his life Wednesday.

The Boston Red Sox’s first baseman blasted a career-high three home runs — to right field, center field and then left field — with six RBIs in an 11-7 win over the San Francisco Giants.

Ramirez wasn’t necessarily trying to power up, instead just trying to help his team and excite his teammates. He succeeded.

“It was kind of motivation in the dugout for my teammates, but I was pretty calm,” Ramirez explained in the clubhouse after the victory. “That?s a good thing, you know, when you can motivate your teammates and everybody wants to go to the plate and do something. That?s been my key with all my teammates ? that?s something special that we?ve got on this team.”

Ramirez also made several terrific defensive plays at first, highlighted by starting a double play during a bases loaded, no outs situation in the sixth inning, preserving an 8-7 Boston lead at the time.

The first baseman received several deserved standing ovations for his play, with the Fenway Faithful chanting “Hanley, Hanley” while he was batting, a far cry from the frustration and disappointment directed toward him last season.

“That?s such a nice feeling,” Ramirez said. “Like I said at the beginning of the year, they know that I?m working hard every day and giving everything that I?ve got on the field. And it?s what I?m supposed to do. Control what I can control every day and be a good teammate and keep working hard.”

After his second home run of the night, Ramirez was hit by a pitch from reliever Albert Suarez. He was visibly angry, yelling things to the mound while being walked to first base by an umpire to prevent an altercation.

“Every time I get hit that fires me up,” he explained. “That makes me a better player ? it makes me so angry. Sometimes Hanley is not Hanley. It?s somebody else.”

So, was Ramirez trying to hit a home run in his fourth plate appearance of the night as a bit of retribution?

It worked that time, but it’s not something he’s planning on doing often — even though he tried again in his final at-bat.

“I don?t hit homers when I?m trying to hit homers. They said ?It don?t matter you got three already so just swing as hard as you can.? I told them, that?s what I do every time.”

Let’s take a look at some other notes from Wednesday’s game.

— The Giants haven’t won at Fenway Park since 1915 when they defeated the Boston Braves in a regular-season game. Their last win against the Red Sox at America’s Most Beloved Ballpark came in 1912 — in Game 7 of the World Series.

What’s worse? They lost that World Series, as The Mercury News pointed out. Game 2 ended in a tie, so the series went eight games.

–Besides this quick two-game set, San Fran’s only other Fenway visit came in 2007. The Red Sox won the World Series that year, too.

–Travis Shaw’s home run in the second inning was his 62nd career extra-base hit through 155 career games. Ted Williams (88 XBH) and Fred Lynn (79) are the only other Red Sox lefties with that many extra-bases hits with Boston in their first 155 career games.

— Red Sox manager John Farrell provided an update on Koji Uehara’s injury status both before and after the game.

“Nothing more than we anticipated after being examined last night,” he said of the 41-year-old’s right pectoral injury that landed him on the 15-day disabled list. “He?s got some soreness in the right pec.”

The team was relieved, to an extent, that is wasn’t a shoulder injury and rather just a muscle in Uehara’s chest that was hurt.

“In that regard, it?s the lesser of two evils,” Farrell said. “But still, the pec is directly involved in throwing the baseball, so to suggest any kind of time frame is still too early for that but unfortunately we?re going to be without Koji.”

Farrell explained that they knew it would definitely need at least two weeks before even getting an MRI, which he said underscored the severity of the ailment.

After the game, he added that the MRI did confirm the pectoral strain, but that the team still was trying to determine the severity and time frame for Uehara’s recovery. 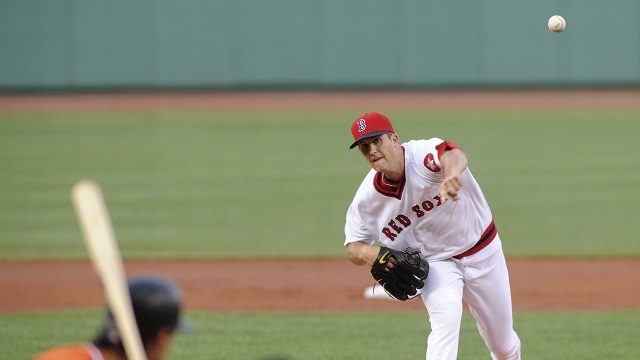 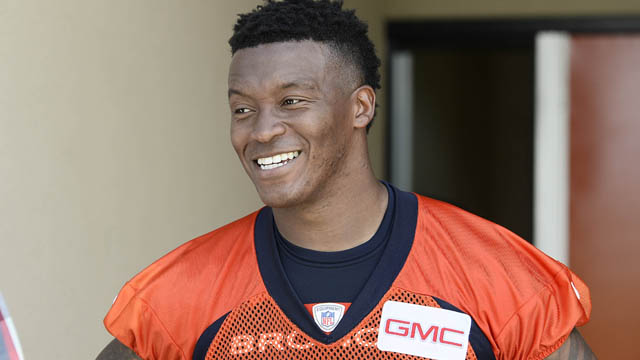