BOSTON — The Red Sox took one step closer toward entering the All-Star break on a high note Saturday.

Rick Porcello allowed just one run over seven innings and Xander Bogaerts smacked a two-run home run to help lift Boston to a 4-1 win over the Tampa Bay Rays at Fenway Park.

The Red Sox now have won five of their last six games with one contest remaining before the All-Star break and are tied with the Toronto Blue Jays for second place in the American League East.

GAME IN A WORD
Tidy.

The Red Sox took care of business quickly, scoring all four of their runs in the fourth and fifth innings and holding the Rays scoreless over the final eight innings to earn the win in just two hours and 43 minutes.

IT WAS OVER WHEN…
Dustin Pedroia tacked on two insurance runs in the fifth.

The Red Sox second baseman lined a two-RBI single to left field that put Boston up 4-1. That was all Porcello and the bullpen needed to hold down the fort.

ON THE BUMP
— Porcello’s only blemish came in the first inning, when Brad Miller hit a solo homer to left field that put the Rays in front. The right-hander settled down nicely after that, working quickly through the Rays’ light-hitting lineup and allowing just three runners to reach scoring position.

Porcello allowed one run on six hits over seven innings, striking out five while walking one. He threw just 94 pitches and improved to 11-2 on the season. His 11 wins are tied for the third-most in the American League.

— Koji Uehara allowed a leadoff hit to Evan Longoria in the ninth but induced a fielder’s choice and recorded back-to-back strikeouts to pick up his fourth save of the season.

IN THE BATTER’S BOX
— Bogaerts put the Red Sox ahead in the fourth with his 10th homer of the season, a two-run blast that cleared the Green Monster. He finished 1-for-3 with two RBIs and a run scored.

— Rays center fielder Scott Souza Jr. dropped a deep Mookie Betts fly ball in the fifth that put runners on second and third, and Pedroia made the error hurt by delivering a two-RBI single.

— Jackie Bradley Jr. (2-for-4 with a double) and Sandy Leon (2-for-4) both tallied multiple hits for Boston. Leon now owns a .442 batting average through 56 plate appearances.

— Aaron Hill (1-for-4) added another hit in his second game with the Sox.

— Mookie Betts (1-for-4, run scored) led off the first inning with a single to extend his season-high hitting streak to 10 games.

TWEET OF THE NIGHT
Who will be Bogaerts’ next victim?

UP NEXT
David Price will take the mound Sunday against Tampa in the Red Sox’s final game before Major League Baseball’s All-Star break. The Rays will counter with right-hander Jake Odorizzi. First pitch at Fenway is set for 1:35 p.m. ET. 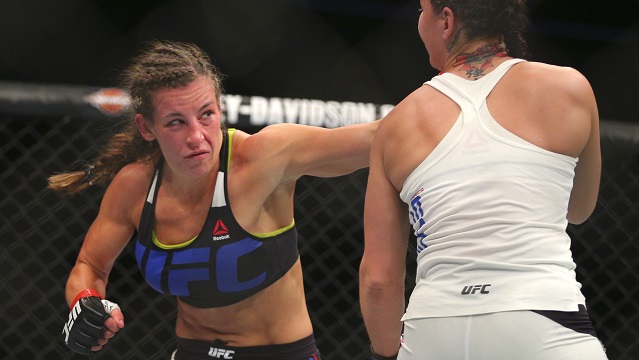