Most even know by now that in addition to helping the Celtics court Durant, Brady also shared some of his secrets to success with the C’s traveling party that went to visit the former Oklahoma City Thunder star — a group that included several Celtics players.

In an interview with The Vertical’s Chris Mannix, Celtics head coach Brad Stevens opened up about Brady’s impact on the C’s, not only in the recruiting process but also in the wisdom he shared in just one day around some of the team’s most important players.

“Those guys got a chance to fly together, to spend the day together, to go to lunch together and pick his brain,” Stevens explained to Mannix when talking about what Brady was able to expound upon the Celtics. “He’s a high achiever It’s always great stuff when you get a chance to be in the presence of someone who’s achieved what he’s achieved and strives to keep doing that up into his late 30s.

“The biggest thing is just how disciplined he is with regard to how he takes care of his body and how he goes about his daily business. Anyone who’s won as much as he’s won and been featured like that with the four Super Bowls and his role in those four Super Bowls is going to demand your attention. To see what he looks like at (age 39) and to know that how much time he puts into preparation and how much he does to make sure that he’s ready and prepared for the next year is great.”

Stevens, while not getting into too many specifics, also spoke about the Celtics’ overall recruiting pitches to Durant and to free-agent big man Al Horford, with the latter ultimately signing with Boston.

“We’ll go into each. When we met with Al and tried to, in a different way because they’re different positions and different players, show why he’s such a good fit for us,” Stevens said. “Obviously, we did the same with Kevin. You try to show why you’re close, why your group and this organization has a great shot and is making progress and moving forward.

“Again, I thought it was a really productive time — not productive enough in Kevin’s case, but certainly with Al it was and we’re looking forward to keep making progress.”

While the Celtics missed out on the NBA’s biggest free-agent prize when Durant signed with the Golden State Warriors, it’s hard to deny the importance of this offseason for Boston. Given the addition of Horford and with Brady’s wisdom in tow, it’s not unrealistic to expect the Celtics to build on their 48-win season and make a third straight playoffs.

Click for the full Brad Stevens podcast at The Vertical >> 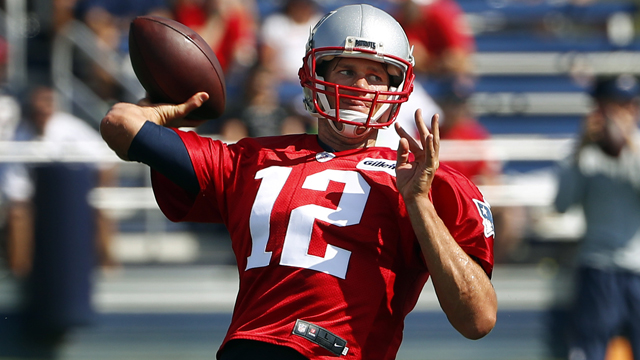