If we told you at the beginning of the season that David Price would have a 4.00 ERA on Aug. 22, you wouldn’t be too happy. But if we delivered that same news in May, you might be pleasantly surprised.

The Boston Red Sox ace has been far from ace-like in 2016. He’s allowed four or more runs in eight starts, had a 5.11 ERA after the first two months of the season and has more losses (eight) than every Red Sox pitcher not named Clay Buchholz.

But all of that could be forgotten if Price can regain his form down the stretch, and it certainly looks like he’s getting there.

Price dominated the Tampa Bay Rays at Tropicana Field on Monday night, blanking his former team through eight innings while allowing just two hits and two walks (and getting a little extra help from a friend).

That effort in Boston’s 6-2 win gave Price his third consecutive win, moving him to 11-8 on the season as he dropped his ERA to the lowest it’s been since Opening Day.

But the most promising development was how Price shut Tampa down. The left-hander relied on an excellent changeup to keep the Rays off balance, recording five of his eight strikeouts via the off-speed pitch.

“He was very good as far as his overall mix of pitches,” manager John Farrell said of Price, as aired on NESN’s “Extra Innings LIVE.” “It was a constant mix. He and (Red Sox catcher) Sandy (Leon) worked very well together. I thought, to a number of right-handed hitters, he would slow them down with some backdoor cutters, some changeups, set up a fastball in to finish some guys off. … He was in pretty much complete control.”

It’s worth noting that Tampa has one of the worst offenses in baseball, and one strong outing against a weak lineup doesn’t mean Price is in Cy Young form. But Monday continued a promising trend for the 30-year-old veteran.

He limited the high-powered Baltimore Orioles to just one run over six innings in his previous outing and struck out eight Arizona Diamondbacks batters in eight innings before that. Price also is pitching deeper into games; he’s lasted eight innings in five of his last 11 starts and currently leads Major League Baseball in innings pitched with 177 2/3.

Price’s rough start to the year makes it all but certain he’ll finish 2016 with some underwhelming numbers. But the Red Sox are entering the critical point of their season, and if Price can get rolling a bit over the final month and a half when Boston needs him most, it will be much easier to forgive his earlier scuffles. 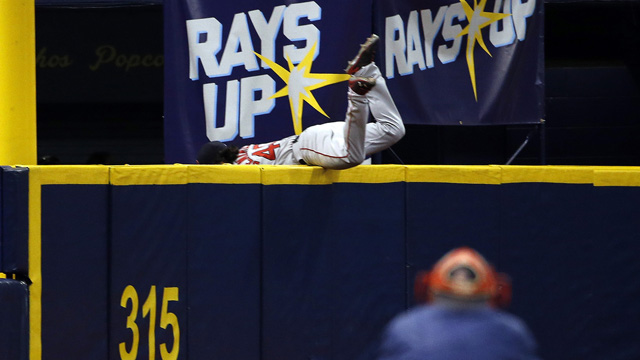 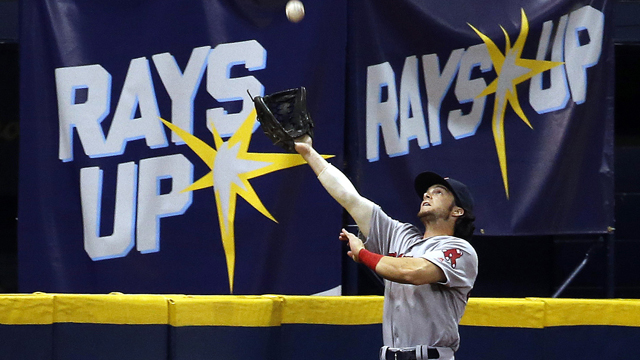