The 2016-17 NBA schedule was released Thursday night, so we took the liberty of wading through and picking out some of the most noteworthy matchups of the year.

The highlights include the Cleveland Cavaliers’ ring ceremony against the New York Knicks, and Kevin Durant’s return to Oklahoma City with the Golden State Warriors to face the Thunder.

Without further ado, here are the must-watch games this NBA season.

Cavaliers vs. Knicks
When: Tuesday, Oct. 25 at 8 p.m.
It’s ring night for the Cavs. LeBron James and Co. take on Carmelo Anthony and the revitalized Knicks — who added Joakim Noah and Derrick Rose this offseason — to kick off the NBA season.

Bulls vs. Celtics
When: Thursday, Oct. 27 at 8 p.m.
The new-look Bulls open the season at home against the new-look Celtics. The game also features a reunion between new Bulls point guard Rajon Rondo and his former team.

Celtics at Cavaliers
When: Thursday, Nov. 3 at 8 p.m.
The defending NBA champions host what could be their toughest Eastern Conference opponent for the first time.

Thunder at Warriors
When: Thursday, Nov. 3 at 10:30 p.m.
Durant faces the Thunder for the first time since leaving and joining the Warriors.

Knicks at Bulls
When: Friday, Nov. 4 at 8 p.m.
Rose and Noah return to Chicago for the first time since leaving the Bulls.

Bulls at Heat
When: Friday, Nov. 10 at 8 p.m.
Dwyane Wade returns to Miami, where he spent the first 13 seasons of his career and won three championships, for the first time since leaving to join Chicago in free agency.

Warriors at Celtics
When: Friday, Nov. 18 at 8 p.m.
Boston nearly ended Golden State’s undefeated streak to open last season, and then in April became the first team to knock them off at home. Both squads improved this offseason, getting the two most-coveted players in free agency in Horford and Durant.

Timberwolves at Bulls
When: Tuesday, Dec. 13 at 8 p.m.
Former Bulls coach Tom Thibodeau makes his return to Chicago with Andrew Wiggins and the Wolves.

Christmas Day
The big highlight includes the first NBA Finals rematch between the Warriors and Cavaliers, and the first time Durant plays LeBron James as a member of his new team. Tipoff is scheduled for 2:30 p.m. for this one.

Celtics at Hawks
When: Friday, Jan. 13 at 8 p.m.
Al Horford returns to Atlanta for the first time since leaving and joining Boston in the offseason.

Cavaliers at Warriors
When: Monday, Jan. 16 at 8 p.m.
After they clash on Christmas, these reigning conference champions will meet again just 22 days later for their final meeting of the regular season.

Thunder at Cavaliers
When: Sunday, Jan. 29 at 3:30 p.m.
Just because Durant is gone doesn’t mean we can’t enjoy watching Russell Westbrook take on James, Kyrie Irving and the Cavs all by himself. This one has absurd Westbrook statline written all over it.

Lakers at Celtics
When: Friday, Feb. 3 at 8 p.m.
It’s still Celtics-Lakers, even if the rivalry is as watered down as it’s been in a while.

Warriors at Thunder
When: Saturday, Feb. 11 at 8:30 p.m.
Durant returns to OKC for the first time since leaving last offseason.

Celtics at Clippers
When: Monday, March 6 at 8 p.m.
Pierce faces the Celtics likely for the final time.

Clippers at Timberwolves
When: Wednesday, March 8 at 8 p.m.
The Timberwolves could find themselves in the playoffs this season, but barring a postseason meeting between the two, it’s likely the last time Pierce and Kevin Garnett, two NBA greats, ever share the court together.

Celtics at Warriors
When: Wednesday, March 8 at 10:30 p.m.
This should be a fun battle, especially in front of the fans in Oakland.

Timberwolves at Celtics
When: Wednesday, March 15 at 7:30 p.m.
If Garnett does retire after the season, it’ll be his final game in Boston, where he spent six season and won his only NBA championship.

Warriors at Thunder
When: Monday, March 20 at 8 p.m.
Durant’s second return to OKC, and the two teams’ final matchup of the season.

Cavaliers at Spurs
When: Monday, March 27 at 8 p.m.
Two of the best teams in the NBA face off late in the season, potentially with home-court advantage in the NBA Finals at stake.

Timberwolves vs. Thunder
When: Tuesday, April 11 at 8 p.m.
Likely Garnett’s final home game, barring the Wolves making the playoffs. These two could be fighting for the final playoff spot in the Western Conference, though, as the NBA regular season winds down.

Timberwolves at Rockets
When: Wednesday, April 12 at 8 p.m.
Unless Minnesota makes the playoffs, this likely is Garnett’s final game. Similar to the Wolves-Thunder game, this one could have postseason implications. 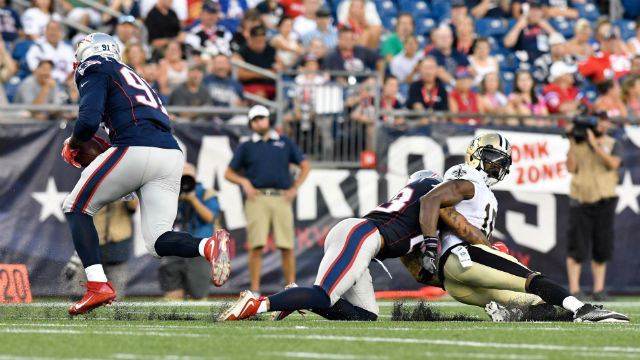 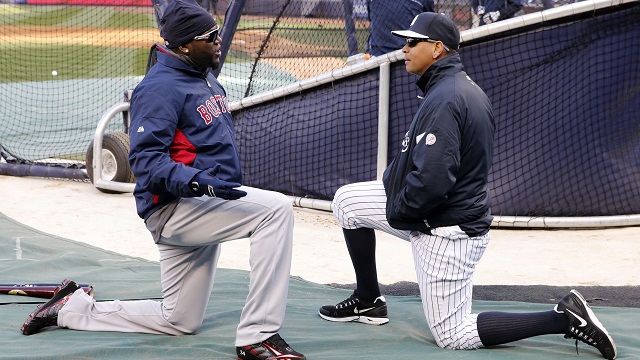