Belichick already has raved about the team’s wide receivers, safeties and tight ends in the first week of training camp. And why shouldn’t he? It’s one of the best 90-man rosters he’s built.

I tweeted this Tuesday, but I can expound on it now: I believe this is the most talented Patriots training camp roster, top to bottom, that I’ve seen since I started covering the team. (I started writing about the Patriots in 2011, but I became a regular beat reporter in 2013.)

I think that’s evidenced by the fact that they not only haven’t cut a player since camp began over a week ago, but they’ve released just two players — including a backup long snapper — since OTAs began.

Compare that to past years:

1.5 weeks into camp #Patriots havent made a roster move. Telling, compared to past yrs:

The team is made up of 73 veterans and 17 rookies, nine of whom were drafted. And out of their eight undrafted rookies, three — D.J. Foster, Jonathan Jones and Bryce Williams — were expected to be drafted.

Of the Patriots’ non-rookies, only five — running back Tyler Gaffney, wide receiver DeAndre Carter, tight end A.J. Derby, guard Jon Halapio and cornerback Darryl Roberts — haven’t appeared in an NFL game, and Carter is the only player in that group who wasn’t drafted. It’s worth noting that Gaffney, Carter, Derby and Roberts all are actively competing for roster spots, too.

The back end of the Patriots’ roster is traditionally a revolving door during training camp, but Belichick has obviously tried to keep this squad intact despite numerous injuries at both wide receiver and on the interior line. There are very few (maybe 10?) player who have a next-to-zero chance of making the initial 53-man roster, and none of them have no business in an NFL camp.

They also have players that should be considered among the best of their position at quarterback, slot receivers, tight end, offensive tackle, linebacker, cornerback, safety and kicker.

The Patriots’ depth is breeding plenty of competition in training camp this summer, and it will be fascinating to see how the roster shakes out. There are certainly favorites for each position, but there are plenty of low-profile players making a case for a spot.

@DougKyed what are your thoughts of not only DJ Foster making the roster – but contributing as a RB on offense?
— @JP_Shanahan
This is kind of a cop out, but it’s too early to tell. He’s the most athletic running back on the roster other than Dion Lewis, so that has to count for something. He has looked good so far, but I want to see him in a game to find out if he’ll be able to carry the ball in the NFL. He’s athletic, but he’s also pretty small.

@DougKyed With such a talented roster, who could you see the Pats trading to get a future late round pick for? 3 names.
— @KellyLoewen
I could see them trading a wide receiver, guard or safety. Those are their deepest positions with players of value. The most valuable, tradable assets are probably Aaron Dobson, Tre’ Jackson (once healthy) and Brock Vereen. The Patriots should be in the market for a running back or linebacker. I’d like to see a player-for-player swap. The Patriots made seven trades between Aug. 11 and Oct. 1 last year.

@DougKyed do you believe that Brissett has a chance to start at least one of the first 4 games over Jimmy G (besides injury)
— @ChaseDawg2
Nope.

@DougKyed what are the chances that cyrus jones passes either coleman or ryan on dpth chat?
— @HaRaMbEGOAT
He could, but I don’t think it’s likely to happen before the season. I think Ryan will start and Coleman will enter the year as the No. 3 cornerback, but that could definitely change before the season is over. Jones has more upside as a second-round pick.

Regardless, I think the third cornerback will continue to share snaps with safety Duron Harmon in nickel situations. The Patriots are loaded at safety with three starting-caliber players in Harmon, Devin McCourty and Patrick Chung.

@DougKyed Since Jimmy beat Tom in a barrel contest, the Pats should go 3-1 without Brady right?
— @mhcovill
I’m no math expert, but that calculation seems about right.

@DougKyed odds Terrance knighton is a starter?
— @ConnorFloyd21
There’s a lot of training camp and the entire preseason to go, but Markus Kuhn is currently getting first-team reps over Knighton. We’ll get a better sense once the preseason starts, but Knighton might be limited to base snaps as a run specialist. Both players also have Alan Branch with whom to compete for a starting role. I believe Malcom Brown is a near-lock to start.

@DougKyed How do you see the interior OL shaking out now? Could both of the FSU boys (Stork/Jackson) be out? Any surprises?
— @salvaje50
Since Tre’ Jackson is still on PUP, and Bryan Stork is sitting out with his fourth concussion in four years, I could see them both beginning the season off the 53-man roster. Jackson could start the year on PUP, and Stork could be placed on injured reserve with the possibility that he could come off midway through the year.

That would leave Nate Solder, Sebastian Vollmer, Marcus Cannon and LaAdrian Waddle as the tackles and Joe Thuney, Josh Kline, David Andrews, Shaq Mason and either Jonathan Cooper or Ted Karras on the interior line. Cooper, like Stork, could begin the season on injured reserve, though only one of the two players could be brought off the list during the season.

Thuney, Kline and Karras all are receiving snaps at center during camp.

@DougKyed How is James White looking?
— @chelseacatlette
He’s been the Patriots’ best pass-catching back so far, but we haven’t had a chance to see him carry the ball enough yet to determine if that aspect of his game has improved. We’ll find out during the preseason.

@DougKyed How is Chris Long looking? Is he going to be a good replacement for Chandler Jones? Is he over his injury woes?
— @pcon
He’s been very solid in pass-rushing drills so far. I don’t think he’ll fill in for Jones at right defensive end — that’ll be Jabaal Sheard’s job — but it seems he could play a number of different roles for the Patriots as both an interior and outside pass rusher. Long is currently 4 and 1 in 1-on-1 pass-rushing drills.

@DougKyed what is it like having to see @ZackCoxNESN every day?
— @Cam_McDonough
It’s great! Everyone should follow my fellow NESN Patriots beat writer @ZackCoxNESN on Twitter.

I put linebacker last because the Patriots always have the option of having Rob Ninkovich or Shea McClellin play the position. And if the Patriots plan to move to a 3-4 base, then they only really need two traditional linebackers playing inside.

Running back is tough because Lewis is still on PUP, LeGarrette Blount was only average last season, James White has trouble gaining yards on the ground, Brandon Bolden is primarily a special-teamer, Donald Brown is currently sitting out with an injury, and Tyler Gaffney, Joey Iosefa and D.J. Foster are unproven. I would like to see them make a trade here.

Offensive tackle is tough, because it entirely depends on your opinion of Marcus Cannon, who I believe has struggled in his starting opportunities. Sebastian Vollmer is still on PUP, and LaAdrian Waddle is a crapshoot. But would the Patriots be able to find a better option in a trade? Probably not.

@DougKyed dark horse to make the team? at any position?
— @ToriGrignon
Last year I nailed Brandon King as the dark horse, no big deal.

This year, I’ll go with defensive back Brock Vereen, if only because rookie cornerback Jonathan Jones is too obvious.

@DougKyed thoughts on reigns being demoted to the mid-card?
— @patricks1591
I like it. Reigns needs to be built back up organically. He was pushed too hard, too fast, and WWE fans clearly weren’t buying it. He would add a lot of legitimacy to the U.S. Title.

@DougKyed who do you think should main event Summerslam this year?
— @AirLarsen
Great question. It probably should be Dean Ambrose-Dolph Ziggler for the WWE Championship, but Seth Rollins-Finn Balor for the WWE Universal Championship feels like more of a main event. 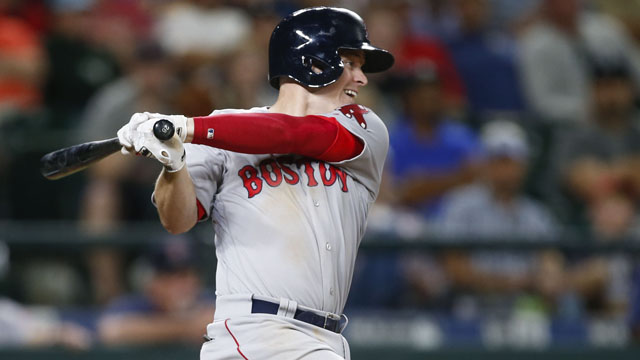 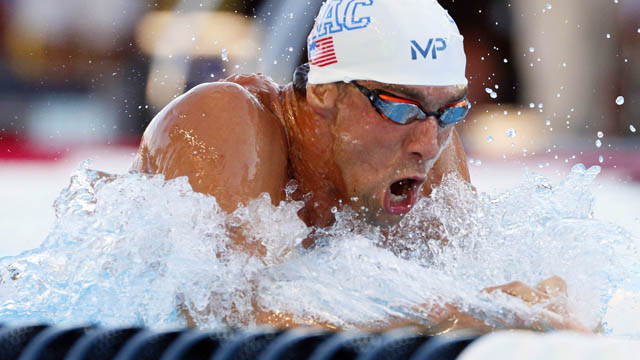