The New England Patriots’ 2016 regular season opener is 17 grueling days away, not that we’re counting or anything.

Training camp is over, so now we have two more preseason games, two more cutdown dates and a week of practice until the Patriots travel to Arizona to take on the Cardinals.

Let’s get into this week’s mailbag to get you through the dog days of the Patriots’ summer.

@DougKyed can Derby lineup at wide out until amendola gets back?
— @punkrawkjuggalo
Tight end A.J. Derby can probably line up out wide, but that isn’t necessary, because Rob Gronkowski and Martellus Bennett can too.

It would be helpful if Danny Amendola comes off the PUP list to start the season, but the Patriots likely will be running a two-tight end set with Gronkowski and Bennett, regardless, as long as they can avoid injuries.

That will leave room for one running back and two receivers in the offense. Those wideouts would be Julian Edelman and Chris Hogan if Amendola begins the season on PUP. It would be Edelman and either Hogan or Amendola if he doesn’t.

The Patriots don’t necessarily need a prototypical “X” receiver with Gronkowski and Bennett in the offense.

@DougKyed #dougmail Should Brian Stork beat up the entire Patriot’s beat writer contingent before leaving town?
— @MrQuindazzi
I was definitely looking over my shoulder in the locker room this afternoon. Let’s just say Bryan Stork isn’t the biggest fan of the media.

@DougKyed After 2 preseason games, which 2016 FA signing do you think will have the biggest on-field impact this year? #MailDoug #MaleDoug
— @TeamCrazyMatt
I’ll say Chris Long, because Martellus Bennett was acquired via trade. Long likely will be a starter to begin the season, since Jabaal Sheard, Rob Ninkovich and Shea McClellin are banged up.

It will be interesting to see if Long can hold onto that starting role all year.

By the way, I feel like Bill Belichick saying Long has “elite” personal characteristics didn’t receive nearly enough pub. That is something straight out of a PFT Commenter column.

.@DougKyed Have you ever been tempted to say “He’s tiny, he’s Thuney, he’s better than Joe Looney” like the Tiny Toon Adventures theme song?
— @Big_Jazz_Boy
No, but only because he’s not tiny.

Doug – is Foster in the mix at running back now? #MailDoug
— @JimGilhooly1957
It’s still a little early to tell, since D.J. Foster just returned to being a full participant in practice this week. Let’s wait to see how he performs in the Patriots third preseason game this Friday against the Carolina Panthers.

He showed impressive burst and quickness this spring. I’m excited to see what he can do in pads.

@DougKyed who’s your prediction for who the most suprising cut for the patriots is gonna be this year? #MailDoug
— @ChaseDawg2
I might have said Bryan Stork before he was traded. Now I’d look to the interior defensive line. The Patriots will only be willing to carry so many front seven players.

@DougKyed Suppose Pats want to trade for a RB, not just scavenge waiver wire. What vet has most trade value where they might see a surplus?
— @Grendel_the_Dog
First of all, just want to say how cool it is that a dog sent in a mailbag question.

I’d say there are some players of value who could be dispensable at wide receiver and pass rusher.

It’s difficult to predict value, however. Bryan Stork was a two-year starter at center and only garnered a conditional seventh-round pick (because of concerns over injury and temperament).

@DougKyed Would you consider Stork a bust even though he was the starting center on a team that won the super bowl and a 4th round pick?
— @jrakelley
I was thinking about this earlier, and I’d say no. The Patriots received 21 fairly high quality starts (including playoffs) out of a fourth round pick. And one of those games was a Super Bowl win. That’s pretty good.

According to a study by Football Outsiders, fourth-round round picks drafted between 1994 and 1999 averaged 27.6 starts and a 13.6 career AV. Stork had an AV of 11 with the Patriots. That’s below average but doesn’t quite fall into the “bust” category.

@DougKyed if Brady plays Madden during his suspension, is he allowed to pick the Patriots?
— @Thedrkknght
Hmm, good question. Probably a good idea to ask the commish before he takes any chances. Could be a lifetime ban.

@DougKyed #MailDoug Pretty clear that TB had his thumb replaced with a bionic one. Is that legal according to NFL rules?
— @MrQuindazzi
Humorous question aside, I want to defend Tom Brady for a second. A lot of people had a good laugh when they saw a picture of Brady’s thumb, but when was the last time you saw what appears to be a scab on the inside tip of a finger? That cut probably went pretty deep!

Shot of the damage to Tom Brady's right thumb. I think he'll be ok. pic.twitter.com/rdJadYffY1

@DougKyed who has been the biggest surprise of training camp and biggest disappointment?
— @mjmed11
The biggest surprise is Anthony Johnson. I thought he was a bottom-of-the-roster player, and he looked like a starter in the Patriots’ second preseason game. We’ll find out if he can keep it up Friday against the Panthers.

The biggest disappointment was either Brown or Nate Washington. Washington could have been in the conversation for a roster spot with a stronger camp, and he never quite rebounded after throwing up in the Patriots’ first practice session.

Terrance Knighton had some rough moments last Thursday, but I’ll wait to throw him into the mix.

@DougKyed sup?
— @June__NYC
Not a whole lot, June, but thanks for always asking. I’m watching the Red Sox and just getting ready for the regular season to start.

@DougKyed who should win the Universal title next week on RAW?
— @AirLarsen
Who should win? Kevin Owens.
Who will win? Roman Reigns, probably.
Who would be a decent compromise? Seth Rollins. 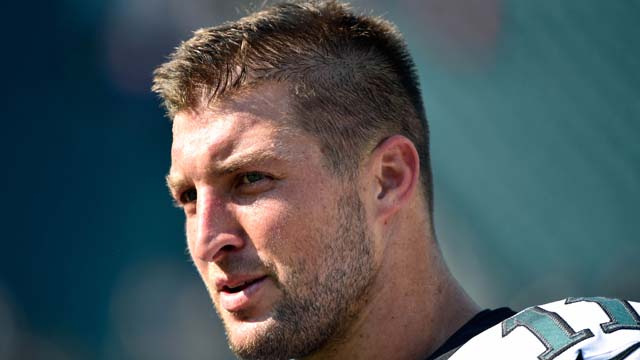 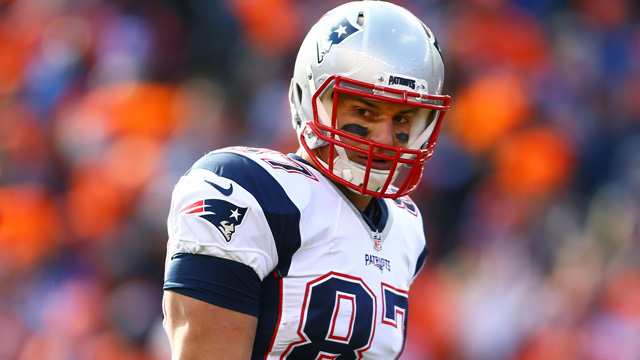