Next up for the Patriots: a preseason meeting with the Chicago Bears next Thursday at Gillette Stadium.

Fourth quarter, 3:29, Patriots 34-22: A 45-yard field goal by Gostkowski caps what could very well be New England’s final drive of the night. Brissett showed off his wheels during that series, running for 14 yards and 5 yards on consecutive plays.

Fourth quarter, 10:36, Patriots 31-22: Have we mentioned that Trey Flowers is having a good night? It just got a whole lot better.

Flowers pressured Saints quarterback Luke McCown, forced a fumble, recovered it and rumbled into the end zone to extend New England’s lead. It was the Patriots’ second defensive touchdown of the game.

Fourth quarter, 12:22, Patriots 24-22: Another Patriots three and out gives the ball back to the Saints. New Orleans takes over at its own 22 after being flagged for an illegal block in the back during its punt return.

Fourth quarter, 13:39, Patriots 24-22: The Patriots maintain the lead despite giving up a 4-yard touchdown pass.

Rookie cornerback Jonathan Jones, a camp standout, got banged up on the drive but stayed in the game and gave up the score.

Third quarter, 4:08, Patriots 24-16: The Patriots responded with their own three and out. Brissett threw two incompletions and hit Gaffney for an 8-yard completion.

Third quarter, 5:05, Patriots 24-16: The Saints went three and out, and the Patriots have the ball on their own 41-yard line after a fair catch interference penalty.

Third quarter, 6:22, Patriots 24-16: The Patriots drove 80 yards down the field very quickly. Brissett completed passes of 24 and 12 yards to tight end A.J. Derby before Gaffney ripped off a 44-yard touchdown.

The Saints, led by Luke McCown, were driving. The Patriots have the ball on their own 20-yard line after the pick.

Tyler Gaffney also entered the game and had two carries for 4 yards. It’s his first in-game carries since being drafted in 2014. He was placed on injured reserve before the preseason began in 2014 and 2015.

End half, Patriots 17-16: The Patriots made it all the way down to the 9-yard line before a turnover on downs.

Rookie WR Malcolm Mitchell, who has four catches for 55 yards, was helped to the locker room after a nasty looking left arm injury. He caught the ball, braced himself and his elbow bent the wrong way. Click that link if you want to see the play. It’s pretty gruesome.

The Saints kneeled to end the half.

Garoppolo completed 11 of 18 passes for 168 yards and overall looked solid. The Patriots’ rushing attack and offensive line didn’t look so hot. The Patriots had 17 carries for 69 yards, but 36 of those yards came on two carries. Garoppolo was sacked twice and hit three more times.

Cornerback Justin Coleman had a rough first half, letting up 62 yards on two receptions. Linebacker Jamie Collins had a pick-six.

Second quarter, 3:26, Patriots 17-16: After three penalties and three incompletions, the Saints were forced to punt. Chris Long, Trey Flowers and Shea McClellin made impressive plays for the Patriots.

Second quarter, 5:51, Patriots 17-16: The Patriots managed to take the lead, but they couldn’t get in the end zone, settling for a Stephen Gostkowski field goal. Garoppolo had his best drive of the game, completing passes to Malcolm Mitchell and Aaron Dobson.

The Patriots’ rushing attack has been anemic so far. They have 29 yards on 11 carries.

Second quarter, 11:28, Saints 16-14: The Patriots forced a punt after a three and out and now have a chance to take the lead with plenty of time left in the second quarter.

Second quarter, 12:51, Saints 16-14: The Patriots looked much more high powered in their first drive of the second quarter. Garoppolo completed a 15-yard pass to Dobson, then James White took a completion to the 1-yard line on a 56-yard catch and run.

LeGarrette Blount powered it in for a touchdown, then the Patriots failed to convert on the two-pointer.

Second quarter, 14:22, Saints 16-8: It only took two more plays for the Saints to get in the end zone. Mark Ingram dove over the pile and reached the ball over the goal line. They converted their two-point conversion on an end-around to wide receiver Tommylee Lewis.

End first quarter, 8-8: The Patriots and Saints are knotted at 8-8 after a long first quarter. The Saints have the ball on the Patriots’ 4-yard line after two long completions, one of which was challenged to no avail by Bill Belichick.

First quarter, 2:54, 8-8: Jimmy Garoppolo already has been sacked twice for 20 yards through no fault of his own. The Patriots’ O-line is collapsing a bit. Martellus Bennett looks solid, however, at tight end. He has three receptions for 33 yards.

The Patriots were forced to punt after Garoppolo was way off on a pass to running back James White.

First quarter, 6:09, 8-8: The Patriots gave the Saints tremendous field position, and they capitalized quickly, scoring on a 1-yard run by Mark Ingram.

Garrett Grayson ran the ball in for a two-point conversion.

First quarter, 8:54, Patriots 8-0: The Patriots’ offense went three and out again. Garoppolo is just 1 of 3 to start the game.

The Patriots’ punt coverage needs some work. They just let up a 48-yard return. The Saints have the ball on the Patriots’ 15-yard line.

First quarter, 8:54, Patriots 8-0: The Patriots’ starting defense already is looking dangerous. Jamie Collins has been everywhere with two tackles, a tackle for loss and pick-six. They just forced a punt and will have the ball on their own 12-yard line.

First quarter, 12:00, Patriots 8-0: Well, that was quick. Jamie Collins picked off Garrett Grayson and returned the interception for a touchdown. Patrick Chung caused the pick by forcing a deflection.

Running back James White carried the ball up the middle for a two-point conversion.

First quarter, 12:10: The Patriots quickly went three and out and punted back to the Saints. Garoppolo completed a 7-yard pass to tight end Martellus Bennett then was sacked on third down. Left tackle Nate Solder gave up the sack.

LeGarrette Blount began the drive with a carry for a 2-yard loss.

First quarter, 15:00: The Saints won the coin toss and elected to receive. The Patriots will kick off.

6:45 p.m.: James White, DeAndre Carter, Cyrus Jones, Chris Harper and V’Angelo Bentley are on the field to practice catching kicks and punts. We’ll likely see Jones get the first crack at punt and kick returns in the game.

Jimmy Garoppolo and Jacoby Brissett also are on the field. Very odd to have a game at Gillette Stadium with no Tom Brady.

6:15 p.m.: Tom Brady won’t be at Gillette Stadium tonight. The Patriots announced he was excused to attend a memorial service for a family member.

Tom Brady was excused from the team tonight to attend the memorial services of a family member.

5:38 p.m.: Center Bryan Stork is warming up in game pants. Looks like he’ll play, despite his recent injury.

4:50 p.m.: Rookie quarterback Jacoby Brissett and wide receiver DeAndre Carter are the first on the field for the Patriots.

4:30 p.m.: We’re here in Foxboro, Mass., and it is a scorcher outside. It’s currently 88 degrees but feels like 96. The Patriots and Saints are going to sweat tonight.

If you’re looking for pregame entertainment, listen to this:

Many starters won’t play tonight, according to the Boston Herald’s Jeff Howe.

The Patriots’ preseason opener against the Saints doesn’t start for another 7 1/2 hours, but we’re pretty excited for it, so why not start the live blog a little early?

Quarterback Tom Brady reportedly is not expected to play tonight against the Saints. Wide receiver Julian Edelman and tight end Rob Gronkowski also will be held out, according to the Boston Herald. Let’s go through the entire list of players you won’t or likely won’t see against the Saints.

While many of the top players likely won’t to play, there still are plenty of reasons to watch the game. Here are 10 players to watch closely.

The game kicks off at 7:30 p.m. ET and can be watched nationally on NFL Network and locally on WBZ.

Weather for Saints vs. Patriots >> 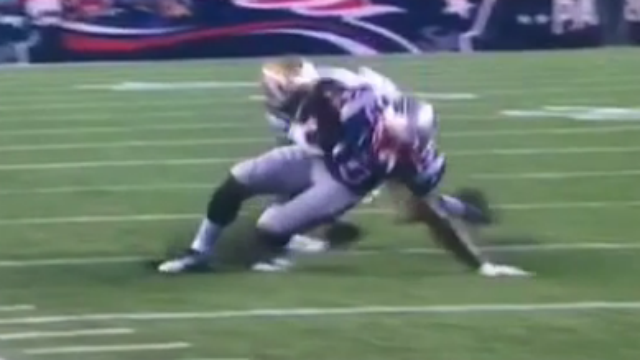 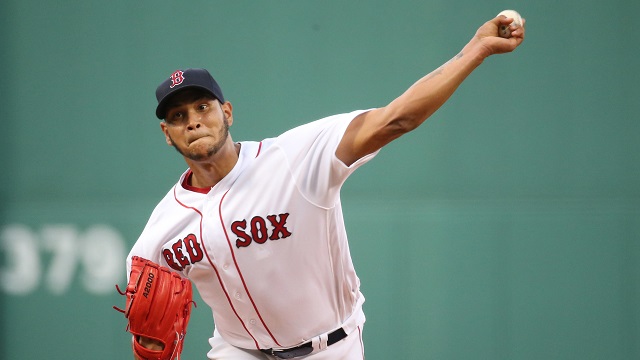