Nobody likes getting pushed out of the starting nine, especially when a 22-year-old rookie is involved in their demotion.

But Brock Holt knows what it’s like to bounce around a big league lineup, and his steady mindset helped the Boston Red Sox earn a win Thursday night.

Holt, who has spent most of 2016 when healthy as the team’s starting left fielder, appears to be returning to his role as a “super utility” player with outfielder Andrew Benintendi recently getting the call to the majors.

That meant Holt wasn’t in the starting lineup Thursday against the Seattle Mariners, but he replaced Bryce Brentz as a pinch hitter in the seventh inning — and made the most of his opportunity.

After a Travis Shaw single and a Sandy Leon sacrifice bunt to start the 11th inning, Holt came through in the clutch, delivering an RBI single that plated the eventual winning run in Boston’s 3-2 win.

“Not starting (Thursday), but I try to stay ready (for) any time my name is called,” Holt told NESN’s Guerin Austin after the game, as aired on “NESN Sports Today.” “Travis with a big hit to lead us off there, and then Sandy gets down a perfect bunt to move him over, so good team baseball in that inning to get us that one run.”

With Benintendi now in the mix and Chris Young nearing a return, Holt’s playing time could diminish down the stretch. After all, the 28-year-old is having a bit of a down year, entering Thursday with just a .247 batting average and 25 RBIs in 56 games.

But Holt has a knack for helping the Red Sox out in a pinch, and he proved his value once again Thursday night.

Let’s hit a few other notes from Thursday’s extra-innings affair.

— Drew Pomeranz still is seeking his first win in a Red Sox uniform, but Thursday’s outing provided reason for optimism.

The left-hander allowed just two runs on four hits over six innings, and while he issued six walks, he was able to escape from a few tricky jams and keep the game close. In fact, none of the six batters Pomeranz walked ended up scoring.

“I was just missing a little bit,” Pomeranz told reporters after the game, via “NESN Sports Today.” “They were pretty patient on some of my curveballs. I don’t mind walking guys as long as I don’t give up runs.”

— Boston’s bullpen took the reins from there, as five relievers combined to allow just two hits over the game’s final five innings.

Craig Kimbrel and Brad Ziegler were the stars of that effort, as Kimbrel got the Red Sox out of a jam in the ninth and struck out the side in the 10th, while Ziegler entered in the 11th to earn the save.

— Left-hander Fernando Abad came on to start the ninth in his second Red Sox appearance but didn’t last the full inning, as manager John Farrell pulled him in favor of Kimbrel with two outs despite a left-handed hitter waiting on deck. (That hitter was Robinson Cano, who took Abad deep Wednesday.)

“We’re in the fifth hitter of the inning and their best hitter is coming up,” Farrell explained after the game, via “NESN Sports Today.” “Felt like it was an opportunity for us to go to our most powerful reliever with the highest strikeout rate.”

— Hanley Ramirez, who has missed the last two games with a sprained left wrist, took some swings indoors ahead of Friday’s game and is hoping to return during the team’s upcoming series against the Los Angeles Dodgers.

“His range of motion has increased to almost full range,” Farrell said Friday, via The Boston Globe. “Optimistically he?ll be available on the weekend.”

— Things aren’t looking as great for Blake Swihart, who will visit a foot specialist in Charlotte, N.C. on Friday to get a second opinion on his sprained left ankle, according to Farrell. The Red Sox outfielder/catcher has been out since June 4 and could wind up needing season-ending surgery.

— Brian Johnson had another promising outing for Triple-A Pawtucket on Thursday, allowing just one run on three hits in six innings of work.

The 25-year-old left-hander, who was placed on the Red Sox’s inactive list earlier this season to seek treatment for anxiety, has pitched well for Pawtucket of late, surrendering one run or fewer in five of his last six starts. 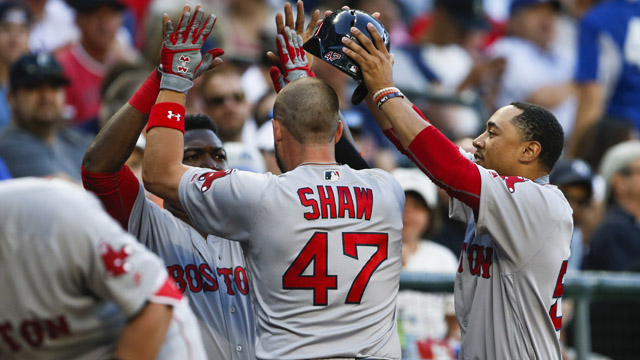 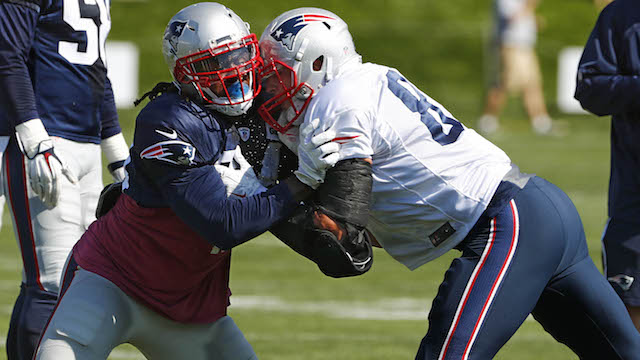