The Boston Red Sox apparently forgot to save some of Friday’s offensive firepower for Saturday’s game.

The Red Sox’s offense went silent Saturday at Chavez Ravine in their second game against the Los Angeles Dodgers, mustering just five hits all afternoon in a 3-0 loss.

Starting pitcher Eduardo Rodriguez was lifted lasted just 4 1/3 innings and took the loss. He fell to 2-5 on the season, as Boston drops to 5-5 on its current road trip with one game left to play Sunday.

GAME IN A WORD
Letdown.

The Red Sox couldn’t get anything going at the plate against Dodgers starter Ross Stripling after knocking the ball all over the yard Friday. They left the bases loaded in the first and failed to seriously threaten after that.

IT WAS OVER WHEN…
The Dodgers chased Rodriguez from the game with two runs in the fifth.

Corey Seager and Adrian Gonzalez did the damage, each delivering an RBI single that helped L.A. extend its lead to 3-0. Gonzalez victimized his former team with a 3-for-4 effort.

ON THE BUMP
— Rodriguez didn’t make it out of the fifth inning in an up-and-down start.

The 23-year-old left-hander first found trouble in the second inning, when he surrendered a two-out, RBI single to No. 8 hitter A.J. Ellis with the pitcher in Stripling waiting on deck. He escaped a jam in the fourth but wasn’t as lucky in the fifth, allowing two runs to score via three hits and a walk before he was removed with one out in the inning.

Rodriguez lasted just 4 1/3 innings, tied for his shortest outing of the season, allowing three earned runs on eight hits. He struck out five batters and walked one.

Barnes came back out to pitch the sixth, striking out two and allowing a single. He tallied three strikeouts and didn’t give up a run in 1 2/3 innings of work.

— Robbie Ross Jr. allowed a hit and struck out a batter in a scoreless seventh but was removed with one out in the eighth. He gave up two hits and struck out two in 1 1/3 innings.

— Clay Buchholz stuck out a batter and induced a fielder’s choice to record the final two outs of the eighth.

IN THE BATTER’S BOX
— Mookie Betts and Brock Holt led off the game with back-to-back hits, but the Red Sox couldn’t capitalize, as Sandy Leon grounded out with the bases loaded to end their scoring threat. That would be Boston’s best opportunity to score.

— Betts (2-for-4) was the Red Sox’s lone bright spot at the plate. He has five hits in this series already and boasts an eight-game hitting streak.

— David Ortiz held his own at first base in his first start at the position this season. He wasn’t as lucky at the plate, however, going 0-for-3 before being Aaron Hill replaced him in the sixth inning.

— Xander Bogaerts tallied a hit in the eighth inning but continues to be in a funk at the plate. He went 1-for-4 on the afternoon and now is 9-for-43 on the team’s current road trip.

— Dodgers closer Kenley Jansen left little doubt in the ninth by striking out the Red Sox’s side. Boston struck out 11 times and went 0-for-4 with runners in scoring position.

TWEET OF THE NIGHT
Holt and the Dodgers’ Howie Kendrick are quite the utility men.

UP NEXT
David Price will take the ball for the Red Sox on Sunday for their series finale in L.A. The Sox won’t face their old friend, however, as the Dodgers scratched left-hander Rich Hill from his start Sunday in favor of righty Brandon McCarthy. First pitch at Dodger Stadium is set for 7:10 p.m. ET. 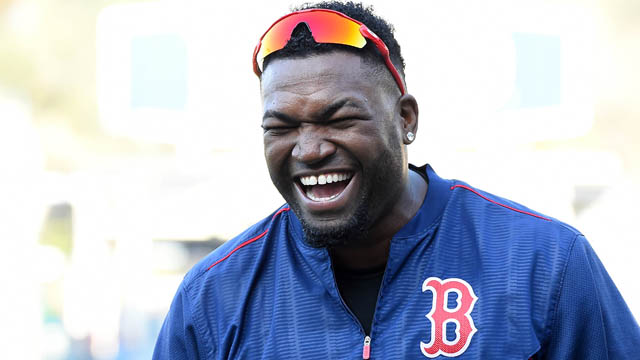 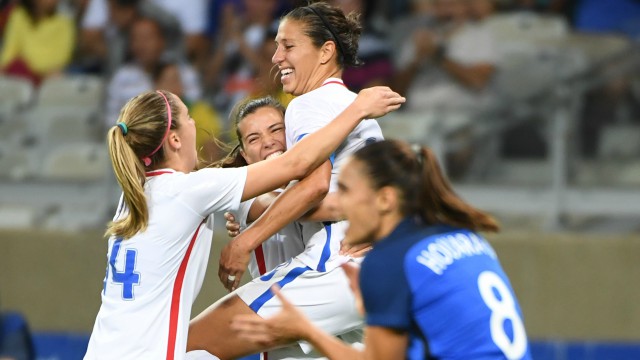