Good evening and welcome into NESN.com’s coverage of Team USA basketball’s preliminary round Group A matchup versus Serbia.

We’ll have you covered with live scoring updates, plus stats, highlights and analysis throughout the game, so be sure to stay tuned. Tipoff is scheduled for 6 p.m. ET.

Bogdan Bogdanovic had a wide-open look at a game-tying 3-pointer, but it rims out, and the U.S. escapes with a three-point win. Wow.

Serbia had no business being in that game, but shot 52 percent from beyond the arc and had an excellent plan to counter the Americans. U.S. star Paul George acknowledged as much in a postgame interview with NBC. Serbia nearly pulled it off.

Denver Nuggets rising sophomore Nikola Jokic was brilliant in the loss, scoring a game-high 25 points off the bench. Serbian stars Milos Teodosic and Miroslav Raduljica both finished with 18 points. Had Raduljica not been in foul trouble and eventually fouled out in the fourth, this might well have been a different outcome.

Caps off to Serbia. Consider us not only shocked, but also very impressed.

With the win, USA moves to 4-0 in the tournament and sits atop Group A with eight points, clinching a spot in the quarterfinal. They’re going to have to play much better than this, though, if they hope to actually win the gold medal.

Stay tuned for postgame analysis after this nail biter.

1:05 — Milos Teodosic made an incredible pass over his shoulder in the lane, leading to an open trey, and then tracks down the offensive rebound and is fouled shooting a 3-pointer. He hits all three and this is a three-point game.

Here’s a look at that pass.

Jokic keeps the game close, but Carmelo answers with an and-1 jumper with one second remaining on the shot clock. He missed the free throw, however.

Coach K is going small with Raduljica out of the game for good: Draymond Green is in the game as the small-ball center for the stretch.

3:13 — Jokic hits a trey and it remains a five-point deficit.

The crowd at this game is rooting hard for Serbia, and why not? Underdogs are fun, and this game is very entertaining.

4:30 — Cousins just blocked a layup that somehow found its way into the hoop anyway. That’s how this game is going. Serbia playing with house money and having a bit of luck, too.

5:19 — Durant takes his third shot of the game 35 minutes into it. He misses this trey, though, and the U.S. lead stays at six.

6:19 — Aaaand Raduljica fouls out 13 seconds later. Durant follows with a nice back cut on an inbounds play that leads to a dunk and pushes the U.S. lead to eight points, 83-75.

6:32 — Raduljica is back and immediately makes Cousins look foolish. That’s his 18th point of the game.

This is a bit too close for comfort. Both DeAndre Jordan and DeMarcus Cousins are on the bench.

Nikola Jokic hits a trey to open the final quarter and suddenly the U.S. lead drops to seven points again.

The Serbs are fouling USA as much as possible to force them into halfcourt sets, their weakness, and prevent them from running and playing in open space, their strength. It’s a great strategy, and would be even better if DeAndre Jordan weren’t having one of the best free throw-shooting performances of his career. He’s 5-of-8 from the line, and USA is 29-of-37 (78 percent) overall.

DeAndre Jordan is USA’s leading scorer with 12 points. Kevin Durant still has only taken one shot.

The Americans missed four free throws in that quarter alone, but went to the free-throw line 17 times, so we’ll take it.

A mini USA run opens up a double-digit advantage for the first time in a while. And, hey, DeAndre Jordan hit two free throws in a row!

2:33 — That’s more like it: USA forces a turnover leading to a 4-on-1 fast break that ends with a big dunk from DeAndre Jordan.

Meanwhile, Carmelo Anthony heads to the bench with his fourth foul. The limit is five in international play.

3:10 — Nikola Jokic picked up where Raduljica left off. He has seven points this quarter and 13 in the game, giving the U.S. a lot of trouble.

Jimmy Butler is fouled shooting a trey and hits two of the free throws. Lead’s back to seven.

5:41 — Nikola Jokic, who plays for the Denver Nuggets, connects for a big dunk, and it’s a seven point game.

We have a timeout less than halfway through the third. USA isn’t playing great, and Serbia is keeping the pressure on.

7:41 — The Serbians are playing tough and hitting shots at a far better rate than they had previously in this tournament, including a few 3-pointers.

It has kept them alive thus far, as they still trail by less than double digits: USA 56, Serbia 47.

Carmelo Anthony has had an immediate impact in this quarter with five quick points.

9:00 — Raduljica strikes quickly and now has 16 points. But he picks up his third and fourth fouls in just three seconds and heads to the bench. That’s a big break for Team USA.

10:00 — We’re underway in the third quarter. USA starters are on the floor, including Carmelo Anthony, who sat out much of the first half with three fouls.

Kyrie Irving scored 11 points in the second quarter and leads USA in scoring. Miroslav Raduljica has 14 points for Serbia on 4-of-6 shooting and six free throws. He has been a major thorn in America’s side, and they just don’t have an answer for him.

We mentioned this before, but that 9-0 run to start the game is the difference for the U.S., as the teams have been even at 41 points a piece since.

DeMarcus Cousins has the highlight of the half with this breakaway spin move that led to a monster dunk that capped the 9-0 run.

Carmelo Anthony played sparingly for the U.S. after picking up his third foul. DeAndre Jordan has two fouls.

Harrison Barnes is the only American not to play.

3:45 — Kyrie hits the same shot again. He suddenly has nine points, all in this quarter.

5:05 — What a pretty shot from Kyrie Irving. He falls away to the left side of the basket and hits a LeBron James-esque one-handed jumper high off the backboard.

We’ll see if the starters finish out the last six minutes of the half. Serbia has improved throughout the game, and currently has cut the lead to nine.

7:00 — Irving and Milos Teodosic trade 3-pointers. Serbia is finally hitting some shots this quarter, led by a quick five from Teodosic, but they still trail by 11, 36-25.

7:45 — Durant, Irving, Anthony and Cousins are back on the floor. DeRozan’s the only non-starter remaining.

Four USA players are tied with five points in the first quarter, while Miroslav Raduljica scored eight points for Serbia.

DeMar DeRozan entered the game for the final seconds of the first and remains in there to start the second. Harrison Barnes is the only player who hasn’t come off the bench for the Americans yet.

:47 — Jordan, still upset over Raduljica’s elbow, gets a technical foul, which count like normal fouls in FIBA.

It appeared Draymond Green picked one up seconds later, but it ended up being on the USA bench. Green slammed the basketball down in excitement after preventing Raduljica from dunking on him.

It resulted in both a personal foul and a tech, leading to three free throws, which Green sunk.

Raduljica entered the game as Serbia’s leading scorer at nearly 20 per game. He’s been an aggressor early on in this matchup. He’s already got eight points.

2:30 — Miroslav Raduljica, a seven-footer who has about half a season’s experience in the NBA, drops an elbow into Jordan’s midsection while backing him down, then dunks over him with Jordan bent over holding his stomach. Raduljica has four points for Serbia, while Jordan likely just got the wind knocked out of him.

He remains in the game and seems to be fine.

5:15 — DeAndre Jordan and Klay Thompson come off the bench first for Team USA. DeMarcus Cousins sits but was effective to start the game, scoring five points and drawing a few fouls. He was double-teamed every time he touched the ball and traveled twice.

A good sign for the Americans: Thompson hits his first shot, a 3-pointer, and then hits Jordan for an alley-oop slam. Jordan gets another oop, and Serbia calls their second timeout.

8:05 — A monstrous breakaway dunk from DeMarcus Cousins puts an exclamation point on an 8-0 USA run to start the game.

Pregame: The Americans narrowly escaped with a victory Wednesday against upstart Australia, which currently leads the group with a 3-1 record and seven points.

It took a dominant fourth quarter from Carmelo Anthony and Kyrie Irving to dispel their foes. The duo combined for 50 of USA’s 98 points, including 31 from Anthony on nine 3-pointers.

Anthony is now the team’s second-leading scorer through three games in Rio, as well as the USA program’s all-time leading scorer. Only Kevin Durant has scored more in Rio, and it’s a close battle — 55 points (18.3 ppg) for Durant in 27.0 minutes per game to 54 points (18.0 in 26.3 minutes) for Anthony.

The U.S., as expected, is scoring at a much higher rate than any other team in the tournament. They’re currently averaging 110 points as a team through three games. No other team has even averaged 90.

Their defense also has been tremendous, though that’s likely more of a product of the general lackluster competition than their own skill. They’ve been a bit sloppy, and it showed versus Australia. Still, they’re allowing opponents to score just 73 points per game, good for an average margin of victory of 37 points.

After Durant and Anthony, Paul George and Kyrie Irving have excelled for USA as well. George was inserted into the starting lineup vs. Australia after Golden State Warriors shooting guard Klay Thompson got off to an awful start in two starts. Thompson has scored just eight points in three games, the fewest on the team. George, meanwhile, is averaging 13.3 thus far.

For the Serbs, there’s only a few names that might be vaguely familiar to diehard NBA fans. Bogdan Bogdanovic, a 23-year-old guard, was drafted by the Phoenix Suns in the first round of the 2014 NBA Draft, but has yet to join the team. Based on his performances in the Olympics, that might change soon.

Additionally, Nikola Jokic was named to the All-Rookie Team last season after a great first campaign with the Denver Nuggets. Miroslav Raduljica, Serbia’s star center, had a cup of coffee with the Milwaukee Bucks a few years ago. He’s leading the team in scoring at 19.7 points in 22.7 minutes.

Bogdanovic has been Serbia’s second-leading Olympic scorer, averaging 13.7 points in almost 28 minutes per game. He’s been their best 3-point threat as well, shooting 50 percent (6 of 12) from beyond the arc.

Another name to watch: Milos Teodosic. He’s a Serbian star point guard, the captain of the team, and a player USA coach Mike Krzyzewski hasn’t stopped talking about.

Here are the projected starting lineups for USA vs. Serbia: 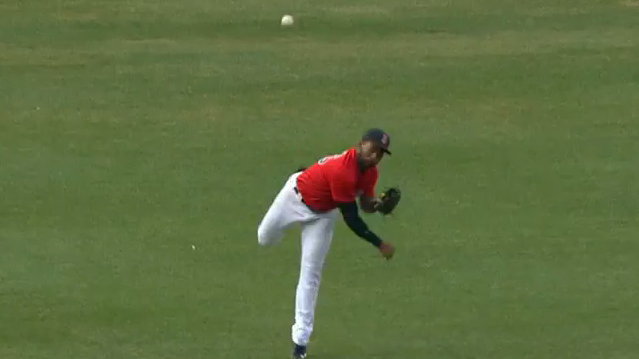