Final, 82-76, USA: It wasn’t pretty, but Team USA has found its way back to the Olympic gold medal game.

Led by Klay Thompson’s team-high 22 points and an excellent effort by DeAndre Jordan (nine points, 16 rebounds, four blocks), the U.S. men’s basketball team earned a 82-76 win over Spain in the 2016 Olympics semifinal round.

DeAndre Jordan had 2 blocks in the first 6 games of the #Olympics combined. He has 4 today for #USA. #Rio2016 pic.twitter.com/CHD7hdsD7y

The Americans never trailed, but they also never pulled away from a feisty Spain team that got a huge performance from Pau Gasol (game-high 23 points).

Team USA will make its 3rd straight appearance in the gold medal game, and face winner of Australia/Serbia. pic.twitter.com/PhKGBSd8lZ

Fourth quarter, 1:41, 80-69 USA: The U.S. got a series of clutch offensive rebounds that led to a Durant floater, as its lead looks insurmountable for Spain.

Fourth quarter, 2:38, 78-69 USA: Spain has taken a timeout. It is staying competitive but will need to start hitting big shots and getting stops on defense.

Fourth quarter, 5:00, 75-65 USA: The three-ball is helping Spain stay in this thing. Thompson hit another 3-pointer to give him a team-high 22 points.

Fourth quarter, 7:56, 70-57 USA: Gasol is on the bench for Spain, and Team USA is taking advantage, as buckets from Kyle Lowry and Paul George have given the Americans their largest lead of the game.

End of third quarter, 66-57 USA: Gasol continues to keep his country in it, as he and Sergio Rodriguez both hit 3-pointers late in the third.

Gasol has a game-high 23 points, while Thompson (19 points) and Jordan (nine points, 12 rebounds) both played well for Team USA in the frame.

The Los Angeles Clippers big man delivered a thunderous putback slam that led directly to a Spain timeout. He has seven points and nine rebounds already.

Third quarter, 5:46, 53-45 USA: Carmelo Anthony just got a big and-one at the rim as the U.S. tries to stretch its lead. Meanwhile, it continues to be the Pau Show for Spain.

The Americans hold a slim seven-point lead after a choppy, foul-filled first half. Thompson is a big reason why, with a game-high 17 points and 3-for-5 shooting from three. But Durant and DeMarcus Cousins both have three fouls already, which will be something to monitor in the second half against a feisty Spain team.

Meanwhile, another technical foul was called on Spain’s Nikola Mirotic, the fourth of the game already. These referees aren’t messing around.

Second quarter, 3:40, 33-30 USA: Spain isn’t going anywhere, folks. The scrappy Spaniards have gone on a 10-3 run to cut the U.S. lead to three and drew a technical foul on Durant with some smothering defense.

Second quarter, 6:40, 30-20 USA: The U.S. is in front by double digits, largely thanks to its 24-10 advantage in the rebound department. The Americans already have corralled 11 offensive boards.

Second quarter, 7:30, 28-20 USA: Things are getting tense in Rio, as Spain’s bench and USA’s Paul George both were hit with technical fouls in a span of about a minute.

Team USA, meanwhile, missed its first six shots of the quarter before Jordan finally broke the drought with a thunderous dunk.

The six-time NBA All-Star scored a game-high 12 points in the first frame, including a straightaway 3-pointer. But the U.S. finished the quarter strong, as Kyle Lowry drilled a three with time winding down to give America its largest lead of the game.

First quarter, 3:00, 17-13 USA: Durant has a quick seven points, reaching an impressive milestone in the process.

First quarter, 4:28, 16-9 USA: Both teams have looked a little rusty early, but the Golden State Warriors are keeping the Americans in front, as Klay Thompson got on the board with a corner three.

Pau Gasol came to play for Spain, though: He has seven of La Roja’s first nine points.

First quarter, 7:09, 9-5 USA: After a bit of a frantic start, the Americans are in front early thanks to a deep Kevin Durant 3-pointer and a monster block at the rim by DeAndre Jordan.

Tip-off: And we’re off. Spain sets the tone early with a steal on Team USA’s opening possession.

2:25 p.m.: We’re moments away from tip-off at Carioca Arena 1. Here are the starting lineups for both teams:

1:35 p.m. ET: Can Team USA continue to fend off all comers on the hardwood? We’ll find out in about an hour.

The U.S. men’s basketball team will clash with Spain on Friday afternoon in the semifinal round of the 2016 Olympics in Rio de Janeiro.

With the exception of a preliminary round scare against Australia, the Americans have navigated through Rio with relative ease, most recently demolishing Argentina in a convincing quarterfinal win.

But taking down Spain might not be as easy. Led by Gasol brothers Pau and Marc, Ricky Rubio, Jose Calderon and Rudy Fernandez, the Spaniards rolled over France in their own quarterfinal matchup.

Spain also came within seven points of upsetting Team USA at the 2012 Olympics in London, falling 107-100 in the gold medal game.

This, of course, is a much different U.S. squad than four years ago, but the Americans have gotten excellent play from Kevin Durant — as well as solid contributions from Carmelo Anthony and Kyrie Irving — and still are favored to advance to the gold medal match.

Keep it right here for live score updates, highlights and analysis from USA vs. Spain. 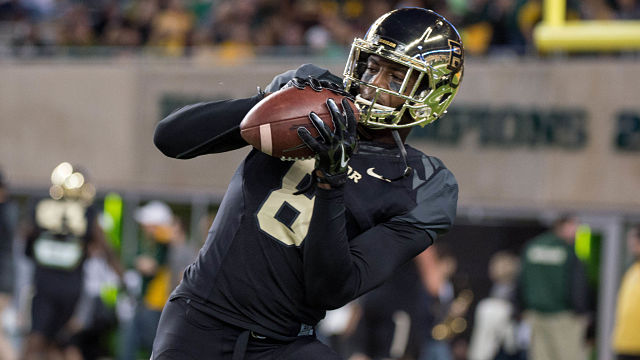 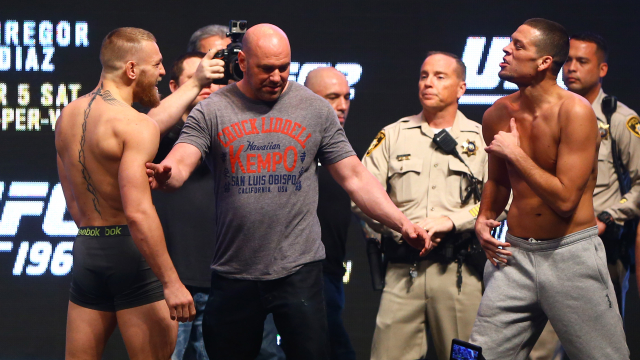