UPDATE (12:35 p.m.): The reporter, Dave Brown of the Concord Monitor, reached out to clarify his intentions, and said his intention was to seek out real answers.

Brown was quoted by Forbes in August as saying, “To use a football analogy, Bill Walsh respected Buddy Ryan’s 46 defense, but had to figure out a way to get around it. So for the last eight years, I’ve been thinking: ‘Is there a way to get (Belichick) off his game plan?’ ” Brown clarified that answer by saying, “Yeah, his game plan to avoid answering my questions. I’m not going pretend his illogical answer was logical.”

ORIGINAL STORY: FOXBORO, Mass. — A reporter went out of his way to get Bill Belichick’s goat Tuesday and accomplished just that.

The back and forth between the New England Patriots coach and the reporter started out innocuous enough. The reporter wanted to know if the Patriots needed an exact diagnosis on Jimmy Garoppolo’s health before they decided whether or not to sign another quarterback. Belichick answered in his typical fashion. Then the reporter continued to repeat some form of the same question while interrupting Belichick three times.

Q: Do you have to get some certainty into what the health situation is before you make a personnel decision, and how do you juggle those?
“I’m a football coach. I’m not a doctor. The medical staff is the medical staff. I coach the team. The medical people handle the injuries. They don’t call plays, I don’t do surgery. We have a great deal there. It works out good.”

The same reporter caused a stir earlier in the summer when he asked Belichick if there was a possibility Garoppolo, based on his play during the first four weeks of the season, could unseat Tom Brady, who’s serving a four-game suspension, as the Patriots’ starting quarterback.

Belichick muttered, “Jesus Christ,” because he had addressed that very topic two days earlier when he said Brady would start in Week 5.

So here we are. The reporter makes himself the story again. 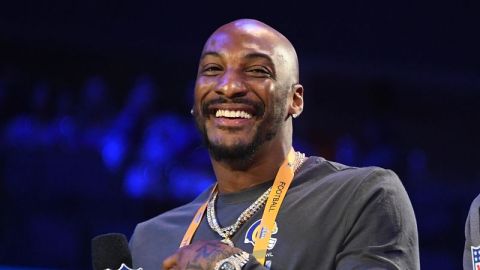