FOXBORO, Mass. — After Jacoby Brissett crossed over the goal line for his first NFL touchdown, he didn’t hand the football to the referee.

He didn’t drop it to the turf to celebrate with the mob of New England Patriots teammates that had converged around him.

He didn’t pull out a Rob Gronkowski-style spike.

He ran to the sideline and presented it to Patriots coach Bill Belichick.

Why? Because that was his job Thursday night at Gillette Stadium: to keep the ball out of the hands of the Houston Texans defense.

?I was supposed to give (Belichick) the ball,? Brissett said. ?Make sure (the Texans) don?t get it. Make sure we get it. So, I gave it to him.?

The rookie quarterback, who started in place of the injured Jimmy Garoppolo and the suspended Tom Brady, fulfilled his promise in a non-literal sense, as well, finishing with zero turnovers as he piloted the Patriots to a 27-0 victory.

Executing an expertly constructed game plan that primarily consisted of short passes, screens, LeGarrette Blount runs and the occasional old-school wrinkle, Brissett completed 11 of 19 passes for 103 yards in his first game as an NFL starter. He also carried the ball eight times for 48 yards, 27 of which came on the aforementioned touchdown run — the longest by a Patriots quarterback in 40 years.

?It was crazy,” Brissett said. “It was awesome. I was just running until I got stopped. It worked out how we planned it was going to work out. I just had to make one guy miss at the end zone. And the guys up front did a great job, and (wide receiver Malcolm Mitchell) on that side did a great job blocking that guy.?

Brissett’s outing wasn’t nearly as awe-inspiring as the show Garoppolo put on during the first half of Sunday’s win over the Miami Dolphins. But with the Patriots’ defense and special teams both putting forth their best efforts of the young season, it didn’t need to be.

“I think he handled himself great last week, this week, all week, every day,” Belichick said. “He?s done nothing but come in here and work as hard as he possibly can — when we had three quarterbacks — to take his opportunities and learn from the other two guys, when it was him and Jimmy and then this week it was pretty much all him. He?s just a hard-working kid that is really dedicated to doing what?s right for the team and trying to improve on anything that you tell him. He just wants to do what the coach tells him to do. I?m glad we have him.”

As for the ball Brissett gave Belichick on the sideline? The coach returned it to its rightful owner after the game.

“Yeah, I was just holding the ball for him,” Belichick said. “That?s his ball. That?s his first touchdown ball, so that?ll go up on his trophy (case).” 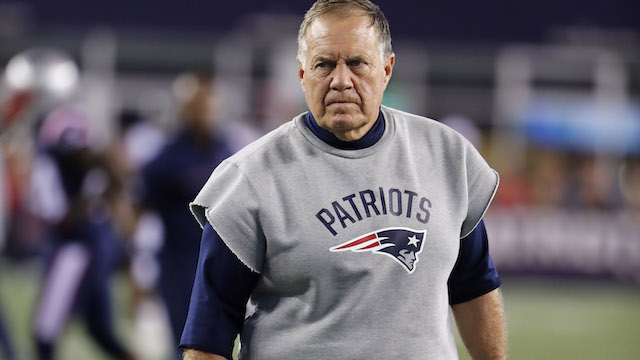 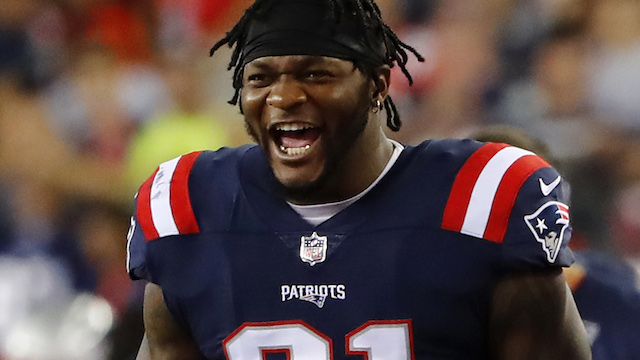