No member of the New England Patriots’ organization has improved his own stock more this season than Josh McDaniels.

McDaniels’ innovative and ever-changing offensive game plans have helped New England maintain its status as one of the NFL’s top teams even without star quarterback Tom Brady, who has one week remaining on his four-game Deflategate suspension.

The Jimmy Garoppolo- and Jacoby Brissett-led Patriots have yet to lose this season, and their 3-0 start has amplified debate over whether McDaniels, the team’s offensive coordinator since 2012, will seek a promotion next offseason.

McDaniels plans to do just that, CBSSports.com’s Jason La Canfora reported over the weekend.

“Patriots offensive coordinator Josh McDaniels will pursue head-coaching opportunities in 2017, according to sources with knowledge of the situation, and is virtually certain to be moving on from New England after this season,” La Canfora wrote Sunday. “After years of hedging his bets and giving strong indications he was most likely to stay with Bill Belichick, McDaniels is prepared to move on if the right opportunity presents itself.”

McDaniels, who dialed up Brissett’s first NFL touchdown Thursday night on a designed quarterback bootleg, discussed his future Monday during an appearance on WEEI’s “Kirk & Callahan.”

“I love where I?m at,” McDaniels said. “I?ve said before that I think we all have aspirations to grow and get better and improve and eventually move up and what have you. Who knows? Maybe that day happens, maybe it doesn?t.

“But I know this: I?m really thankful I have the opportunity I have to coach the players that we have here, and to work underneath Bill (Belichick) and Robert (Kraft) and the Kraft family. It?s a privilege here. I feel like I have one of the best jobs in the world. I?m just thankful I have an opportunity to come here and do it each week. It?s a great honor to do that. Like I said, I enjoy it so much working with these guys here each week.?

Though McDaniels has spent most of his coaching career as a Patriots assistant, he does have NFL head-coaching experience. He went 11-17 as head coach of the Denver Broncos before being fired midway through the 2010 season.

The Patriots, who routed the Houston Texans 27-0 on Thursday, will host the Buffalo Bills on Sunday at Gillette Stadium. 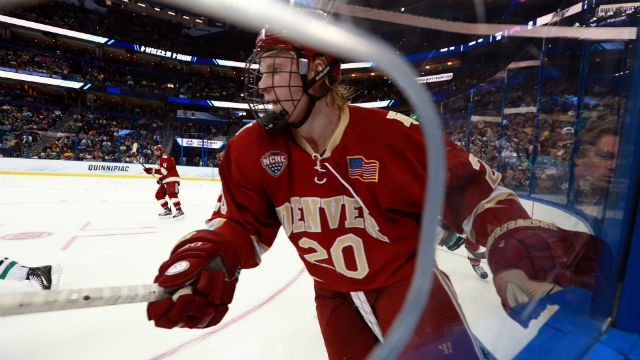 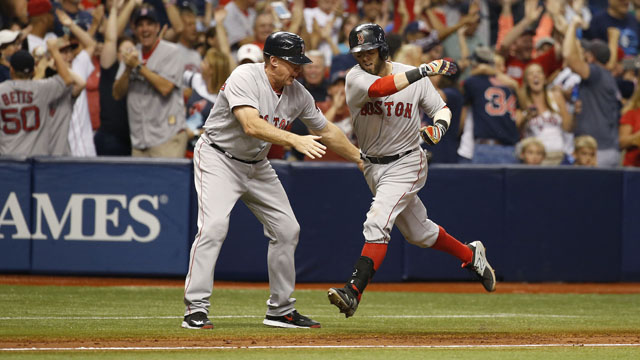