Following the playing of the national anthem, McCourty and Bennett formed fists with their right hands and raised them to the sky. After the game, McCourty explained the significance of that gesture.

?Around the NFL, a lot of guys are doing different things,” the New England Patriots safety told reporters after his team’s 23-21 win over the Arizona Cardinals. “It?s all for the same cause: different social injustices. We?ve talked as players throughout the league trying to make change in our communities one by one using our platform, not just doing it on Sunday?s and game days. We?ve talked about different things we?re going to try to do to help the country and help our communities out.

“(On Sunday), I wore socks with the American flag. I believe in this country. I love this country. My father was in the Army. My older brother was in the Army. Those men and women go out there and put their life on the line. I respect that. That?s the reason why I didn?t do anything during the anthem because I respect it. You talk to people about how much respect they have for the flag. That?s why they believe. That?s why they go fight. Nothing but respect for that.”

Kickoff Sunday in the NFL this year coincided with the 15th anniversary of the Sept. 11 terror attacks. McCourty, who grew up just north of New York City, said he still has vivid memories of that day.

“On a day like 9/11, being from New York, I remember being in high school when that happened,” the 29-year-old Patriots captain told reporters. “Parents and friends, friends’ parents working (at the World Trade Center). Not knowing what was really going on. It was big. I think everybody realizes 9/11 and what it means to this country. Always try to remember all of those who died in that terrible incident and the people that went in there and tried to help.”

He continued: “As players, we respect the anthem. A lot of guys have friends and family members that serve and believe in what people go out there and fight for, but you also see guys that believe in using our platform and trying to be leaders and help change in the country. We love this country, but it doesn’t mean we can’t improve it. As national football players, we have a platform. Just like many of us have different charities and do different things in the community, this is a part of it. I’m proud to be a part of the NFL.”

McCourty led all Patriots players with 10 tackles against the Cardinals. 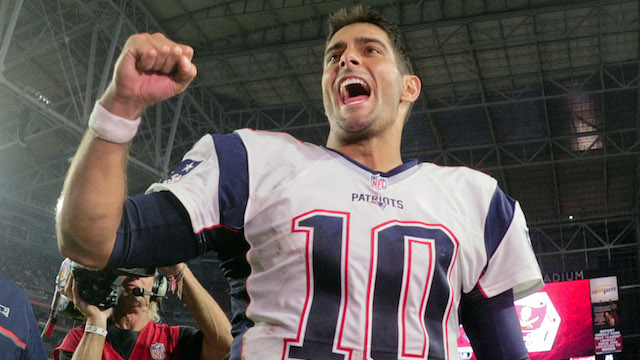 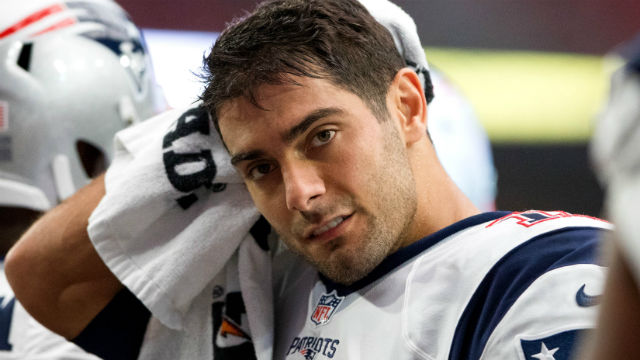 Patriots Vs. Cardinals Notes: Bill Belichick Has No Time For Jimmy Garoppolo Storylines