It’s as if fate wanted to see what New England Patriots offensive coordinator Josh McDaniels could take before his unit finally started to crumble.

That still didn’t happen in Week 2, despite the Patriots playing with third-string rookie quarterback Jacoby Brissett for more than half of their 31-24 win over the Miami Dolphins.

McDaniels, on the fly, adjusted to dial up a more simple, run-heavy offense for Brissett to man after starter Jimmy Garoppolo left the game with a shoulder injury. And while the Patriots scored just 10 points with Brissett at the helm, a) they didn’t need more, and b) it’s a testament to McDaniels that they scored at all.

Brissett rarely moved beyond his first read on his passing attempts, and when he had to, he tucked the ball and ran. The Patriots designed screens, fake screens and play-action passes to get receivers open. Brissett relied on his most trusted targets to get open in short spaces, and he delivered the ball accurately to complete 6 of 9 passes for 92 yards. Brissett needed an average of just 2.13 seconds to get rid of the ball.

Let’s look at the film for a deeper dive into Brissett’s performance.

— Play action accomplished two things on this 37-yard completion — the first of Brissett’s career — to tight end Martellus Bennett. First, it allowed Brissett to get rid of the ball without having pressure in his face, and second, it enabled Bennett to get wide open. The Dolphins bit hard on the play fake.

— The Patriots used motion and route combinations to get wide receiver Chris Hogan open with room to run on second down early in the fourth quarter. Rookie wide receiver Malcolm Mitchell successfully cut off rookie cornerback Xavien Howard, allowing Hogan room to pick up the first down. Howard should have taken an inside route on Hogan but was caught up in traffic.

— The Patriots tried a similar play later in the fourth quarter, but safety Michael Thomas sniffed it out. With pressure bearing down and his first read covered, Brissett bailed on the play and threw the ball away.

Dialing the offense back for Brissett came after the Patriots notched up the intensity for Garoppolo, who relied, and excelled, on deeper passes with more intricate throws. Garoppolo held the ball for an average of 2.34 seconds.

It helped the Patriots’ offense that running back LeGarrette Blount was more effective with Brissett than Garoppolo. Blount had 19 carries for 102 yards and one touchdown with Brissett, and he had 21 yards on 10 carries with Garoppolo.

Blount was boom or bust, just as he was in Week 1 and the preseason, against the Dolphins. Of Blount’s 29 carries, 10 went for 1 yard or less and six went for 9 yards or more. Whether Blount pops off for a big carry depends heavily on the Patriots’ offensive line, as is the case with most running backs. When there’s no room to run, Blount typically doesn’t create it on its own. But when he has a seam, he makes the most of it, running through or over defenders.

— The Patriots’ offensive line couldn’t get a push on this run midway through the third quarter, and Blount hadn’t generated enough steam to power through the Dolphins’ linebackers.

— Blount is a much different runner when he has a seam to burst through and build up steam. Then he can carry defenders 8 yards down the field.

It would be unreasonable to expect Brissett to run the same offense as Garoppolo or Brady with the Patriots. But McDaniels proved the Patriots still could move the ball with Brissett at the helm Sunday afternoon. They’ll just need some help from Blount against the Houston Texans on Thursday night if Garoppolo can’t go.

Some other observations from our film review:

— Rookie guard Joe Thuney was much better against the run than as a pass protector, where he struggled to block Ndamukong Suh and Jason Jones. Thuney also was flagged for two holding penalties.

— The Patriots didn’t drop any passes in Week 1 but suffered five, including two on throws from Jacoby Brissett, in Week 2. They have to be better Thursday to aid Brissett.

— Linebacker Jonathan Freeny filled in admirably for Dont’a Hightower as a run defender. He couldn’t replace Hightower’s pass-rushing production, however. Few could. Hightower is the Patriots’ most productive pass rusher per snap.

— Linebacker Barkevious Mingo showed off his acceleration when he caught Dolphins running back Jay Ajayi from behind on a second-quarter carry.

— Shaq Mason didn’t light the world on fire as a pass blocker or a run defender. When Jonathan Cooper is healthy, the Patriots might as well see what they have in him.

— Running back James White showed impressive quickness on a 16-yard carry early in the second quarter. It was White’s longest carry of his career. Center David Andrews delivered a great block on the play.

— Fullback James Develin already has done his part in improving the Patriots’ run game this season. They struggled without him in 2015.

— Find the Patriots’ pass rush, coverage, protection and accuracy stats here. Malcolm Butler struggled in coverage, though the Dolphins’ receivers were a handful. Second-year pro DeVante Parker snatched a one-handed catch over Logan Ryan, in which there wasn’t much the Patriots cornerback could do to stop it. 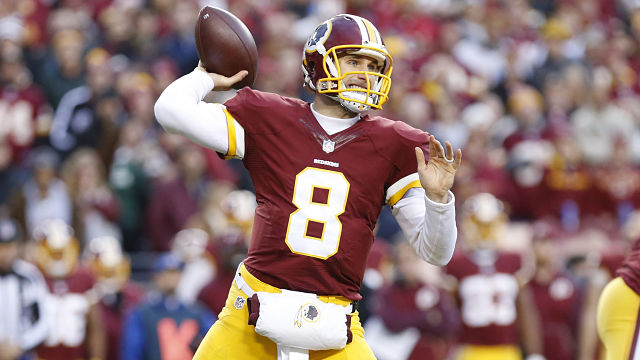 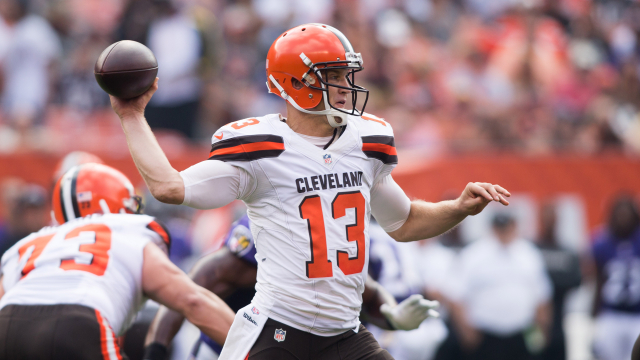 Josh McCown Injury: Browns Reportedly Expect QB To Be Out For A While