If we told you the Boston Red Sox’s bullpen was tasked with recording 18 outs against one of the most dangerous offenses in baseball, you’d probably expect the worst.

Red Sox starter Clay Buchholz was roughed up Sunday at Rogers Centre, surrendering six runs in just three innings as the Toronto Blue Jays jumped out to an early lead. That placed a huge burden on Boston’s relief unit, which has been one of the team’s Achilles’ heels this season.

But the Red Sox’s relievers were up to the challenge Sunday. After Heath Hembree gave up a two-run homer to Edwin Encarnacion in the fourth inning, a combination of six pitchers held the Blue Jays scoreless over the final five innings to help Boston earn an important 11-8 win.

“This was about one guy picking up another,” Red Sox manager John Farrell told reporters after the game, as seen on NESN’s “Extra Innings LIVE.” “Clay exits early, we go to the bullpen, the offense climbs right back into it. So, every out by guys coming out of the bullpen was key, all the way down to Noe Ramirez’s one out to set it up to piece together the fifth inning.”

Ramirez was one of four Red Sox relievers who pitched less than a full inning, as Farrell constantly mixed and matched in the late innings.

But the most promising performances came in the back end of the bullpen. Brad Ziegler struck out three batters over 1 2/3 innings to bridge the gap to Koji Uehara and Craig Kimbrel, who pitched scoreless eighth and ninth innings, respectfully, to shut the door.

“Our guys did a great job,” Farrell added. “Again, Ziegler with (1 2/3 innings), every out was key. Matt Barnes coming in for a key ground ball out to end the inning. Koji, who’s now back in the mix, while his stuff might not be as crisp as we’ve seen in the past, he goes through another key part of that order to get another zero on the board.

“Like I said, this was one guy picking up the next, and it required that (Sunday).”

— Another win for the Red Sox gave them a two-game lead over the Blue Jays in the American Leagues East with just 20 games remaining. It also allowed Bradley and Co. to deliver an encore performance of their new “Ski Jump” celebration.

You might want to hold onto those sunglasses next time, Jackie.

— Dustin Pedroia tallied two more hits Sunday to bring his batting average to .329, just 10 percentage points behind Jose Altuve for the best in the American League.

The Red Sox second baseman is having one of the best seasons of his career at 33 years old, and it appears self-preservation is a big reason why. In an interview with WEEI.com’s Rob Bradford on Saturday, Pedroia admitted he hasn’t taken batting practice outside in two months.

“I’ve been around long enough to know hitting BP is irrelevant,” Pedroia said, via WEEI.com. “We do it everyday because that’s what everybody has done for however many years. If you find a way to stay fresh by not doing that, it’s a good thing.”

— Yoan Moncada made a baserunning blunder in Saturday’s loss, but Farrell insisted he’ll still use the Red Sox rookie in pinch-running situations.

“In a two-out situation, he’s the one guy (off the bench) that can score a run on a ball down the line,” Farrell said before Sunday’s game, via MassLive.com. “He’s got to learn from (Saturday).” 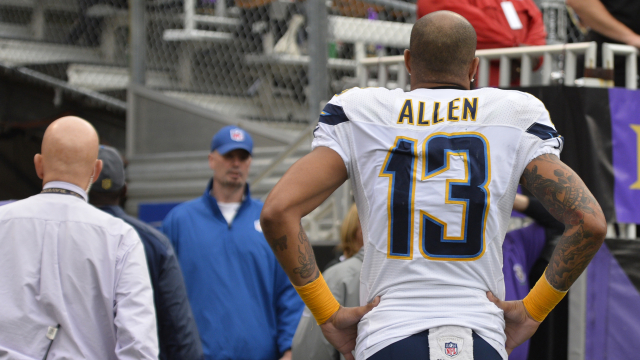 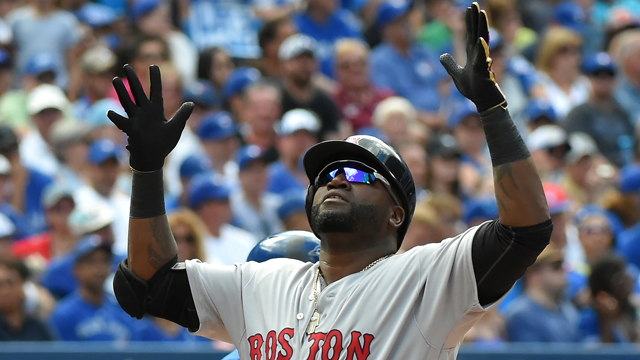